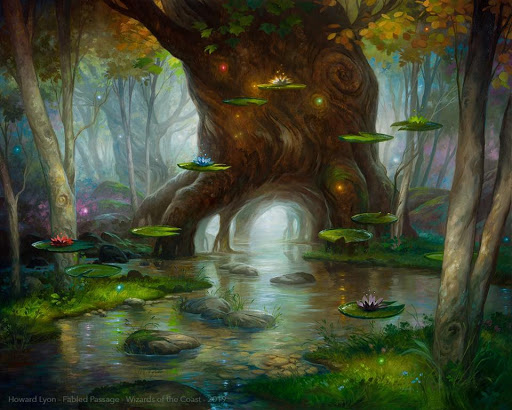 Kaldheim is available to be bought today, and while people are going to get their preorder product and crack it in a fervor of foil and new-card smell, I want to look at the most expensive stuff that’s been printed since War of the Spark gave us the Amano Liliana: Commander Legends. Jeweled Lotus has all the attention, but there’s a lot of very good cards in the set that you should stock up on before it becomes too expensive.

First of all, I want to talk a little about the composition of the Collector Boosters. The main thing is that there are dedicated slots for the uncommon etched foils and the rare/mythic etched foils. These aren’t commonplace exactly, but they don’t have the 30% chance of upgrading that the Extended Art cards had. That means it’ll take that much longer for the etched foils to take off, generally speaking. Some of them are already pricey, but it’s important to know that there’s a lot more etched foils in circulation than there are Extended Art/Foil Extended Art.

Thrasios, Triton Hero (etched foil) – $26 – This price comes after a high of $80 during 2020, the reprint couldn’t have come along better for the little merfolk who makes you want to flip the table:

There’s nothing that UG decks love more than ramping and drawing, and Thrasios gives you the chance to do both at once. When he’s on the table, you know it requires an answer, but next thing you know, there’s a Training Grounds and a Heartstone out and you watch this player get six more lands into play before untapping and doing irritating things. Thrasios made a lot of sense as an expensive card because it was featured in the Commander 2016 set, no one had extras. We’re at maximum supply for Thrasios, and the really powerful thing is the Partner mechanic. Add whatever colors you’d like to this card and the deck you’re building, just go to town.

We know how expensive Thrasios can be, and this remains one of the most deceptively powerful Simic Commanders, not least because dying once or twice doesn’t affect the mana too terribly. It’ll start rising soon, and before summer 2022, it’ll be $50 again.

Yuriko, the Tiger’s Shadow (etched foil) – $11 – What’s really appealing here is that the etched foil is competing with the Judge foil. That has fallen to about $14, down nearly $10 since the reprint. There aren’t quite enough Ninjas for an all-Ninja deck, but you can build a sweet deck and there is always the chance of more Ninjas (like in Modern Horizons) or a return to Kamigawa. When that happens, supply on this will vanish, and I would want to have a few of these ready to go.

Reliquary Tower (FEA) – $6 – The pack foil from Conflux is two bucks more, and the FNM is slightly more than that, but this has a huge Commander demand baked in, though there’s a whole lot of foil versions to choose from. This is the only special frame, and I want the foil version to make the shiny-hunters happy. I can’t predict when this will be the most expensive one, but that’s only a matter of time.

Seraphic Greatsword (FEA)/Profane Transfusion(FEA)/Soulfire Eruption(FEA) – $7 – These are the three cheapest FEA mythics from the set, and this would be pure speculation. We know how expensive these FEA mythics can be, thanks to Jeweled Lotus, which makes these a fascinating pick. The red and black ones have much lower stock on TCG, but the Greatsword has a ton of very optimistic listings on TCGplayer. If you pick these up, you’re doing so out of pure hope and recognizing the scarcity of these cards.

Phyrexian Triniform (FEA) – $15 – So far, only about 1000 people have listed this in their Commander decks on EDHREC, but I’m looking at things like Darksteel Colossus and artifact-based decks, because this enables a lot of fun combos or represents enormous value with the 3/3 creatures that get left behind. Again, FEA mythics from this set are crazy rare, getting one of a particular mythic about every 400 packs. If you might want one, it’s time to hurry up and get it. The high casting cost doesn’t faze me, there’s a ten-mana card that’s already jumped $20 since the set came out:

So yeah, get your Triniform whilst you can.

Arcane Signet (FEA) – $26 – As much of a staple as staples can be, I like this card but I’m very certain it gets a reprint in FEA at some point. Will it have the same art? If it’s the same art, it’ll fall pretty far, like what happened to FEA Fabled Passage. Nearly $100 when the reprint hit in Core 2021, now reduced to $25. If the art is different, it’ll be a decision between preferences, and then who knows? Again, I think you get your personal copies now while they are cheap, but don’t try to stock up too hard on these.

Return to Dust (FEA) – $1.50 – Finally, let’s look at a card which is in 28,000 decks online, has only two foils, and this is the only special frame. A buck and a half is a crazy low price for this, given that only one out of every 2.5 packs had any of the FEA uncommons, but here we are. It’s not the cheapest, that honor goes to Humble Defector and likely always will, but this is the best version of this staple. Time Spiral is the original foil, that’s $10, but that’s also a set with a tiny supply and so many years of copies being lost/damaged. This is the first foil since then, and copies aren’t yet being snapped up but time will tell on this. Picking up a brick of these now is a no-brainer, in anticipation of the inevitable rise up towards the price of the original foil.