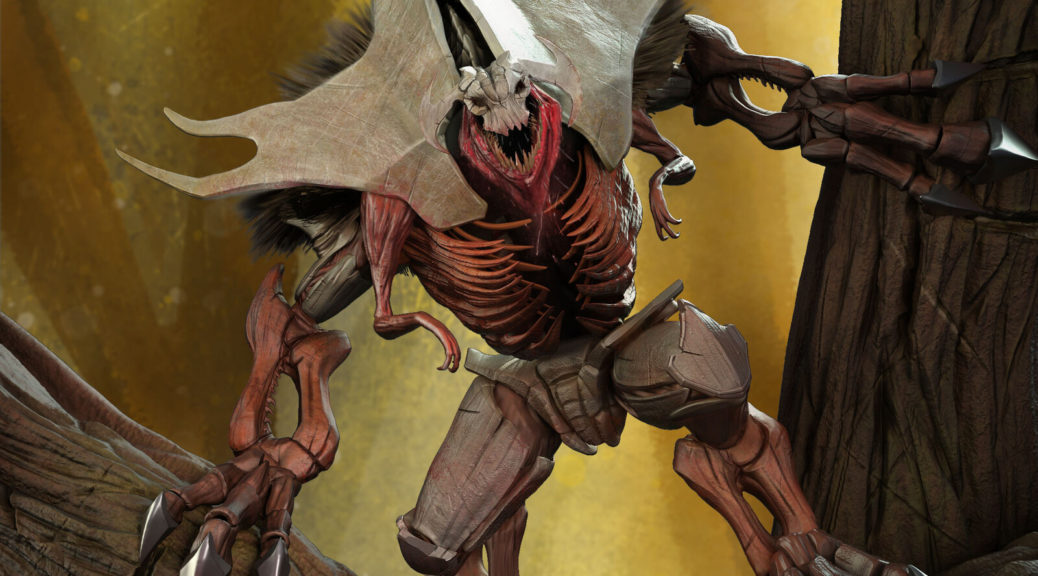 Right now, one card, with two versions, is soaking up most of the value of Kaldheim packs, and yes, it’s Vorinclex, Monstrous Raider. It’s been a while since we had a set that was underwhelming financially, and it’s worth discussing what happens to everything else in the set and how we got to this point.

Vorinclex has hit his low price, and from here, I expect it to trend steadily upwards:

The Phyrexian version is more common than the Showcase version, because packs in every language can end up with a Phyrexian-language Vorinclex. The demand is that much higher, though, as evidenced by such a high pre-order price for the nonfoil.

Kaldheim still has some cards that are nice to find in a booster pack, but past the top handful, it gets pretty rough. The last time we had a set with an effect like this, it was the Masterpieces. I’m thinking of both the Inventions from Kaladesh block and the Invocations from Amonkhet block.

When there’s a chase version of a card every X packs/boxes, it depresses the prices of the other cards. Phyrexian foil Vorinclex is going for $300 and rising, which means at distributor prices, you need to open one of those at a certain rate to make it worthwhile. It was worth it for the Masterpieces, which were more common as a set than Phyrexian foil Vorinclex, but it’s not quite there yet.

It will be, though. The demand is real from Commander players and collectors who want the hottest things from each set, regardless of price. It doesn’t take a lot of those folks to really move the needle, and that’s how we get FEA Jeweled Lotus at prices that are consistently rising:

So what do we do, when there’s a high-value singleton and everything else is falling in price as expected? We should prepare for the rest of the cards to keep falling as the star rises, and adjust expectations accordingly.

It also needs to be said that while the set has a lot of good cards, there’s a noticeable shift in power level, away from the tremendousness that was most of the past year and all of the bans that happened are testament to that power level. Kaldheim isn’t a bad set, it’s just that there’s very few cards which compare favorably to the sets that came before.

With all the interest on the top few cards, there’s a few cards I’ve got my eye on and I’m hoping that they fall to a target price. I’m prepared for them to not fall that far, but the combination of lower power and leftover financial interest means they’ve got farther to go.

Reflections of Littjara – Currently at $1.50 for the regulars and falling, this is a card that every tribal deck should give serious thought to. It’s part of the class of Commander cards that say ‘I don’t do anything right now, but I’m about to make the table groan in disgust and envy.’ I like this card a lot in the long term, but I’m fully willing to be patient for this to creep down to a dollar for the regular version. There’s a promo foil from the Kaldheim bundle, and that’s available for $2 or less, but that isn’t borderless foil. Once these sink lower, I think they will be an excellent long term hold.

Maskwood Nexus – This isn’t as cheap,with regulars being $2.50 and the FEA versions pushing $10, but the effect is real and this being colorless means it’s a backup to the decks playing Conspiracy, Arcane Adaptation, or both. The early adopters all have their copies, and now we’re in the waiting game for the rest of them to fall in price. Arcane Adaptation doubled in a year, and while I don’t think this will go to $20 that fast, I do think it’ll trickle down to $7 or even $5 and that’s really when I want to pick up a few copies.

The World Tree – Obvious cards are obvious, and this is no exception. It has to go into five-color decks but that’s the sort of deck that really needs fixing that’s as simple as playing a tapped land. This has come down notably since the beginning of the set:

It’s flattened out for now but I’m letting this cool down even more. I grabbed a personal copy already but the spec copies I’m being patient on the rest of the copies I want to get. I don’t know how much farther down they will go in full-art foil, but I’m more intrigued by the regular copies at $3 or so. I don’t think it’s a reprint risk, either, even if they do a five-color Commander deck I doubt it would be in there.

Mystic Reflection – There are a lot of meme-level interactions with this card, and that’s the only reason that I can think of for this to still be as expensive as it is. It’s not a huge Commander card, though it’s got lots of amusing interactions. Frankly, this feels like it should be a bulk rare, and that’s the sort of price I want to get in on. This being about $14 for the foil full art is especially confusing, and I definitely do not want to be buying a card with no obvious uses.