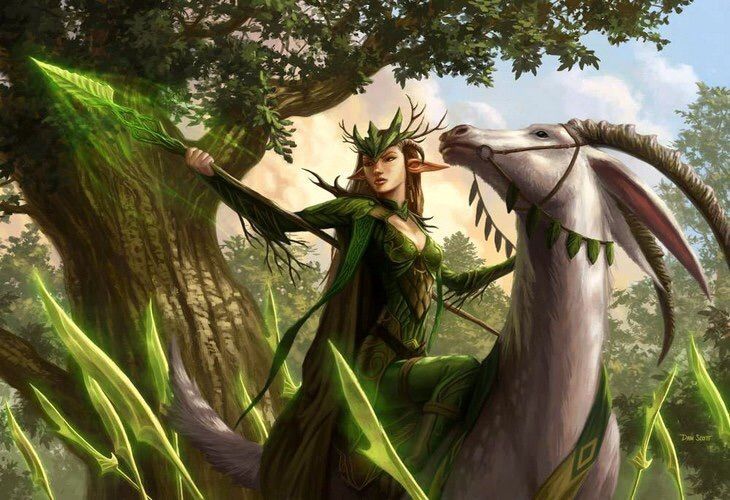 I don’t expect YOU to upgrade the Kaldheim precon decks, necessarily. I am not even going to tell you how I think you should do that – it’s not my job. It’s so not my job I just hired a father/son duo to write that article series on EDHREC and if you came here looking for that, that’s where it is, go nuts. I feel qualified as an EDH-understander to do that, like if you wanted to tweet at me and ask me a specific question, I’m all over it, but, again, not my job. I’m not above it, it’s just outside the scope of what I do here.

Besides, you want me to answer a different question because it’s relevant to your interests. You’re not here for “how do I upgrade these decks” but rather “how are other people upgrading these decks?” and “follow-up, why should I care?” and lucky you, I have the answers to both of those questions locked and loaded.

Do these decks matter? I think one matters more than the other, so I’m going to bury the lede a bit and talk about the less exciting one first.

Ragnar is sort of a weird precon. It plays a little better outside of the box against Lathril than vice versa but once you start adding the ridiculous Elves from Magic’s history to Lathril, Ranar gets outpaced in the arms race. There aren’t really any exciting Foretell cards to add and there likely won’t be more in the future, so it seems like this deck has made itself fairly obsolete by virtue of doubling down on a set-specific mechanic versus giving people another chance/excuse to build Golgari Elves. I rebuilt my Nath deck and it was super cool how everyone scoops to Tergrid. I mean, I hate it, but some people like that, and there are a lot more options for Golgari elves than for Azorius “cards from literally just this one set.”

That said, people are using this as a blink commander to get value when you return stuff. You only get one token when you Ghostway your board, so you’ll have to do it in smaller batches to get value, but value you shall have.

It used to be, a reprinting would tank non-mythic rares pretty hard, but Closet didn’t even really acknowledge that a bunch of supply was added with its Double Masters printing and just hovered around its pre-2018 value. This doesn’t go to $10 for longer than it will take to reprint it again, but with a $4 floor, I think getting in for $3ish on TCG Player and getting out for $6 CK store credit in a year is very achievable and super easy. This card is very good and won’t stop being good.

It’s subtle, but you can see the CK price beginning to diverge from the TCG Player price. One reason for that is that Panharmonicon is on “the list” and can be busted from Kaldheim Collector and Set boosters, giving individual and store-level sellers a few copies to list, driving a race toward the bottom, but not giving a big store like CK enough copies to keep in stock as fast as demand is rising, especially with events closed. If Ck wants copies, they have to throw buylist money at them, and hope people want to mail them in.

They’re paying TCG retail on their buylist, just about. The cheap copies on TCG Player will disappear because set boosters of Kaldheim are about kind of like a dog with two butts – fun and novel at first but the drawbacks quickly make themselves apparent. I am betting on CK’s assessment of the trajectory of this card being the right one. This has very little to do with Ranar except that Panharmonicon should go in every Ranar deck without exception, and this was as good a place to talk about this card as any.

There isn’t much else I love on this page other than maybe Cathars’ Crusade, but that’s never not a buy as soon as it’s reprinted.

Let’s look at the other deck, now, shall we?

Lathril may nor may not want to be at the helm of the deck, but if this card makes people rebuild their Nath deck and jam this in, more power to them because this still caused an Elf deck to be created and it does work in the 99.

There is no money to be made here unless you find these in a binder for its old price at a store that doesn’t look stuff up. Between the Golgari Elf commanders in Commander Legends and now Lathril, there was no reason not to expect this to be in play, but a crazy moonshot wasn’t quite what I expected or I might have mentioned something before. This was $2.50 on November 10th and now it’s 8 times that, which seems high, certainly. I would sell into this hype, but if you don’t have copies, don’t think about Ezuri as much as think about what is absolutely going to predictably go bat$@&% as a result of Strixhaven, buy those cards now and sell into the dumb, predictable hype there. Strixhaven probably gives us Wizard tribal stuff and probably doesn’t reprint the Ezuri equivalent in that precon deck, one of which is bound to be Wizards related. Or, hey, here’s a thought – Bitterblossom spiked because they said Throne of Eldraine would be a fairy tale set and everyone said “YOU HAD ME AT FAIRY” and bought Bitterblossoms. That’s dumb, but if spikes like that are predictable, why not buy the stuff for pennies now and wait for the inevitable?

Oh wow, Kaldheim! A snow set with Vikings and Barbarians and Berserkers. This is going to do so much work when that set drops!

Someone(s) (including my podcast cohost DJ “stank” Johnson) made money buying this for like a quarter and waiting for the big-brain speculator crowd to pay him $4 each for them. There’s free money in Strixhaven and if a basically useless card like Lovisa is in play, imagine what happens if there is a Wizard that’s close to as playable as Ezuri. Yeah, we missed Ezuri, but we got into EDH so there was more than one opportunity every 6 months for a spec to hit. Dust yourself off, look at Wizards lists and make stacks so fat they end up guarded by super problematic goblins in the town where all the kids at Strixhaven buy their wands or whatever.

This JUST got reprinted and it stayed above $10, when it has gotten significantly lower in the past.

Card Kingdom isn’t doing a fire sale and I am not sure you should, either. A lot of people don’t love the new art. If the price is where it is after the card was added to The List AND it got a printing in a product like Commander Collection: Green, I like its chances of rebounding.

I didn’t expect this to be the “better luck next time!” article, but I think the Elves in Commander Legends shortened our window in a way I didn’t anticipate and I could have written this article the day they spoiled Lathril and we still would have been too late. All we can do is prepare better for next time. This going from $3 to $11 is pretty significant, especially for a card with a Duel deck (albeit like the first one ever with 0 supply) printing.

Let’s quickly post some pics of cards it’s NOT too late to buy and call it a day.

I got nothing. All the Elf stuff doubled from all of the Elf decks lately. I literally think next week I’m going to do something I tell you never to do and pick out a bunch of Wizards stuff that probably goes up. Let’s be early for once, shall we? Until next time!