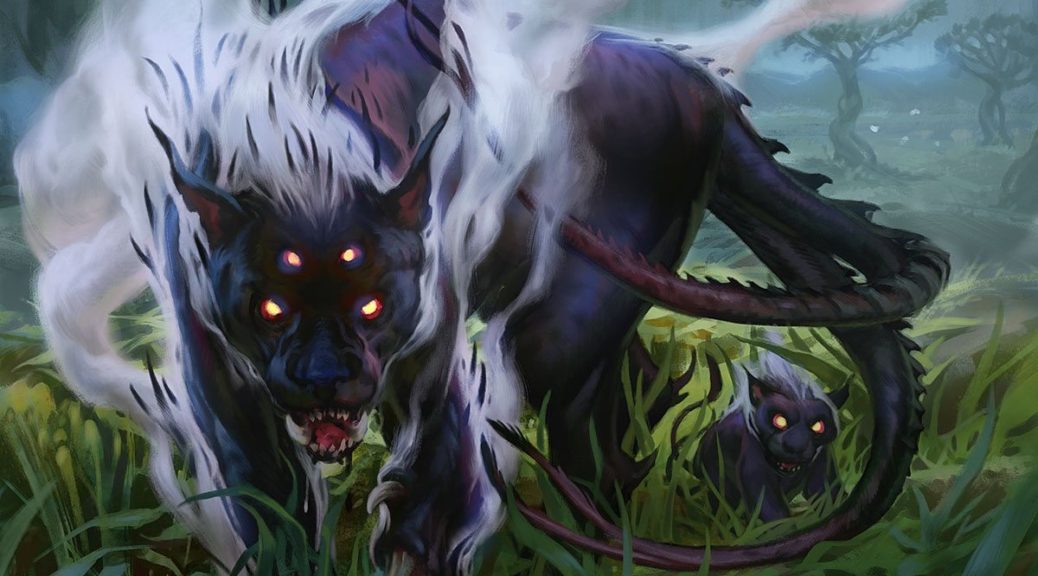 Due to the current global pandemic I’ve generally stayed away from talking about cards for competitive formats, other than cards that I like for longer holds and big potential gains. With vaccinations being rolled out worldwide though, we may start to get in-store play and maybe even some smaller tournaments by the end of the year.

With this in mind, I think that it’s a good time to start taking a look at some of the cards that are going to be in high demand, short supply or both when players are wanting to buy new decks or change and upgrade old ones. Modern is going to be the main format affecting card prices here, but Pioneer is a consideration to bear in mind as well.

Monastery Swiftspear has pretty much been a Modern staple since its first printing in Khans of Tarkir, all the way back in 2014. Since then we’ve seen it utilised in all sorts of different aggressive decks, from Burn to Death’s Shadow to Prowess Blitz, and as such it’s been the number one most popular creature in Modern for a while now. A hasty one drop that stays relevant even late in the game and is pretty much always a good top-deck is very strong indeed, and I find it hard to imagine a Modern metagame where this isn’t at the forefront of the format.

Since the first printing we’ve only had one other foil in IMA until very recently, where we’ve got the new Secret Lair printing (with new art) and the old-border foil that’s coming in Time Spiral Remastered. However, despite there now being four different foils, there are caveats that need discussing. The TSR old border foils are going to be incredibly hard to come by and very expensive because of that, and so acquiring the playset that you need for Modern is going to set you back a fair bit, and isn’t going to be a viable option for a lot of people. The Secret Lair copies are the only ones with a different art, and will definitely be attractive to some people but others won’t like the style so much.

That leaves a lot of people choosing between the KTK and IMA foils, both of which are in rather low supply. If we look at TCG there are only ten listings total across both versions, with IMA lowest at $10 and KTK lowest at $16. Over in Europe supply is a little bit deeper and prices a bit lower, so I think that this is a great arbitrage opportunity for a short-term flip. Bear in mind that if someone wants foils of these for Modern (or Pioneer) then they’re going to be buying four at a time, so supply will disappear in chunks when it does. Pick up a playset or two in Europe for under $40 and you should easily be able to get $70-80 for them in the US.

It took a few months after its release for people to realise how good Collected Company was and start playing it in both Standard and eternal formats, but since then it’s been another staple in Modern that hasn’t left the format. It’s also been a large part of Pioneer since the format was created, but due to the lack of paper play over the last year we’ve seen Collected Company drift downwards in price a fair bit.

Once a $50 foil, you can now get original KTK foils for as little as $20 on TCGPlayer. There aren’t many around that price though, and with only 25 listings there’s a steep ramp towards $40. The only competition for these is the Secret Lair versions, but I don’t think that those are really going to hinder the price of the original foils too much. Original set foils always have a premium attached to them, and will command higher prices than subsequent copies.

These aren’t any cheaper in Europe, but if you can pick some $20 copies up in the US then I think you’ll be doing just fine in 6-12months. Collected Company decks should remain a good part of both Modern and Pioneer for the foreseeable future, and if Historic ever emerges as a paper format then that’s yet another swathe of decks that will be using the card.

UW control decks have been doing quite well for a little while in Modern now, consistently posting strong finishes in Modern challenges and leagues and generally sitting in the top 5 decks of a very diverse metagame. Supreme Verdict has pretty much always been a staple in this deck, with the uncounterable aspect of it being much more important than the anti-regeneration of Wrath of God.

The Buy-a-Box foils have a worse art and foiling than either the original RTR or the reprint IMA foils, and so I think that the latter two will be the most desirable versions by far.. There are 29 IMA foil listings on TCGPlayer and half that for the RTR version, with both printings forming nice ramps up to and over $20. They’re around the same price in Europe so no big bonus there, but I think both markets are going to be moving upwards before long.

Don’t forget – this is also a card in nearly 23,000 EDH decks listed on EDHREC, quite a sizeable number for the few foils left on the market here. With Modern most likely picking back up a bit later this year combined with the strong EDH backing, I think that this is easily a $20+ card in 6-12 months.