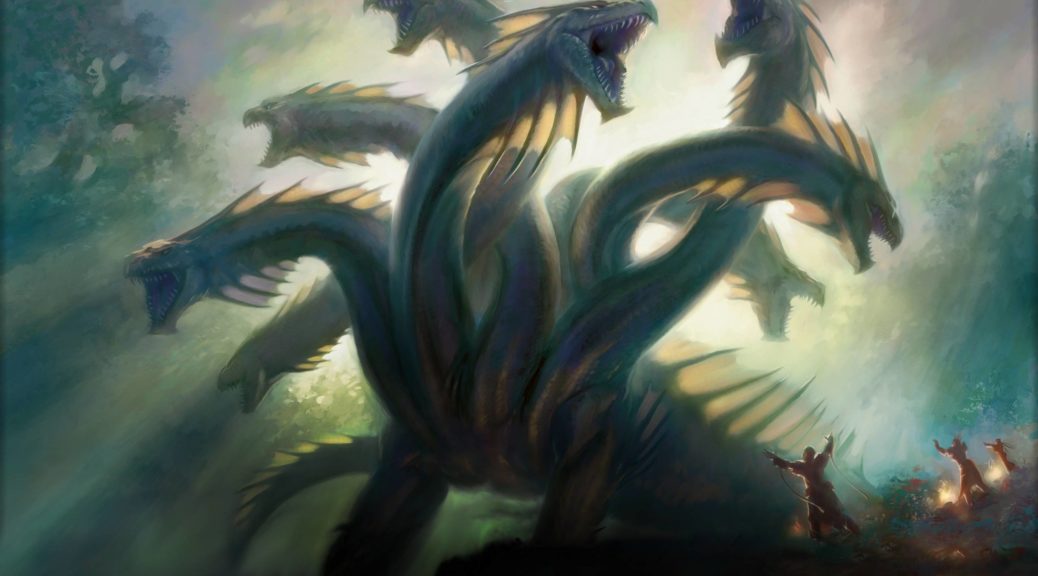 With the announcement of Modern Horizons 2 and my decision to abandon my tried-and-true method of not having to guess ever and delving into the uncharted waters of guessing like a COMPLETE IDIOT WHAT AM I DOING I decided to look at Modern Horizons 1 to tell us if we’re going to want to care about Modern Horizons 2. Will there be any relevant reprints? Will prices be impacted if there are? Will the splashy mythics matter in EDH or are those there to sell packs to Modern players? Will there be Modern played when this set comes out (no)? Let’s look at an old set and make pronouncements about a set that probably isn’t even done being printed, so I can get a bunch of stuff wrong and you can all go back to seeing me as human.

Let’s look at Modern Horizons and how much it actually mattered in EDH!

I am not so much astounded that there were only 8 commanders in the set as I am astounded that they would waste a slot in the set on a complete meme card like Ayula, and I’m more astounded that people are building it more than Hogaak. Hogaak is kind of a non-EDH commander but people still seem to be into it. I’m also astounded that people would rather do completely stupid, fun stuff with Siasy and especially Morophon than do dumb cEDH stuff with Urza. Urza was obvious, powerful, and led the way very early but it’s been overtaken by Sisay and Morophon. Why? Versatility. Urza was obvious and that spikes stuff in the near term, but the top commanders are the least obvious and those can be a double-edged sword. What’s going to spike more copies of a given card, 62 out of a possible 3,495 Sisay decks being built as Gods tribal or 2,614 Urza decks all being built as “Lol I win on turn 2” decks? If a deck has a lot of different builds that don’t have a ton of cards in common, it could end up that they’re less impactful than a streamlined commander. Yawgmoth is pushing way more copies of Nest of Scarabs than Sisay is pushing copies of Honden of Night’s Reach despite being built half as much. Very versatile commanders are always the ones that top the lists, but the less versatile, more focused commanders really push “staples” and that’s better in the long-run. I’d focus more on commanders like The First Sliver in the future than open-ended ones like Morophon. I mean, I will. I mean “I’d” as in “I would” as in “I would if I were you” as in “you should” but also know that I will, in case you don’t want to think about cards made for a format you don’t play released in a set for a format no one can play right now.

Despite boasting EDH cred, the cards that most impacted the format are largely what we’re seeing in most sets – lands and mana rocks. EDH doesn’t need the wheel reinvented with respect to our manabases every single set, but lately that seems to be mostly what people latch onto. I don’t see Good-Fortune Unicorn, Unsettled Mariner, Unbound Flourishing or the card they expected to really sell boosters, Serra the Benevolent, anywhere near the Top 25. The Talismans were long overdue, and Hall of Heliod’s Generosity had a ton of decks ready to slide right into, but the 15th-most-played card is a tryhard Legacy and Modern free counterspell that only hit EDH incidentally. They can design cards for the format, but they can’t make people care past a certain point, especially if they’re very narrow. Why does it matter if the cards are narrow or not, though? If they get played in 90% of the decks that can run them, aren’t they basically a staple, and isn’t that great? Well, yes and no.

Hall of Heliod’s Generosity is played in a staggering 10% of all decks that contain and can run White. If you look at Enchantment-heavy decks specifically, the number is much higher.

19,000 decks, and in nearly half of the registered Enchantment-heavy decks, even the ones that were printed before Hall was.

Those are really strong metrics. Sure, Hall is going to grow until it does something or gets another reprint, but the amount of supply out there loose butting up against with how much of the paper market is dominated by the format where Hall is king has made the graph look pretty disappointing. If Hall can’t do much in a year, we either have to wait much longer, which will really increase the reprint risk since it’s a longer hold, or it will never get there. The other rares above Hall on the list, Nurturing Peatland and Waterlogged Grove, are a similar sad story.

Maybe you see opportunity with a graph this shape, but all I see is a falling knife that I don’t want to grab. Grove and Peatland have the potential to get some help from other formats, a statement much less likely to apply to Hall of Heliod’s Generosity. Something tells me that Modern Horizons two is going to be a pretty bad set for EDH investing if these numbers are true.

Do I think anything from Modern Horizons One can get there given enough time, and if I do, which cards other than Hall can do it? If Hall can’t, nothing can, but if Hall can, what else could? … Just word salad with my prose today, get it together Jason.

This is a bulk rare that plays a lot better than people seem to want to give it credit for. I use this to rebuy Thieving Skydiver and Sower of Temptation, but this is just a really hard hitter that plays well outside of ninjitsu decks as well as it plays inside of them. This is a nice bulk to bucks pick and I know those are tough, and this has moderate reprint risk, but overall I think there’s money to be made here and so do dealers given the (slight) increase in buylist price.

This is a very, very, very, very narrow card. People compared it to Doubling Season when it first came out but I think it’s not a card you compare to Doubling Season, I think it’s a card you compare unfavorably to Second Harvest. That said, the right deck coming along could pluck this from its relative obscurity. I think it’s basically at its floor, is nowhere close to begging for a reprint and is good in the right deck. Does that deck exist? Nah, but when it does, people who have copies of this will be in a position to make some quick cash and if you’re the person who likes to be holding things when they pop, this is the card for you. I don’t like this kind of spec, but I know some of you do.

All in all, I’m a little more bearish on Modern Horizons 2, a set that has had 0 cards printed so far and which we know nothing about. Is that wise? There are other places to invest, and we also know that anything EDH-relevant will spend a year declining in price before it shows any signs of life, so either bet on cards with cross-format applicability or wait for the cat to bounce. Next week I hope I have spoilers to look at, something. Save me from having to speculate on tribal decks based on that William Gibson’s Neuromancer Kamigawa set you know they’re making. Until next time!