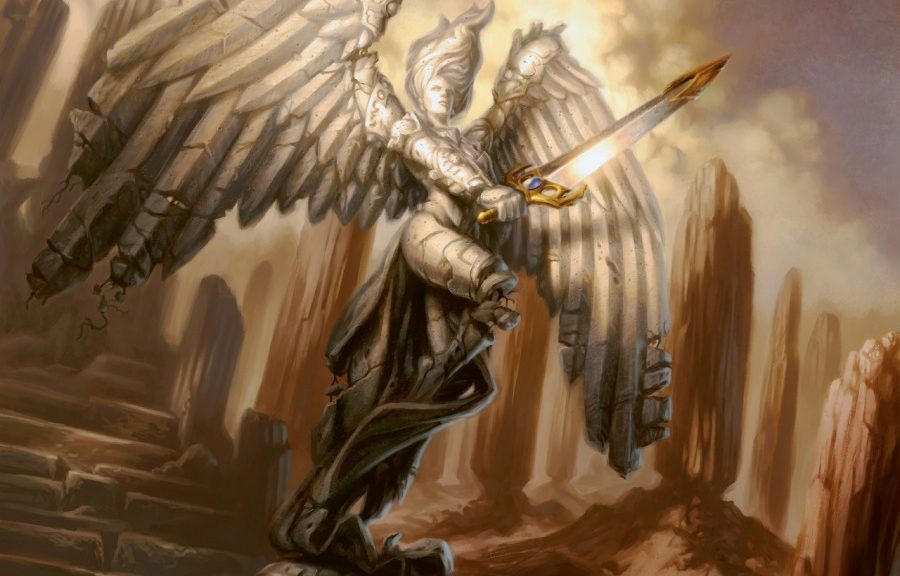 While a lot of the attention is rightfully on the old border cards, and the foil versions thereof, we’ve got other cards in the packs of Time Spiral Remastered, a lot of which are relevant cards and needed a fresh injection of copies. Given the focus on the old border cards, and the money being thrown at them, we need to be disciplined and remember that every reprint set offers an opportunity to pick up cards that needed a reprint at their lowest possible prices.

A caveat here about when to buy these cards: By all indications, this is a short-run set. Vendors are selling as of today, and individuals who like to open boxes are getting their product this coming week, exactly when Strixhaven previews begin. I do expect that most of these prices fall further, which makes buying in that much more attractive.

Interestingly, a lot of these cards are reprints of reprints, meaning that the supply has already been increased once or more since original Time Spiral. If it’s been reprinted before, and the price recovered, that makes these solid buys for the most part. We know for sure that demand is high enough to make the price higher eventually, and a low cost plus patience will often lead to value. Buying in at the low point is a core mechanic for what we do.

Venser, Shaper Savant ($6) – This is one of the top non-OB cards in the set, going by EDH inclusion rates. Ten thousand players have registered this online, and countless cubes carry this mega-bouncer as well. This is a pet card for a lot of players, because while some spells can’t be countered, this is just returning to hand, buying you some needed tempo. His price has been as high as $20, and weirdly had a spike to nearly $30 for the original Future Sight version just a few weeks ago. The Modern Masters 2017 reprint never made it above $11, and that is our ceiling. Venser is a rare in this set, and I’m looking for this to drop another couple of dollars before moving in.

Prismatic Lens (Foil) (75 cents) – You might be wondering why I’m talking about an uncommon here, but the foil from original Time Spiral is $6, the better-art foil from Ultimate Masters is $3, and the reprint in Eternal Masters is $2. I don’t want to buy in before it hits 50 cents, or preferably a quarter, but the value will be there if you like growth. At the least, grab copies for your Commander decks while the card is at its low point. More than 20k decks have done the same online, and that’s why this foil tends to recover its value over time.

Magus of the Moon ($8) – The Iconic Masters version had crept up to nearly $20 when this reprint arrived. Picking this up is a testament to how much paper play you think will happen in the next year or two, as this is a popular Modern sideboard card, with a smattering of Legacy play included. Given that paper play is nonexistent at the moment, I’m really hoping this falls even farther, ideally to under $5.

Pact of Negation ($18) – Worthwhile to note that there’s already a couple of people on TCG putting this as low as $15, so let’s watch this angle downwards a bit more before diving in. On EDHREC, 10% of all decks that can run this do, more than 25,000 people want a free counterspell in Commander to go with the Modern players who can win this turn and don’t care about five mana next turn. Bonuses to the ones playing Hive Mind! This was available as low at $10 when the first Modern Masters came out, and if this got as low as $10 it would be an excellent pickup going forward. We know it’s got the chops to be a $30 card, and all it’s going to take is a little patience to recover in value.

The M13 version was available very cheaply, and while I don’t think it’ll get down to $5 again, it’s easy to see this as being $10 in a couple of weeks. Given that it’s only registered in about 6,000 decks, I’m not expecting to see this grow quickly. Picking up cheap cards and being patient feels good, but I’m not waiting seven years to cash this in. This has a while to fall on TCG, as Card Kingdom has it for much much less right now. Be patient, and pick your spots.

I also want to take a moment and talk about some other cards that are not good pickups, even though the reprint is quite attractively priced compared to the original.

Reiterate (TSR is $6, TSP is $15) – Only in 3,000 Commander decks online, the original price is simply a relic of the tiny supply. This will be nearly bulk relatively quickly.

Teferi, Mage of Zhalfir ($4 vs. $7) – the Iconic Masters and FTV reprints have kept the price low on this, and while it is a mythic, I’d need it to hit bulk status before I moved in. There’s a whole lot of copies out there and the Commander demand isn’t what you might expect.

Wheel of Fate ($1 vs $4) – Mystery Booster had this, there’s Commander copies out there too. Bulk and never to recover.

Coalition Relic ($2 vs $3) – Once the gold standard for mana rocks, the Relic has just been middling these last few years. There are 10,000 decks online that have it registered and likely a lot more that just play it because it’s good, but this is another card where the reprints have been a touch too frequent to let the price recover. If I knew they weren’t going to reprint this for another five years, this would be a solid buy.