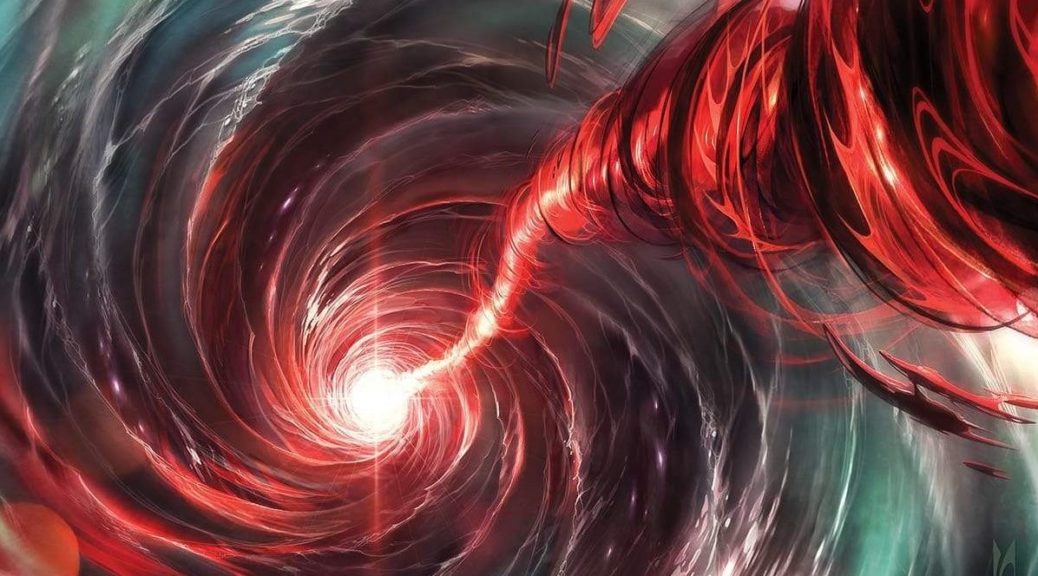 It’s already been four months since Commander Legends was released, and supply is continuing to run thinner and thinner. Despite a couple of restocks of Collector Boosters here and there we haven’t seen a lot of those singles injected into the market, meaning that prices are only going up on the most sought-after EDH cards.

Cards like Jeweled Lotus and Hullbreacher are already very expensive in EA and FEA, but there are still some good deals to be had on a lot of the ‘tier two’ cards from the set, that I think will be the next ones to pop.

I’ve talked before about white needing as much help as it can get in EDH, and this is a card that really pulls its weight. It’s the second most popular card from Commander Legends, and fits into just about any white deck you’d like to put it in. The flexibility and power level it provides means that it can boost your creatures and really go over the top to launch your opponents into the sun on a final attack, as well as being able to protect them from pretty much anything – or both!

EA copies are currently around $7 on TCGPlayer and €4 on MKM, whilst foils will run you $18 or €18. I’m actually more of a proponent of the regular EA copies here, because I think that they have the potential for a higher multiplier than the FEA version. I could see the $7 copies being $15-20 in 6-12 months, whilst the FEAs will probably land somewhere between $30-40 in the same timeframe.

The supply is lower on the FEAs, but not by as much as you’d expect – there are 33 non-foil listings and 27 foil listings. I think this likely has to do with the bad curling issues on CMR foils, causing a lot of players to opt for the non-foils instead (but if you want to uncurl your foils, check out our article on it here).

I’m honestly not sure how good Apex Devastator is in EDH, but I don’t think that it being really good is quite the point of playing the card. “Cascade, cascade, cascade, cascade” is quite the text to stick on a card, and it’s definitely something that is a lot of fun to play with. One of the best things about Cascade is that even if your 10-drop gets countered, you’re still going to get all of those triggers regardless. I’m also a huge fan of the clean textbox on the EA and FEA versions, just having those four words with nothing else to distract.

At just over 2000 EDH decks it’s not the most popular card, but its Mythic rarity means that there are much fewer copies around than any rares, and so the price is going to jump a lot faster than it might do otherwise. Calling the FEA from $55 to $100 here might be a slightly bold claim, but honestly I think that it’s going to get there at some point in the not-too-distant future.

There are a total of twenty copies on TCGPlayer, and only seven of those are under $60 – I think that those ones are ripe for the picking, and should head up towards $100 within the next 6-12months. That will in turn push the regular EA copies up along with them, heading for $30 or more in the same timeframe.

Rounding things off with another Mythic FEA today, you have to scroll down the EDHREC page a little bit to find this one because it’s an artifact and the cards are sorted by inclusion percentage rather than raw numbers. Despite that, it’s in almost 3000 decks listed, which puts it right up there with some of the most popular cards from the set. Costing only one mana to play and three to equip to your commander is pretty cheap for such a strong effect, especially if you’re jamming it onto a mono-coloured or colourless Legend.

My comments about Apex Devastator’s rarity ring just as true for Commander’s Plate, and with only 19 FEA listings on TCGPlayer I expect to see the price pushing up and up over the next few months. This is actually one of the few CMR FEAs that have some slightly cheaper copies in Europe, with a few available around €30-35 (~$35-40). There aren’t a lot so you’ll have to be quick, but I think that it’s a decent arbitrage opportunity to squeeze some extra dollars out of your spec if you’re able to leverage it.