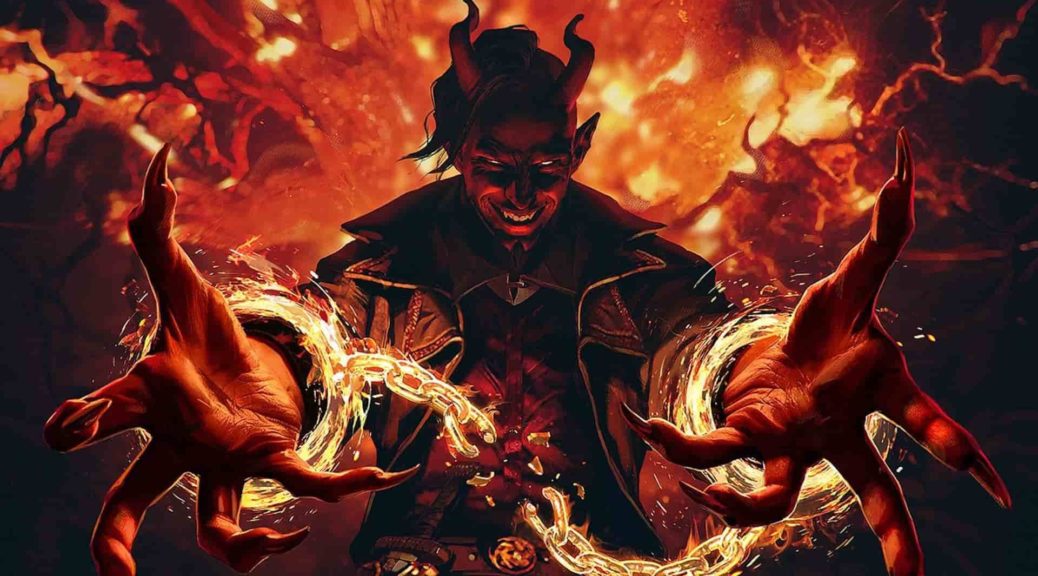 I’ve already done a couple of passes at Kaldheim, but I think that there are still a couple of cards in the set worth talking about that I haven’t mentioned yet. It’s proved a fairly deep set for both casual and competitive formats, and there are a lot of cards that I think will be played for years to come. This is my third article on Kaldheim cards and there are more pickups I like that I haven’t even talked about here, so let’s see what made the cut!

When Kaldheim was first released, there was a huge amount of hype around Valki, God of Lies due to its interaction with the Cascade ability, meaning that you could cascade into the Valki side of the card but then cast the seven mana Tibalt side of the card for free. This trick caused Modern to be rife with people cascading into Tibalt on turn two or three, making for a rather unfun time.

This uh, oversight? has since been rectified with a rules change to Cascade, meaning that the card you cast off the Cascade trigger has to have a mana value less than that of the card you used to cascade, and this has in turn led to a retrace in Valki’s price across the board after the initial spike. However, the card is still seeing play in Modern and Pioneer just as a good fair value engine on both sides, and so I think that its dip in price leaves it in a good spot to pick up now. Niv to Light is still one of the most popular decks in Pioneer and four/five colour Omnath decks remain a thing in Modern, and both archetypes have adopted a few copies of Valki here and there. On top of that, it’s a reasonably popular EDH card too – 166 decks listed using it as the commander and another 400 or so playing it in the 99.

Borderless foils have retraced from almost $100 down to around $45 now, but supply isn’t exactly on the high side. Only 28 listings on TCGPlayer with just four of those under $50, and a nice ramp heading over $60 makes me think that this card is due to head back upwards over the next few months or so, as competitive and EDH demand slowly drains out the remaining copies. Give it 12-18 months and I can easily see this as an $80+ card – the Showcase foils are already over $65, which is a good indication.

Extra turn spells always do well, and I don’t think that this one is going to be an exception. It’s already performed strongly in Standard and Historic in the Emergent Ultimatum decks, and is racking up decent EDH stats as well. At over 500 decks recorded on EDHREC, I’d put it at a tier 2 ish level compared to the rest of the set, but it has the added benefit of being a Mythic and being a Time Walk effect.

It’s a slightly more expensive extra turn than some other spells like Time Warp, but the fact that it has Foretell makes it pseudo-immune to Wheel effects or hand attack in EDH, and you do get a couple of tokens for your troubles as well. We do have quite a few Time Walk effects to choose from in EDH these days, but I wouldn’t be surprised if this one makes the cut over a few others that are slightly more vanilla.

The Borderless foils only have 27 listings on TCGPlayer, and most of those are single copies. MKM has a few cheaper copies around €10 if you can get them, but again supply is not very deep there either. I expect to see this double or more in the next 12 months, and it’s a gorgeous card to look at in the meantime!

I think that Mystic Reflection has a lot of different applications that may not be apparent on a first glance at the card, and the EDHREC stats seem to back this up. It’s been built into over 1200 decks since Kaldheim was released, making it the second most popular blue card behind Ravenform (which is a common, so doesn’t really matter to us). Mystic Reflection can be used to turn an opponent’s threat into a tiny token, disrupt someone’s combo or even enable your own by copying yours or someone else’s creature.

It’s such a flexible card that a lot of blue decks are going to want it, and as such I think that the price will be heading on an upwards trajectory. TCGPlayer has FEA copies around $10 right now, and you won’t find any cheaper on MKM. These are purely EDH demand but I think that this will become enough of a relative staple that we could see these over $20 in 12-18 months, so grab your personal copies now and stash away some more to hold onto for a bit.