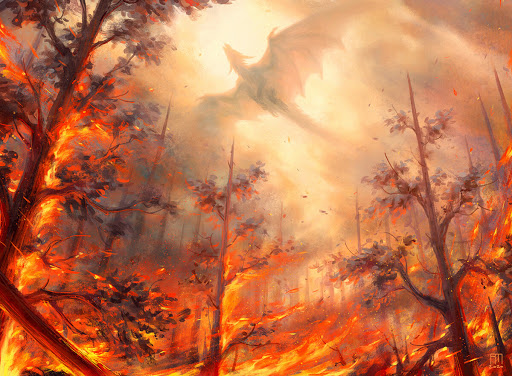 Strixhaven is all about the Mystical Archive, soaking up the attention and a lot of the value in the set. However, that doesn’t mean the rest of the set is worthless. It just means that the opportunities aren’t quite as obvious. We want to look at the Strixhaven cards that are either super unique or have clear Commander appeal.

Sometimes we’ll want to get the Foil Extended Art (or borderless) treatment, or for other versions, we’ll want the cheapest regular nonfoil. Depends on the card and the reprint risk, plus some other factors. Let’s dive in!

Culling Ritual ($2 regular/$2.50 foil/$4 Extended Art/$10 Foil Extended Art) – These are already in a lot of EDH decks and it’s not hard to see why. It deals with a lot of hated permanents, from cheap mana rocks to solving the problem of token decks. As a bonus, it’s semi-free, giving you back the mana if you just kill a Sol Ring, a Mana Crypt, a random Signet, and someone’s Land Tax. Being two colors does limit the decks that it goes into, but that hasn’t stopped 2500 people from listing it just since Strixhaven came out.

I’ve picked up two FEA copies for personal decks and I think this is a fantastic long-term hold. I’m less worried about reprints these days than I used to be, mainly because I make sure to diversify. It’s rare for me to be too all-in on a single card, and that’s a strategy I think you should make use of as well. I could be talked into either the FEA or the basic versions, as both are solid long-term.

Storm-Kiln Artist ($1/$2) – More than five thousand people have registered this card as part of their Commander deck online, and that’s one of the top cards from the set. As an uncommon, there’s no special version past the foil, making this a much easier decision about what to get. Spells are a very popular subtheme for Commander, and this is one of the best creatures to add to a spell-based deck.

Depending on what you’re doing with your artifacts, this does all sorts of fun things. My favorite might be mixing these Treasure tokens with the effect of Brudiclad, Telchor Engineer. All kinds of goodies await, and remember that the way Magecraft is worded, casting a Storm spell will give you a Treasure for each storm copy. Thousand-Year Storm is also a lovely combination.

Archmage Emeritus ($2/$2/$4/$9/bundle foil $3.50) – Buying a Strixhaven bundle (formerly known as a fat pack) gets you the alternate-art foil of this, but there’s a FEA version that I’d be concentrating on. This feels a lot more like a Commander reprint to me, something to accompany Talrand, Sky Summoner. Having a cantrip on every one of your spells is ridiculously good, and yes, the Archmage will attract removal almost immediately.

When you play cards like this, you’re expecting heat, so playing this when you have a counter handy will be great, especially when that counter immediately draws you a card. Go forth and enjoy it with this card.

Codie, Vociferous Codex ($0.50/$1/$2/$5) – I have to admit, five-color spells isn’t going to get a much better Commander than this. There’s a whole lot of cool things you can do with red/blue spells but rainbow is a different animal entirely. No other five-color legend enables this sort of thing, and being able to cascade off of everything you do, in addition to mana fixing, is really strong. I also really enjoy the restriction of Codie’s first line, locking down a lot of things you can do and can’t do.

Usually, I don’t advocate picking up the commander, it’s better to get the accessories for a certain legend because other decks play those cards too, but this is so unique, so special, that getting the FEA copies for $5 or so seems like a slam dunk. There’s issues with Codie, mainly that there’s no haste or protection built in, but here we go.

Wandering Archaic ($9/$10/$12/$31) – Perhaps the easiest addition to any Commander deck, this is colorless and charges a tax for goodies. It’ll either eat a removal spell with a tax, or get you value when other people get frustrated. This is expensive for a FEA rare, the fourth-most expensive card in this set that isn’t from the Mystical Archive.

It’s never going to be cheaper, either. We know that the big cards have an early dip and then start to rise, and that’s the pattern here. Being a rare, there’s twice as many of these as any Mythic, but because so many people are keeping these in decks (and buying them for decks) the price is creeping upwards.

Dragon’s Approach ($2.50/$4) – You may think this is a bad card, but every other ‘a deck can have infinite copies’ card has gone on to become quite expensive. Approach is a godawful card in the abstract, requiring 15 mana to tutor through your deck to get your first free Dragon. Strixhaven isn’t going to be opened a lot in paper, though we’re cracking a whole lot of non-Draft boosters in search of the Mystical Archive. While I think that this has growth potential, I just can’t advocate moving in on foils. The card is just SO BAD.

Let me paint a different picture for you. You have a stack of a card just like this, and then a new Commander comes along that literally doubles the impact of the card. Foils jump to an absurd price, but blessed few people pay that price and so the value drop back down within a week. The card went from $3 to $5, not enough to make selling individual copies worth it, and buylisting might get you a profit of a nickel each. That card is Persistent Petitioners:

Jumpstart gave us a commander to double up the Petitioners, and you can see when the spike hit, but the interest just wasn’t there to keep the price high long term. Dragon’s Approach would be lucky to have a spike like this. As a result, I’m staying away, and buylisting any copies that show up in my Set or Collector Booster boxes.