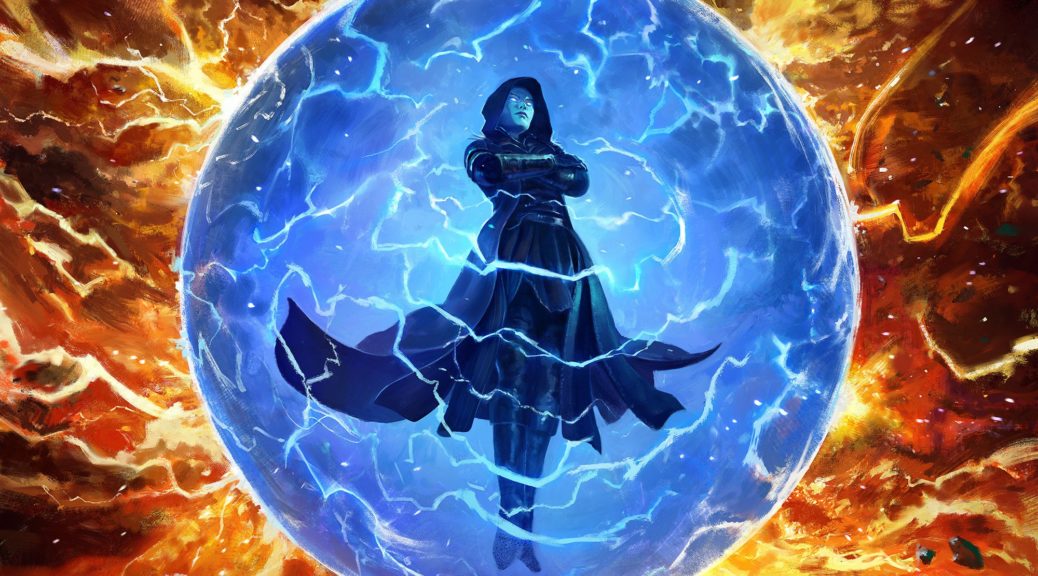 We’re into the thick of preview season for Modern Horizons 2 now, with the set release under a month away now, and based on some of the early cards we’re seeing I want to go back and have a look at how this might impact some of the cards we got back in the first Modern Horizons set. We’re two years out from that now, and so supply is pretty low on the more popular cards, making for some good opportunities to ride the ladder upwards.

Ephemerate has seen a moderate amount of play in tier 1.5/2 Modern decks since its inception in Modern Horizons 1 two years ago, mostly in Soulherder and Stoneblade decks. As well as that it’s in over 10,000 EDH decks listed on EDHREC, and is one of the best ‘flicker’ effects that we have available to us at the moment.

With Modern Horizons 2 coming out next month, one of the earlier previews we’ve had is Grief, and with it the return of the Evoke mechanic. There’s been a decent amount of chatter surrounding Grief and talk of using it with Ephemerate to take two cards out of your opponent’s hand on turn one and then another on turn two. That’s some seriously powerful hand attack, and could fit really well into a Death & Taxes list with other cards like Tidehollow Sculler and Flickerwisp to cast Ephemerate on as well.

Even if that kind of deck doesn’t take over Modern immediately, Ephemerate is still a great card in both Modern and EDH (and Pauper too but that doesn’t really drive prices much), and I think that both the global and Japanese art Mystical Archive versions are good buys here. I prefer the foils in general just due to the much lower supply, but I don’t actually mind the etched foils for competitive play either at $3/6 respectively. The art on the Japanese version is by far my favourite though, and I’d favour those over the global arts if you can get some at a reasonable price. If players are wanting these for 60 card formats then they’re going to be snapping them off a playset at a time, and so with supply already low it wouldn’t take much for these prices to climb significantly.

Modern Horizons 1 wasn’t chock full of tribal cards, but it did bring us a few gems like The First Sliver and Morophon, the Boundless. Over 3000 Morophon decks have been built and listed on EDHREC, with a further 4500 using it in the 99 – people love tribal things. We’ve just seen a bunch of new Squirrels previewed for MH2 and on top of that we’ll likely be getting a load of tribal stuff in the upcoming D&D set as well. All that makes me think that Morophon is as good a buy now as ever.

Foils are up from where they used to be, but supply is getting very low now and I doubt this is a card we’re going to see reprinted in old border in MH2. With only fifteen NM foil listings on TCGPlayer I can see this climbing pretty easily as people look for cards for their new tribal decks.

Notably you can still pick these up as low as €37 ($45) in Europe, so if you have access to those then I think they’re a great buy. The only other printing of this is the Mystery Booster version, which is only in non-foil and not a huge amount of supply anyway. I think these are good for a reasonably quick flip within the next couple of months, especially if you can buy in Europe and sell to the US.

I for one was a little surprised when we got Goblin Engineer reprinted as an old border card in Time Spiral Remastered, and I know that it caught a few people still holding Modern Horizons copies that they hadn’t yet outed due to the Modern Whirza deck that used it falling off the radar.

It’s not just a Modern card though, as it’s been dropped into over 10,000 EDH decks listed on EDHREC. Being able to repeatedly recur artifacts from your graveyard can range from powerful to oppressive, and the Engineer being a tutor on top of that makes it very strong indeed.

Just like the other popular ones, these old border foils are drying up fast with only 24 copies listed on TCGPlayer. They’re slightly cheaper in Europe at around $36, but supply is low there too. I doubt we’ll be getting another premium printing of this for a while so I like sitting on these for up to 12 months before reassessing, at which point you should have been able to realise some reasonable gains.