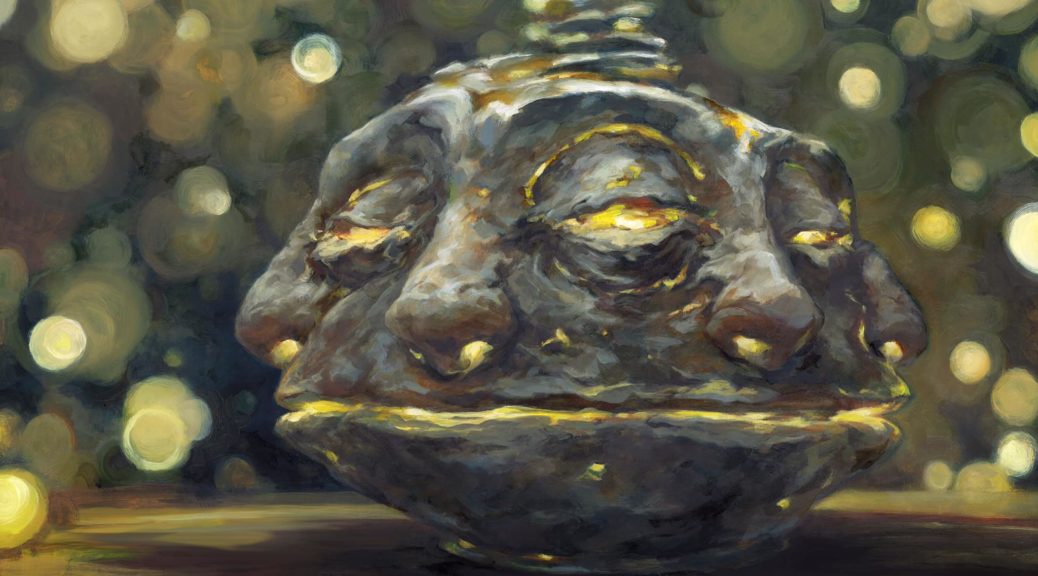 Here we are, another set and another whole raft of treatments for us to obsess over. We’ve got some odds to break down, some examples to peruse, and tables to try to make everything simpler. Let’s get to it!

Let’s start with the things they made easy: a link to the treatments in MH2 and the official Collecting Modern Horizons 2 post.

In Wizards’ ongoing effort to make sure that programmers and sorters and sellers lose their minds, there are going to be a whole lot of different treatments available for Modern Horizons 2. I’ve tried to make this easy for you with a handy-dandy chart:

Does that make it easier? This is a LOT of stuff that they are cramming into one set, and I want to try and clarify things whenever possible.

We’ve seen some short videos with the foil-etched cards, and so far they seem closer to Commander Legends than Mystical Archives, which should bode well for their popularity. That said, the old border foils are clearly the most important variants in this product formulation so it remains to be seen how the market will price the etched foils given their higher drop rates and lesser importance.

Notable from this chart is that the Modern Horizons 1 reprints are not available in nonfoil in any MH2 products at all. If you want the old border, you are getting something shiny, and you have to go through Collector Boosters to get them.

Now, let’s talk about how you get these different cards.

In Set Boosters, you’re going to find a wide variety of nonfoils. Clearly, these won’t be as hard to find as the foil versions, and I can’t say for sure how many people are going to open Set Boosters when the Collector Boosters beckon. Still, understand that each Set pack will give you at least one (and as many as four) rares and/or mythics.

…until we get to Draft Boosters, where it’s even worse. You have a 1 in 3 chance at a foil from that same formulation, so whatever infinitesimal chance you had at a borderless mythic rare from that slot in a Set Booster, take those odds and multiply by .33 to get your odds in a Draft Booster.

Fine, I did some of the math before I got disheartened. For just the ‘main set card of any rarity’ you’re at 0.76% to hit any foil mythic and 4.6% to get a foil rare in a Set Booster, and for a Draft Booster it’s 0.25% for any foil mythic and 1.5% for any foil rare. All of those are before I add in the new to Modern cards plus the rest, and since not everything is spoiled, I can’t tell you how much more tiny those odds will get.

However, as we get more data from big operations who crack lots and lots of boxes, we’ll be updating this section. Figuring out the distributions of foils and special cards in the Draft Boosters especially is a priority, and we’ll keep you aware of new developments.

Now let’s get to Collector Boosters, which has some attractive guarantees and one wild-as-hell slot, which is what Wizards seems to have settled on for these boosters. Here’s the handy guide that they’ve released to us:

Slot one we care about, as it could be any rare or mythic from the set, but in a regular frame. This could include fetchlands! Counting up the numbers we’re told when discussing foil-etched cards (main set, new to Modern, and MH1 reprints), there’s 61 potential rares and 16 potential mythics. You have an 11.6% chance to hit a mythic in this slot, and you’ll have a 1/138 chance of a particular one when you open a pack. For rares, you’ll hit on 88.4% of packs, and a particular rare will show up every 69 packs. Nice!

We don’t really care about slots 2 and 3, those are basic lands and C/UCs, just know there’s gonna be plenty of those around.

Slot 4, however, is where the big money is going to be found. You’re guaranteed a traditional foil rare or mythic, and this is the only spot where traditional foils of the new frames can be had. Also, this is the only spot for Foil Extended Art cards. All of these are crammed into the same spot, though, and that means this one slot is going to be carrying most of the value of a Collector Booster. If a CB box is $400, at 12 boosters that’s $33 each, just to give an idea of the spending people are about to do.

Yes, you’re reading that right. There are NO FEA mythics in this set. They are all borderless/sketch/retro framed. Borderless is basically EA, just with different art. Here’s an example, a subtle one no less.

Showcase borderless for the mythics means they aren’t CB limited as per usual.

For some historical perspective, this 1/253 chance for specific treatment mythics means that each one is about as rare as Phyrexian foil Vorinclex (1/256 packs) but more common than traditional foil mythics in the Mystical Archive (1/309 packs) and way more common than FEA Jeweled Lotus (1/400 packs), which is a rarity I doubt we’ll see again.

Slot 5 has a nonfoil borderless or sketch frame card, either rare or mythic. Given the numbers of those, you have an impressive 35% chance of getting a mythic and 65% to pull a rare. To get a particular mythic, it’s 1 in 77 packs for that mythic and 1 in 38.5 for a particular rare.

Slots 6 and 7 are going to be more commons and uncommons, and again, in nonfoil these will be plentiful. I expect some great spec targets here once we know the whole set, though.

Slot 8 is the last one of any financial significance, having an extended-art rare. There’s only 39 of these, so your odds are 1/39 to nab something specific, but these are nonfoil. Secondary targets financially, but potentially worthwhile if they start off cheap or end up cheap. Remember that the non-foil EA of Jeweled Lotus isn’t cheap, nor is nonfoil Phyrexian Vorinclex.

The other slots are foil commons and uncommons, plus a land and a token, none of which are going to make a serious dent in prices for a long time.

So to review, the rarest cards from this set are going to be the Traditional foil mythic rares, in sketch/retro/borderless frames. You’ll have a 1/253 chance of pulling a specific one of those rares from a Collector Booster. Interestingly, about one in 8 Collector Boosters will have a mythic of some kind in slot 4, but because there’s so many variants, each individual one will be quite rare.

Because people tend to focus on fetchlands, let’s do a little more math for those. You can get them in Slots 1, 4, and 8. Slot one has a 5/69 chance of a fetchland (foil etched modern frame), Slot 4 has a 10/126.5 chance (5 traditional foil old border plus 5 foil extended art), and Slot 8 has a 5/39 chance (nonfoil extended art). This comes out to about a 28% chance of any one Collector Booster having any fetchland of any type, and the average CB box will have 3.3 fetches. That’s not a guarantee, it’s just the probability. Some will have more, some less. Note that about half the fetches opened will be nonfoil EA, and that might be the place to invest.

It’s also worth mentioning that the sketch frames are another unique twist on Magic cards. Adding the art description is inspired here, giving an insight into the process that a lot of players don’t get. If you don’t like this look, I can respect that, but don’t overlook the opportunities if these get cheap. A lot of people like this look, and this popularity might lead to some surprising prices.

If you’ve noticed some discrepancies here, or if new information comes out that changes these numbers, please feel free to reach out to me on Twitter, drop a comment on this page, or come tell me about it in the Protrader Discord. Good luck with your packs!

2 thoughts on “The Math of Modern Horizons 2”