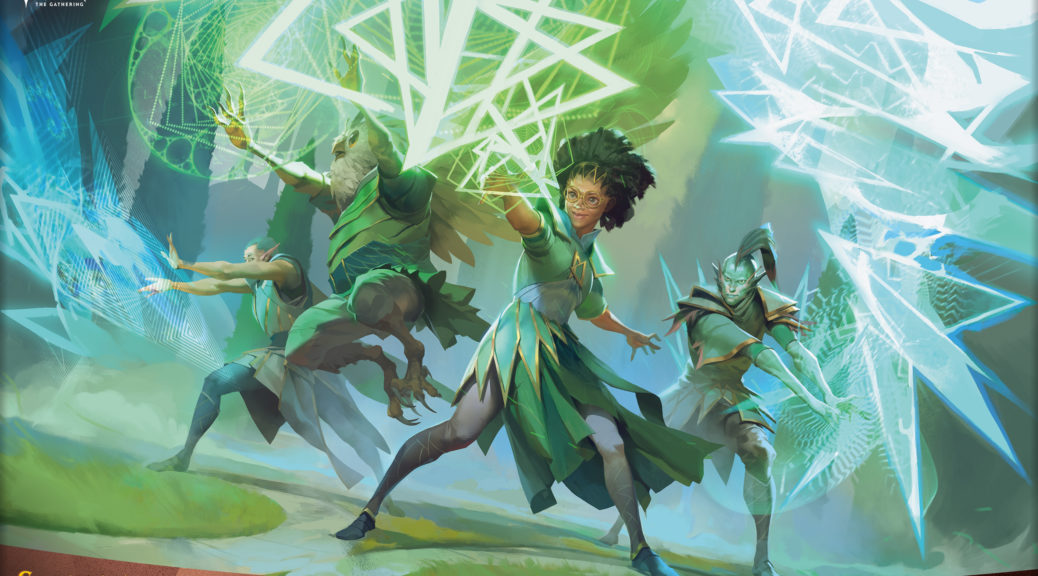 As usual, there is a bit of a feeding frenzy for obvious stuff and cards that are less obvious to people who are just reacting to what they see on Twitter but are just as obvious to us are still available. Let’s see what all is going in these decks and see if we can’t make some money while everyone else is fighting over the obvious stuff.

I’m tempted to go super shallow across all of the top commanders, but I think there is enough time on the non-obvious stuff to do that over the next few weeks like I always do. Let’s go pretty deep on one or two commanders and see where we end up. This set is pretty bonkers, especially for a set not called “Commander Horizons.” Let’s take a look at what I think matters.

We have a non-zero number of decks and some of these cards have only been spoiled for a day or two, so it’s good to have any amount of data. I don’t expect Chatterfang not to be #1 long-term, but I don’t expect Yusri to stay #2. I expect people will realize Garth is boring but it will stay Top 5 because 5 color goodstuff decks are fun and might I suggest good for the format, actually, as long as they’re not like… Golos. I think Ragavan will join Chatterfang, Yusri, Garth and Lonis in the Top 5. Lonis is nutso, by the way, and I think Aeve is slept-on because it’s mono-Green but I think it is very powerful and fun.

Not much new out of Chatterfang since it’s Squirrel cards that were all obvious, token producers that were already in play because of Strixhaven and token deck infrastructure that is, again, already moving or having moved because of Adrix and Nev. I’m going to ignore Chatterboi.

Yusri, though, is kind of interesting.

Krark came along and despite having partner and getting paired up with Sakashima a lot, Krark made thumb and a few mono-Red coin flip cards go up, but not the Izzet ones. This is interesting because without an impetus to do much since Okaun/Zndrsplt (sp?) a lot of those are on the way down. I’ll show you one card I think is particularly interesting.

Extra turns cards and coin flip cards are both in play right now, but for some reason, Stitch is lagging pretty far behind some of the other coin flip cards. The only Izzet one that’s really going off is Frenetic Efreet and that has more to do with it being on the Reserved List than it does coinflip shenanigans, imo. Krark’s Thumb is going off early and often but I think some of the other cards are a bit slept-on.

The craziest card to go off because of coin flipping was Chance Encounter.

But Chance Encounter is dead as a spec, in my opinion because of this.

The reprinting made Yusri more interesting in some Limited games… I guess? Maybe? Anyway, it’s not a big deal, Yusri doesn’t really have a lot going on if you drill down. Apart from Stitch in Time and picking cards like Mogg Assassin out of your bulk, I think Yusri is mostly old specs paying off again. Yusri kind of sucks, if I’m being honest – it’s cool to dump your hand but it’s crazy to rely on it and Okaun and Zndrsplt can kill someone if you win like 3 flips, let alone 5. I think this is a meme deck, mostly, but people like memes.

Lonis is the coolest commander in the set, and while it’s not terribly novel for Simic, there are a few brand new cards that are in play, in my opinion, and I want to spend the remainder of the article focusing on them.

Shrieking Drake flirted with $2 before when people were excited about Chulane. I think the second spike is bound to be harder and higher because no one can find these for a nickel at the LGS anymore – anyone who wants one is paying retail. I think this is an easy $2 buylist out in 2 months and I think you can clean up if you buy these, even at its current $0.50 to $0.75. I don’t love paying a buck but if enough people pay a buck, everyone has to buy them from you for more. If you have these in your bulk, and you might, here is your shot. I was lazy and missed a bunch of these when they were getting outed at $2 but I set them aside and I’m ready for this to flirt with $3. If you’re not looking for a card that spiked already because everyone rooted them out of the bulk boxes at the LGS and that’s what you like to do, here’s a card like that for you.

An uncommon from Kamigawa is in higher supply than an uncommon from Visions, true, and maybe this can’t hit $2, but if Loomis is played about as much as Chulane (and maybe for longer since Chulane got stale quickly) this could be a card you buy a pile of for a quarter each at the LGS and buylist for a buck, and depending on the size of the pile, that could be very worth it. Not looking for nickels and dimes? OK.

Loomis likely makes this a $10 foil, then. The deck is pretty cheap to foil out since it’s got a lot of commons and bulk rares in it (although it has a lot of Legacy cards like Scryb Ranger, too) and being able to snag these around $3 seems like a no-brainer.

Actually, this deck probably doesn’t stay cheap to foil out for long.

Weirding Wood in particular has some overlap with potential emerging Enchantress decks spurred on by new Enchantress cards in Commander Legends 2; 6 months later edition. I like a lot of these low supply, low price foils that all absolutely go in Lonis, a card I think is potentially the most fun Simic commander in years.

This barely counts as uncommon since it’s worth more than like 9/10 of the rares in that set.

I think Lonis is a deep well and even if you’re not looking to buy foils of durdly Investigate stuff, there are a ton of solid cards that have other reasons to be on the move – Second Harvest, Ice-Fang Coatl, Inspiring Statuary, etc. Check out the whole list.

That does it for me this week. Next week I’ll be back with more Commanders that are moving the needle on your Kamigawa bulk, but until then, do some browsing of EDHREC yourself, and mop up that low supply goodness. Your LGS will be so glad someone came in to dig through old boxes, they won’t even notice you’re taking all of the underpriced goodies. Until next time!