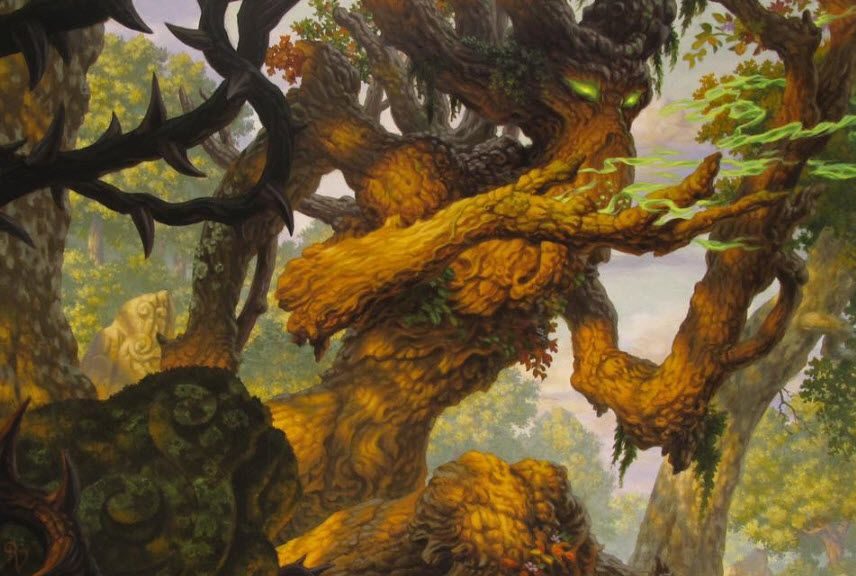 You no more need me to tell you that we should be buying cards at peak supply than you need be told to buy low and sell high. I won’t insult your intelligence by wasting ink explaining what peak supply is, when it is, or why it matters. As much as I am tempted to use the limited space above the fold I have to fill, I think I’ll use that space more productively. You all get it, prices are best when there is the most competition to be the cheapest seller. I have some opinions about what the best targets are when that happens and if you don’t think about Magic exactly like I do, I might have some ideas you hadn’t considered. I’m using data to back my conclusions as always, and I think Modern Horizons 2 has some parallels from Modern Horizons 1 we can reference. In short, let’s go into peak supply week with a plan and make some money, shall we?

Right off the bat, I’m struck by a few things I did not expect. I made it a point to say early and often in this series that I don’t plan to argue with data, and while I’m not going to argue with data, maybe I will make that one high pitched noise that sounds like the beginning of a word drawn out that sort of indicates “yeahh…..not so sure about that one…” at a few of these. Here’s why I’m going to make that noise at all.

So, looking at the initial (albeit sorted by percentage of inclusions, which matters but not necessarily in a bad way) data, I am making the “dunno about that” noise at a card very high on the list.

I think one of the reasons he may be a bit over-represented as a function of percentage inclusions is that not a lot of the decks being built since this set became legal are artifact-based, but all of the white ones are. That said, I don’t really care if this is over-represented or not, I guess. This has actually ticked up a buck or two since Friday while most things are tanking and I am not sure if that’s a good sign or a bad one. I don’t know if it’s a good buy at its current price and I don’t know if the amount it’s played in EDH is going to fall of long-term and I don’t know if Modern can pick up the slack. There are too many unknowns for me. Gun to my head, I’m staying away but there is no gun to any of our heads, so maybe we should just call an audible here and move on to more obvious money.

This is a $4 foil and I predict this will be an $8 or so non-foil in the future and that’s all I really have to say about that. With Collector booster boxes detroying the price of a lot of the rares, the fact that you get more rares than uncommons in your average collector booster might make these foils retain some value. There are no etched foils, no prerelease stamp foils, no sketch card version, just this and the foil. I like those odds. This isn’t a bad Tireless Tracker, it’s a good Lotus Cobra and I think people are catching on. I DO like this at its current price and predict it will go down more, at which point I feel OK pulling the trigger on 4 times as many copies as I need for my decks, which is a lot of copies to begin with.

This is getting a lot less attention than I had anticipated. Having a lot of decks where my Eternal Witness getting milled stymied its usefulness as an out, I am excited by this card but the format isn’t there yet. I think at its current price, the odds that it tanks more are far less than the odds it gets picked up either when people come around or when something gets printed that uses this. $2 for a foil sketch version or set foil seems OK but I bet it drops more in the near term and I’m watching to see if it does.

This card is the real deal. Urborg is good with Cabal Coffers. Yavimaya is good with Knight of the Reliquary, Quirion Ranger, Llanowar Druid, Patron of the Orochi, etc. If this gets played at all in Modern, its price is headed for the moon. Let’s compare to Urborg, again, a worse card.

Does this make you like Yavimaya under $20? It does me. Extended Art looks better, etched looks worse. In fact, I am avoiding all etched foils until it makes no sense not to ignore them for my decks. People really hate them and I don’t blame them, and prices are tanking accordingly. On Thursday, an etched foil Misty was 130 and a retro foil was 150. Today the etched foil is 65. Gross. Buy Yavimaya, and focus on the Extended Art imo.

I am torn, here. Damn is the real deal but it also goes in way fewer decks than people might think. The decks that will play this already have access to a billion wraths and they’re annoying to play and to play against. While Damn is very good, it’s also a bit of a solution with no problem. Does that limit is adoption more than it is already limited? I don’t think so, but I also think the demand is a bit overstated. That said, I wouldn’t mind a control player just killing a problem creature rather than killing every creature when they draw a wrath and need to kill something to stay alive, so maybe I should be encouraging more decks to run this.

It won’t be today, but at some point, people will realize that this gets played in more than just Squirrel decks and it’s quite good. It’s a $1 foil and the sketch foil (which sucks) is even cheaper, but for good reason. I might get a little aggressive on these when they get a little cheaper.

You get about 5 bridges per collector booster box which means you get 0.5 Rustvale or Silverbluff Bridges per box. That’s a highish supply, but is it high enough to keep the foils under a buck? I am not so sure. The RW and UR ones are the only targets, imo, but I like them around $0.50 in the long term.

I think this is a bad Draugr Necromancer but I have been mostly keeping that opinion to myself. I am not going to argue with data today, so let me say that this is in a lot of decks, a lot of those decks are Chatterfang which is the most popular commander and people didn’t read the text on Draugr Necromancer while they did read the text on this card and would rather sac their leyline of the void to not have to pay the mana cost of a card than keep their leyline and pay the mana cost on those cards. Are they wrong? Am I? I don’t know, but I do know this is played a ton. So how many rares from Modern Horizons 1 would have been a good week 1 buy at $15? Just Prismatic Vista and Fiery Islet, I think.

I am not saying don’t get Voidwalker at $15 or even at $10, I’m saying there isn’t much data to support doing one thing or the other and I’m parking money elsewhere.

What card do we compare this to? Is this better or worse than Faeburrow Elder? It seems really situational, doesn’t it? Faeburrow can’t go in non-white decks and maxes out at 5 mana while this can’t get bigger, and needs you to run a lot of enchantments.

I thought Faeburrow was a slam dunk at $1 and while it’s doubled since then, it wasn’t quite a slam dunk, either. I think Weaver is much more narrow but also has a higher ceiling. I also watched Faaeburrow go from $5 to $1 then take a year to get back to $2, so either way I think we wait out Sanctum Weaver for as long as we can.

I think EDH is going to impact the prices in this set a lot and I also think with a few exceptions, Modern and EDH are focusing on very different cards with little overlap. EDH players don’t seem to care about Grief or Asmoranomardicadaistinaculdacar as much as Modern players do, although Ragavan and Urza’s Saga are great in both. Pick 10 cards to pay attention to, watch their prices and when they stop being in freefall and bounce a bit, leverage your format knowledge and make some money. It took Hexdrinker and Pyromancer over a year to get to where we thought they should be, so be patient. Until next time!