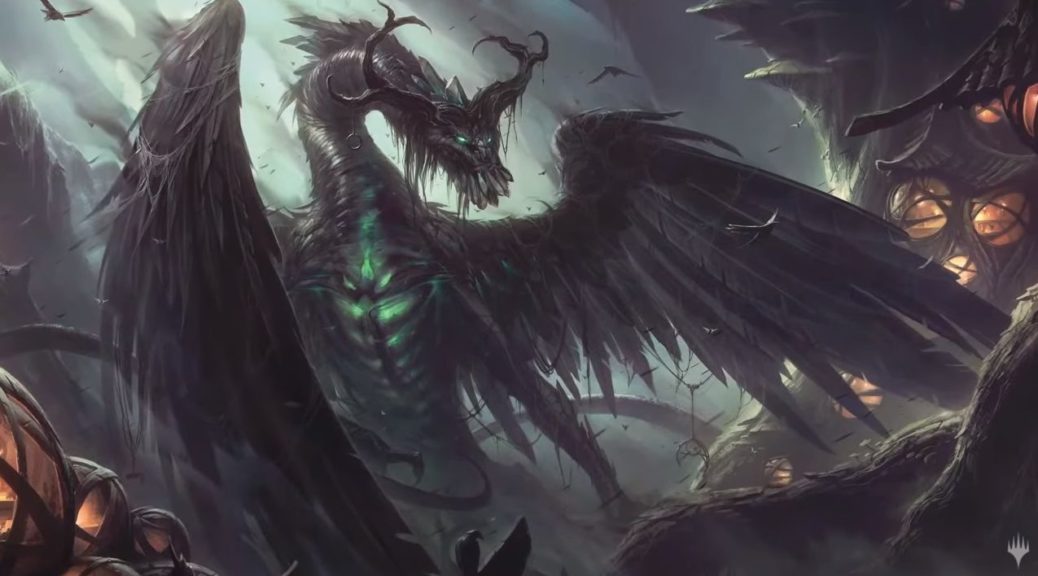 Believe it or not, there’s still a whole week until we can get the Adventures in the Forgotten Realms cards into our hands. It’s been up on Arena and MTGO for a week now, but still one more week for the paper versions! Granted, we’re not expecting this set to realign everything in Standard, and Modern Horizons 2 still has a lot of our financial attention.

Instead of trying to predict what will happen to Standard or the prices of AFR (hint, everything is going to fall) I want to look at the set that we’re leaving behind and evaluate what’s at its lowest point.

First of all, let’s take a quick peek at the current nonfoil prices, from top to $6:

Yes, there’s a couple of rares and an uncommon on that list. This set hasn’t exactly lit anything up, financially speaking, but that’s where some of the biggest value can lie, especially because paper events are going to take off again sometime soon. If these prices are where they are now, where might things go once an actual GP happens?

Let’s take a moment and look at the graph of Expressive Iteration:

This uncommon is selling for more than 95% of the set’s rares and mythics. It’s not the first time something like that has happened in Magic’s history, but given the pandemic, and the small number of paper copies opened, and the prevalence of UR spells/tempo/blitz/whatever you want to call it, you’ve got a perfect storm for an expensive uncommon.

Expressive Iteration also has the FNM-type promo, and that’s one of the most expensive Promo Pack cards I’ve seen in a while. The presence of those versions might be what’s keeping the regulars and the pack foils under $10.

Here’s the question, though: What’s going to happen to these prices during the run-up to the first Modern GP? Iteration is a four-of in what looks to be a very popular deck, and a powerful one too, given the results on MTGO. We’re also getting Demilich in Adventures in the Forgotten Realms, and that might be the final piece of the puzzle, one more solid and cheap creature for the spells deck.

I think we’re about to be in a world where Expressive Iteration is the most-played card from Strixhaven. Once paper events fire up again, I don’t think any copies will be under $10. Keep in mind that Strixhaven won’t rotate out of Standard until October of 2022, giving it a lot of time to shine. A reprint seems quite possible, but for right now, I think you get your copies cheap.

The other card that sticks out from this list is Wandering Archaic // Explore the Vastlands. It’s only in 6600 EDHREC decks so far, but that’s a very high number for a card that only came out three months ago. It’s colorless, so can be put into any Commander deck, which means you have to have a reason to leave it out. It requires a tax, or an answer, things that I love doing to other people at the Commander table.

It’s already this popular after such a short period of time, and that bodes well for its future pricing. Archaic is at its lowest price so far, and I don’t think it’s done falling.

I would want to see the price start to trend back upward before I buy in on copies. There was a window to buy foil Extended Art copies around $20, and now those are up to $26. The nonfoil regulars being as low as $6 are a good sign, and looking at the most recent TCG sales, it’s got a lot of velocity. The 25 most recent sales for the regular nonfoils were all yesterday (It’s Thursday as I write this) and that bodes well. Lots of people are buying this, and that eats into the extensive amount of copies available. Give it another couple of weeks, I’d say, and you should be able to get some large quantities at $5 or perhaps even less.

Prismari Command is on here, at least the EA version, and that’s a card not seeing much Modern or Legacy play. It’s a very popular choice in Historic decks playing flavors of UR or Jeskai control.

There’s a huge question about Historic vs. Pioneer that I don’t want to get into right now. Suffice it to say that Wizards has a strong interest in growing both formats and probably merging the two at some point. Standard will always be rotating and refreshing itself. Modern has a huge variety of decks and multiple sets that combine new cards and new reprints into the format.

Historic and Pioneer represent a way to keep using your Standard cards even after rotation, which is a bigger deal online in Arena than it will be in paper. Remember at the end of 2019, when Pioneer combos and spikes were happening daily? Wizards would love to recapture that magic.

Prismari Command might be a key piece of such decks, and there’s a big gap between the FEA price ($11) and the pack nonfoil price ($4). Commander play isn’t a huge factor, at less than 4k decks, so you’re hoping for a lot of decks that want the mana and the draw two/discard two effect. The most basic version of Command was down to $3 about a month ago, so buying in now isn’t as attractive, but I think there’s a lot of room for growth, especially if lots of red-based decks switch to Dragon’s Rage Channeler over creatures with just plain Prowess.