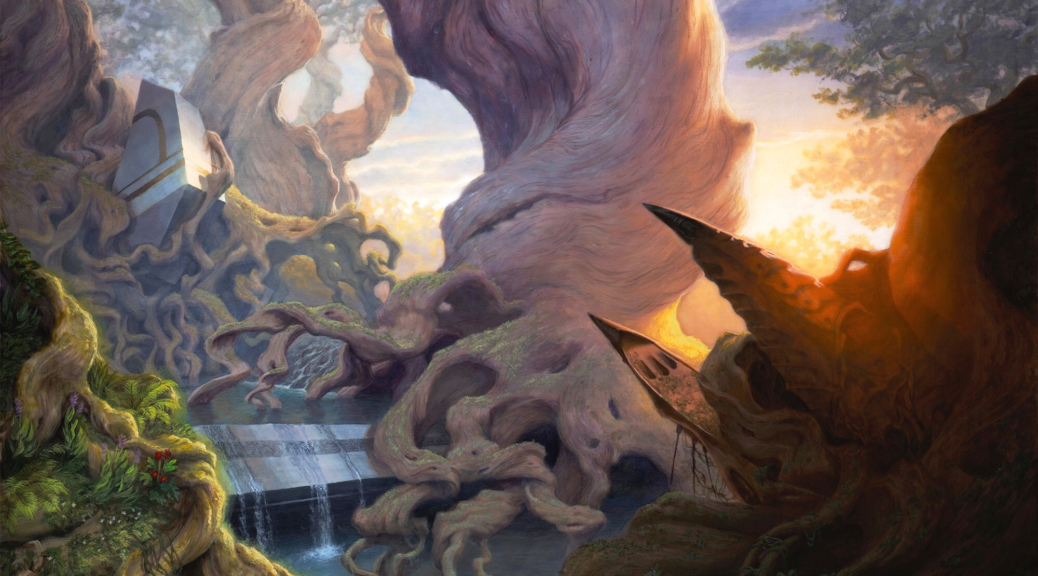 I was planning on going deeper on more of the Innistrad commanders and, honestly, this just seems like a bad set for it. The commanders are either Slogurk – just another Simic goodstuff pile that has the same lands-matter cards as the last 10 Simic commanders, or it’s incredibly narrow – curses or Werewolves or something. I fully intended to dive into Lynde, and I just didn’t see anything to care about.

A bunch of cards that are basically never going to go up, and one that did. The worst one. I don’t get it.

I’m sure this went up for non-EDH reasons or something. I don’t know – the point is, Lynde isn’t really making anyone any money. The more specialized commanders get, the more obvious the picks get to people, but since they don’t have any idea of the scale we’re talking about, they’re guessing at the demand. Will every Lynde deck run Curse of Vengeance? Maybe, but how many decks is that? Right now there are 73 in the database and they’re all basically identical. Will people still want to build Lynde in 2 months when there is a new set out? Looking at just the data from the set, it’s clear Lynde is popularish, but what does that mean?

Sure, there are more people playing EDH than there were in 2018, but there are twice as many Legendary creatures every set as there were then, too. Most commanders won’t get built. Obviously bad ones won’t get built very much at all, but even decent ones won’t, and one reason is that they’ll be made obsolete soon. I gave up on a Lands-matter commander in Simic because every few months a new version came out. Is Slogurk the best one?

OK, this is going to turn into a lecture, so here’s something to tide you over – this card hasn’t been printed all that recently, it is in both Stickfingers and Slogurk, it isn’t likely to get printed soon and it shouldn’t be under $20

Back to my rant – I’m picking on Lynde a bit, but I could easily pick on Tovolar. Tovolar is running away with the number one spot in this set, but how about for the week?

How about for the month, then?

There is a LOT going on here. What gets missed when we move from set to set so quickly is that how good something is over a longer term matters a lot, too. Sure, if you had Immerwolves you could be selling them for $3 apiece on TCG Player direct right now if that’s your model, but if you like to buy retail and flip to buylists, the easiest way to make money, you’ll need some sustained demand for the buylist price to go up. The number one deck built from a set MIGHT do that the way Prosper has, but it’s pretty clear it needs to be more than just the best deck from that set. Looking at Weekly and Monthly trends is one way to identify longer-term demand and find better buys.

Here’s something interesting I found.

Prosper is number one, blah blah blah, but look at the rest of the top 5. Galea was the second most built commander in the set, with nearly as many decks as Sefris. Let’s look at the top decks of the last 30 days again.

Sefris is there, but where is Galea? Even though Galea was more popular overall and more popular in the set, in the last 30 days, people have continued to build Sefris decks and not Galea. Of the 871 decks in the database for Sefris, we can deduce that 586, or 67% of the total, were built in the last 30 days. Only 551 Galea decks were built over the same period. It’s not nothing, but it means Sefris is creeping up. How many Top 5 decks in a set don’t even chart a month later? 540 Volo decks, 325 Tiamat decks, 236 for Xanathar… feels like we’re already losing steam. Of everything we discussed today, only one deck, Prosper, makes the Top 100 in the last 2 years. Seeing more Galea decks than Sefris decks were being built 3 weeks ago tells us some stuff but not noticing that Sefris closes the gap by about 20 decks a week tells us a lot, too, and it’s information I’m largely not accounting for like I should be. Look how many of the set-specific EDH precon commanders are on this list – Lathril AND Anowon? We looked at Lathril picks the week the deck was spoiled and that’s it, but more people are building Lathril than Kenrith during a week that Golos got banned and that’s significant.

What does this all mean, in practical terms? To me, it means that while speculating on cards that are going to be good in Slogurk is probably smart since a non-zero number of Slogurk decks are going to be built, we need to focus more on the Prospers of the world. A Prosper spec seems like it’s twice as likely to go up and stay up compared to a Sefris spec, but we haven’t revisited either, really. All of that ignores the fact that we never even gave Sefris a serious look the first time. Should we have?

No, probably not. Still, though.

Since I have basically made the case that Slogurk specs are only worth it if they’re in more decks than just Slogurk since the growth potential is limited, let’s look at cards that are in Slogurk, Stickfingers AND Tovolar, shall we?

OK, so we’re clearly going to have to deign to look at cards in a mere 2 decks rather than all 3, which still gives us opportunities to find some hits.

The EA copies of Yavimaya are pretty hot, and since the lowest they ever were on CK is about what they are on TCG Player now, we can pretend we didn’t miss out on 2 weeks of solid growth by not doing this sooner.

Everyone loves a good sac outlet. Well, not Tovolar, but these other decks do, so that’s cool. There will liekly be another chance to make a lot of money on this as it dips to $2, which should have been a cue to leap on the copies with alacrity, but this isn’t done going up.

When I expanded the cards I included to all of the cards from the page and not just the 99 cards in the average deck (something I did for comedic effect to show you the average decks had few cards in common), Utopia Sprawl showed up for all 3 decks. I don’t know if this is the fixing everyone acts like it is, but this is a very good card and it has a ton of utility. Anything in the future that untaps lands, any future enchantress card, any deck that needs fixing – this has 100 chances to hit $12 barring another reprint.

Of the 3 decks, Tovolar, Stickfingers and Slogurk, the one deck that didn’t include this was Tovolar, the Wolf deck. This card is busted with a big graveyard, which Slogurk and Stickyboi both give you. Feast your eyeholes on this graph.

The foil has hit $5 before, expect a second spike to be closer to $10 than $5. This is a sneaky good card, but it’s tough to reprint the foil and with no Werewolf precon forthcoming, where would they print the non-foil? I mean, this isn’t a Wolf card, but people get hung up on the tokens it makes, so maybe WotC does, too.

Is Tovolar the next Prosper? Well, no. I don’t know if we’ll get another Prosper this year, but if you want to mess around with the list comparator tool for literally 10 minutes, I bet you’ll find some hits. Here are some lists I would cross-reference.

I would check Sefris against Anowon.

Being the best deck in a bad set isn’t half as good as being the second best preconstructed deck in a worse set sometimes, so make sure you check the macro view and don’t miss out on the Yavimayas for the trees. Until next time!