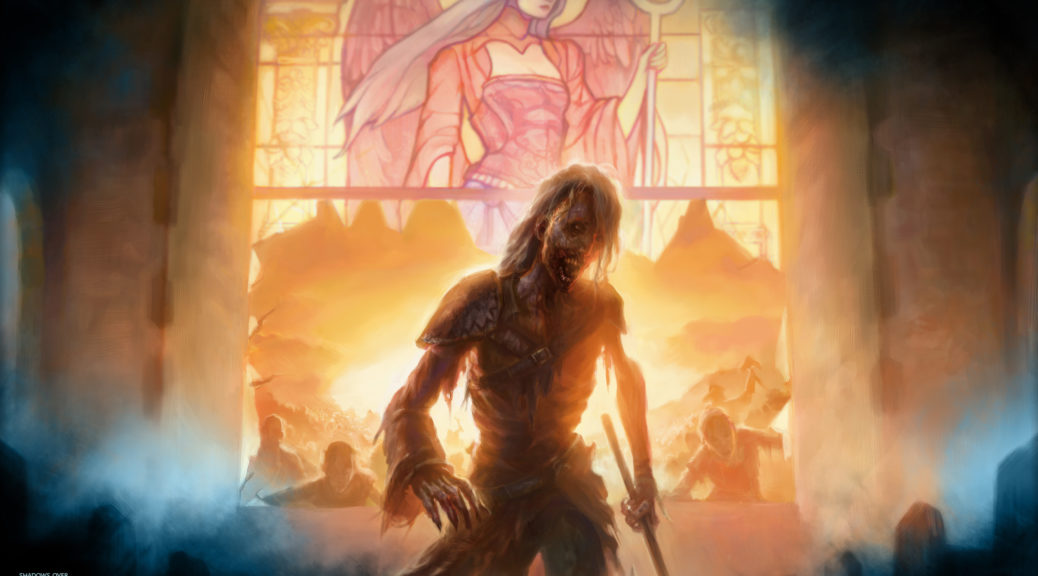 My time is valuable, as is yours, so I want to get you this info as quickly as possible in case there is anything you can do with it. You know I prefer the ling, sustainable specs, but every time a new set comes out, some stuff pops in the short term and the window to react to it is fairly small. I feel like I’d be doing a disservice if I didn’t at least apprise you all of what’s going on and leave the decision whether to chase these quick, fleeting specs up to you. You’re adults – if I can trust you to follow my methodology without misrepresenting or failing at it, I can trust you to decide whether you want to fight with a few other people over the last few copies of a card that popped based on something that was spoiled this week. I’m not here to tell you what to do, merely what there is that you could do if you were so inclined. If that makes sense. Anyway, here are your picks.

This is a fairly unnecessary Magic card. At first, people theorized you could do some relatively busted stuff with this card if you had bouncelands, but since that doesn’t work, basically the only thing you can do with this is the least fair thing you can do with this, which… I don’t know how to feel about. Colossus has caused people to take a second look at Abundance, for one.

Abundance was probably too cheap for how good it is given its relatively high number of printings, but a lot of those printings are weird and obscure and copies are drying up, fast. Abundance is a two card combo with Cultivator that dumps every land out of your deck which you may or may not find exciting. The issue is that this is a 2 card combo and neither one of those cards is your commander. I am fighting a losing battle trying to convince people not to run Grolnok as Frog tribal, and maybe this goes in a deck like that because Abundance can help if you’re milling yourself a lot, but a two card combo that plays all of your lands and draws you quite a few cards is still sort of difficult to do anything with. You need a way to win from that state, which isn’t THAT tough given the advantage, but which will still require more work, and the combo is two cards, neither of which is your commander. It’s doable, but I don’t see Abundance being $10 on the back of it. That said, perception is reality, and people perceive Abundance as a card worth getting.

Conversely, Runo IS a commander, and cards that pair well with Runo seem like a good play, whether or not he ends up popular. In general, anything that pairs with your commander is essentially a 1 card combo since you always have access to the commander, making it much more appealing than the Abundance shenanigans we mentioned above.

There is no reason to think a card that has already flirted with $10 before can’t get there on the back of Runo making people build a dumb tribal deck. If you check out the sea creature tribal pages on EDHREC, you’ll likely find some other cards like Whelming Wave and Fleet Swallower and it’s up to you to decide how compelling you find those. Personally, I don’t think they’re too bad. I don’t know how good Runo will be, but it won’t take much for people to buy in on spec, so get your copies to sell to them if you must.

There are a non-zero number of decent opportunities here, imo.

I think Blood tokens are pretty bad, but some of the cards that make them are pretty good.

Ultimately, Blood tokens likely end up in Vampire decks, which is a good thing because rummaging is a great way to trigger madness. Of all the Vampire cards that benefit, I think there’s a clear winner.

Not that Red struggled with this too much, but this is another way to grant instant speed to your spells, and Blood tokens make it easier than ever before to trigger Madness. Gorger has historically not been that good an investment, and the low price means there was little incentive for people to sell a lot of copies to dealers, meaning as the price starts to try to go up, a glut of loose copies from all over will flood in before you can realize a huge gain on your copies. That said, this is a solid card, people are buying any and all Vampire cards just because, and if this isn’t reprinted in the EDH precon, this is a card that we at least know will be in decks.

We don’t have any EDHREC data right now, but we will next week so tune in for hits that are less quick. Until then, get out of this stuff ASAP and buy longer-term gainers like I try to help you do. Be greedy when others are fearful, fearful when others are greedy and Cultivator Colossus is a $10 card. Until next time!