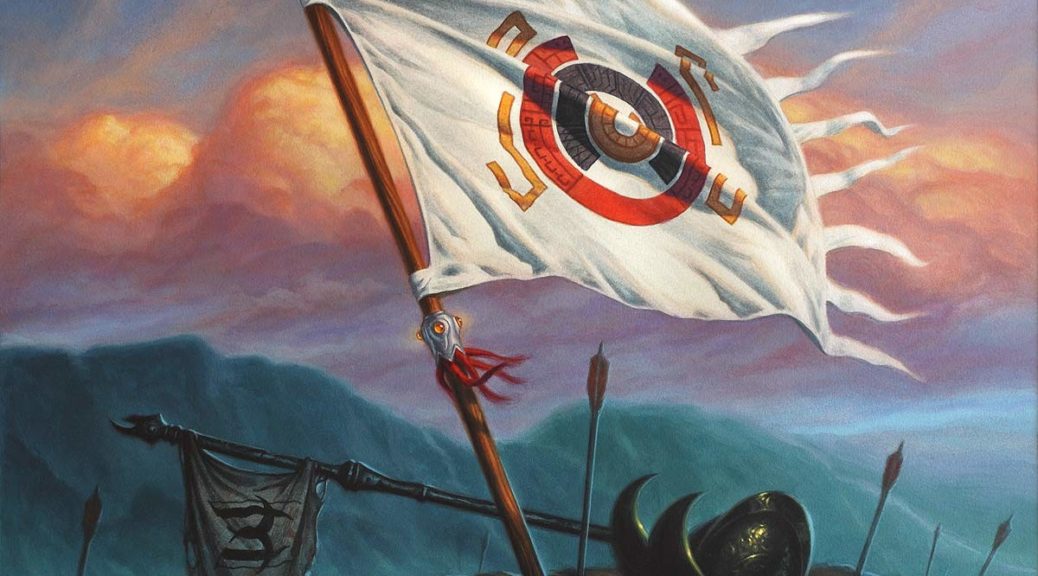 Remember in school when your teacher had what you realized years later was a hangover and they wheeled the TV on a cart into the classroom so you could watch a movie while they put their head down, or am I dating myself? This time of the year feels like a blowoff time of year. I’m not hung over, dear reader, and I’m not feeling lazy despite the weather outside being frightful and de dum de dum delightful or however the song goes. No, I maintain that what I am going to do today is provide you with an article that is DENSE with picks and light on some of the.. you know, structure of an article. Remember when I wrote a 20,000 word article? This will be kind of like that one.

In order to set up an article where I mostly post pictures, I’ll need to explain what I am doing before I do it. Simply, I’m going to find cards that cost more on TCG Player than they do on Card Kingdom. That sounds simple, but why am I doing it? Well, and this is going to sound a little patronizing because 99% of you know this but I write for everyone, Card Kingdom charges more than TCG Player. They should. TCG Player is a marketplace where sellers compete with each other to have the lowest price possible and that is rarely going to settle higher than a well-known site with great customer service* (don’t scroll to the bottom, I don’t plan to put a footnote) is charging. Card Kingdom can and does charge more than TCG Player, because of course they do. When they don’t? Well, when they don’t, something is wrong.

Literally all I am going to do for this article is look on EDHREC until I see a card where the Card Kingdom number is smaller than the TCG Player number. When I find such a case, I’ll go to both sites to make sure the card is in stock (a card being out of stock on one site and moving on the other causes a lot of these discrepancies) and if both sites have the card in stock, I’ll talk about if I think it means we should be the card on either site or both. That’s it. It’s going to be real easy but it’s a lot of work for me. Just watch Stand and Deliver because this is either Math class or Spanish class and I’m going to rest my eyes for a bit.

Sorry! One last caveat – cards under like $2 or $3 are going to be confounded by shipping costs. TCG Player sometimes has the shipping cost built into the price, sometimes it doesn’t. That’s confusing and I would just as soon avoid it. Anyway, let’s do the thing already.

Wow, first set I looked at has one. This is indeed cheaper on Card Kingdom, though not by much, and shipping can explain a bit of it. That said, the cheapest NM copy on TCG Player is like $4.

What’s more, supply is low, at least for individual printings. That said, I don’t think this is that compelling or driven by any kind of demand. I think from now on, I’ll get more quality hits if we recalibrate to $5 or more and cards with fewer than a gazillion printings. Mycoloth is a great EDH card and it likely recovers from this reprinting, but there will be another. There is always another reprinting for this card.

With new parameters in mind, the search continues.

EDH didn’t do this, but also, how do you reprint these cards outside of an event deck? These prices are legit and I suspect both are on their way to $10 as paper Modern picks back up. Modern Horizons 2 gave us some more Cascade stuff and the DFC lands haven’t been legal in paper modern yet. If I could classify anything as a “Slam Dunk” I’d start here. Not EDH picks, but I discovered them using an EDH method so I’ll take credit.

There are multiple versions so I had to check all of them out, but it’s legit. Both Coolstuff and Card Kingdom are selling all versions of this card cheaper than the cheapest NM copy of the same version on TCG Player.

Another thing to check for is a discrepancy so large that while it’s still cheaper on TCG Player, it may be arbable on CK’s buylist. They’re paying $8.50 in credit here, which is not an arbitrage opportunity, but it’s close. Why is CK buying this for close to retail? Well, because they always sell it for $14. It makes the $9 copies look pretty good.

One thing to check is how many listings are on TCG Player. In this case, there are 4 printings so there are far too many copies, but each individual copy has fewer than 80 listings. There won’t be a run on these, but why is TCG Player’s supply so low if the EDH site can’t move these for $6? I think TCG Player is suffering from people not seeing enough demand to bother racing to the bottom on these, but that will change if they do another mono-colored EDH set.

Not sure what’s going on here, but I’m staying away based on the TCG graph.

The cheap version on CK is the “The List” version, so what is TCG Player selling that version for? There’s no way to know, because TCG Player doesn’t have a separate entry for The List versions. All I know is the cheapest NM copy is $9.50 for the Invasion version. The price is flat here on TCG Player so it’s unlikely the discrepancy is TCG Player charging more over time – it’s likely that CK hates cards from The List and so do buyers.

I know it’s the opposite of what we’re doing here, but I love this card under $15 right now.

One more thing you can train your eye to do is to notice when Coolstuff Inc is the cheapest. If they’re suspiciously cheap, that means they sold out but their API is still sending out the pre-sellout price. That means the cheap copies are getting bought out. This card is on its way to $10. Coolstuff Inc can be a canary in the coalmine sometimes, so watch for empty inventory on that site.

That does it for me this week! Join me next week where I’ll be trying desperately to find a new topic so I don’t have to write the lazy “Which Samurai could go up because we saw a Kamigawa Cyberpunk image of a Samurai on a motorcycle?” article I really don’t want to write. Until next time!