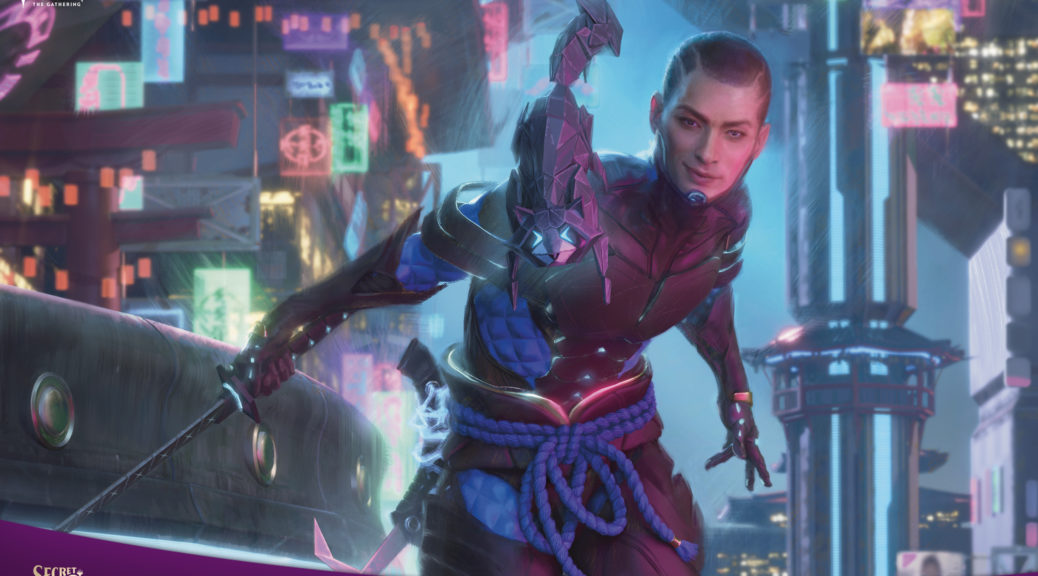 We talked a lot about Ninja, and some we expected to pop popped, some didn’t and some cards we did not expect to pop did pop and if this were that easy, everyone would be doing it. I did manage to get quite a bit right, but now, for the sake of being thorough, we need to talk about Samurai.

Will Samurai be supported in Kamigawa: Ready Magic Player One? Maybe. Will that support make it a good tribe? Doubtful. Even if the new Samurai are all really good, the old ones are not and they won’t contribute much beyond filler. Samurai is, however, a tribe that has never really been supported and now that it looks like it might be, expect people to react like they did with Squirrels. Besides, once you add all of the 5 mana artifacts that make every tribe’s creatures bigger, you won’t have room for more than 15 creatures and you won’t care that they’re 2 mana 1/1s with Bushido. Besides, they don’t need to be good, they just need to be Samurai. Some of the obvious stuff has popped, but what else would you need to buy to actually build the deck? Maybe EDHREC has an answer.

Then scroll about halfway down. Of the 100 tribal themes recognize by EDHREC, Samurai is number 48 – ahead of Myr and just behind Ninjas. If you think Ninja re more popular than Samurai because there is way more support, there is a good commander, there are Ninja cards in multiple sets and people think Ninjitsu is a much better mechanic than Bushido (all objectively true, by the way) remind yourself that none of that matters to EDH players. They want to build Samurai decks, so they do.

This list is legitimately wild to me at first glance. Saskia makes sense, kind of since there are Samurai in every color but Blue for some reason. The 2 mono-White Kamigawa commanders make sense. Alesha makes sense when you consider the Samurai are all Grizzly Bears with glorified Flanking. Iroas says combat go BRRRR. And Queen Marchesa rewards you for zerg rushing them with Devoted Retainer into Samurai of the Pale Curtain (and actually super underplayed hate bear in EDH). So all of these commanders make sense when you think about it. The benefit of seeing already what people spent the last decade and a half figuring out makes me think I’m smart for understanding why people did what they did, but I’m not sure I could have spit out this top 6 if I had to, blind. Luckily, I don’t. I’ve got 6 lists worth of cards to look at. Is anything in play? Let’s dig in!

These have jumped a few bucks but since there is plenty of supply on TCG Player, still, no one has really noticed. When that happens, sites like Card Shark and other random forgotten gems will have 3 or 4 copies. It’s not much but it’s still gettable at old retail even as Card Kingdom begins to sell out.

It’s hard to tell if this graph shape means it’s too late or if it means that TCG Player and CK are way up but you can still grab these for under a buck where they deserved to sit for years. I don’t like a Green Samurai since it limits which decks it can go in, but if you’re playing some 4 color Saskia pile, you likely need this. At least this interacts with other samurai, unlike…

This is pretty meh in a Samurai deck but it’s no worse in any other White deck since it doesn’t interact with Samurai at all but does have a decent ability. For a car that doesn’t say “Samurai” on it anywhere to have its price tied to speculated Samurai support in this set is baffling, but this kind of buying behavior isn’t rational which is why I’m hesitant to do articles like this one.

I don’t think Shared Triumph is good, at all, but I also don’t think a card that’s in a lot of Samurai decks and stands a chance of being in more later should stay this cheap. Share Triumph will never be $30 in the future, but I bet it’s never $4 again. How much do I bet? Eh.

I almost accidentally typed “Oathbreaker” instead of Oathkeeper in this paragraph, but I caught myself. This card isn’t Oathbreaker – people are playing it.

It really seems like the people who paid like $4 for foil copies of cards like Takeno and Lizuka were the big winners, here. The real move is to just buy obvious garbage foils very early and sell out when the tardy folks get around to buying 15% of the cards they think they will need for a deck they’ll never finish building. That or just avoid frenzies like this altogether, which is what I normally do. With the new set being spoiled later this month, we’ll have a ton of real data to look at but, until then, either research turtle tribal or buy some sealed product. Until next time!