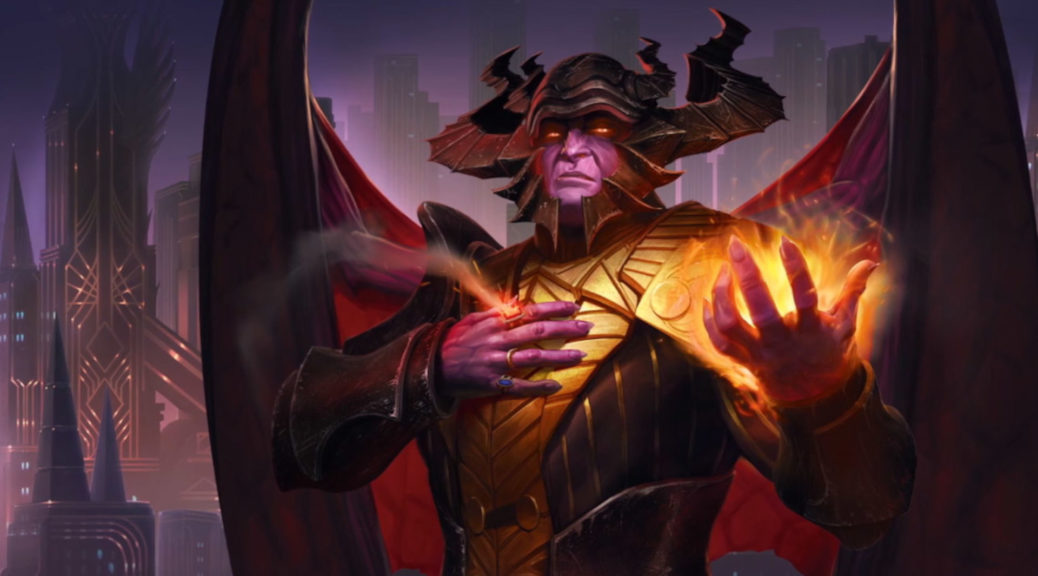 You’ll be thankful to hear that I’m taking a week off from talking about Pioneer today – now that we’ve seen the full preview for Streets of New Capenna, I want to do what I usually do right before a new set comes out and have a look at what I think should be decent pickups when we hit peak supply in a few weeks.

I’m not going to spend too long talking about these, because it’s pretty clear from looking at the original Triomes that these are going to be a success on pretty much any timeline. With the original set of five printed in Ikoria, we just had regular versions and Showcase variants – now we’re getting both of those plus Borderless versions too. Just to make things confusing, it looks like the new Borderless versions are the same style as the old Showcase versions, and the new Showcase versions are a totally different style (and the regular versions are thankfully just normal). Keeping up? Good.

The regular versions of the Ikoria Triomes got down to around $4-5 after release, and the foil Showcases hit a low of around $15-$25, depending on which one you’re looking at (Savai lower, Ketria higher etc.). I’m hoping to see similar (or lower) prices from these ones as well a few weeks after release – you might think that prices will stay higher because people already know how good these lands are, but I’m pretty sure people knew that the Ikoria Triomes were very strong and they were available at fairly reasonable prices for a while anyway.

Regular Ikoria Triomes are now sitting at around $15, with foil Showcases up at $40 or so – I think that given a reasonable amount of time we should see those prices from the new ones as well (if you swap out old Showcases for new Borderless foils – the Borderless are more expensive than the new Showcases and I think they’re likely to stay that way).

Void Rend has caught my eye as possibly one of the best spot removal spells that you can put into an Esper+ EDH deck (i.e. anything that’s white, blue, black plus any other colours). Unconditional permanent destruction that can’t be countered is huge for three mana, and I think that this will (or at least should) be going into every EDH deck that can play it for the foreseeable future. It’s almost a shame this doesn’t hit lands too, but I think that it might be a little too good/oppressive if it didn’t have the “non-land” clause on it.

As well as being a future EDH powerhouse (I don’t think I can quite call it a staple because it’s three colours), I think that this card could have potential in more competitive formats as well. Pioneer control decks will definitely be trying this out, and Modern will more than likely give it a shot as well – if they’re playing Vindicate (which they are) then I think they’ll be happy with a little upgrade.

I’m looking for non-foils to get pretty low on this – I don’t think it’ll hit bulk, but $1-2 seems realistic. For the Showcase foils preorders are currently sitting around $12, and I think this should come down a bit in the coming weeks – I’m hoping that we’ll see something like $5-7 but this will be one to keep an eye on and watch out for the low. The Gilded foils are going to be even more difficult to predict, with no preorders on TCGPlayer but a few up on CardMarket for €22+. I think we could definitely see it come lower than that, but by how much I’m not sure – it’ll be a bit of a wait-and-see.

Aside from the fact that I absolutely love the name of this card, I think it’s going to be a big player in EDH. EDHREC is already showing it as one of the top cards from New Capenna, and with Treasures now being evergreen in Magic there’s always going to be more support for the mechanic and new things to do with Treasure-related cards. It’ll be easy enough to amass a pile of treasures with Face-Breaker (and other cards), and then churn through your deck using your extra Treasures for mana to cast the cards you’re exiling to Face-Breaker’s ability.

This is a card that I’m going to look to be buying bricks of either in the US or Europe, hopefully at around $1-2 (or even lower if we’re lucky). It should be a great buylist target a year or two out, so be ready to sit back on this one and wait it out.