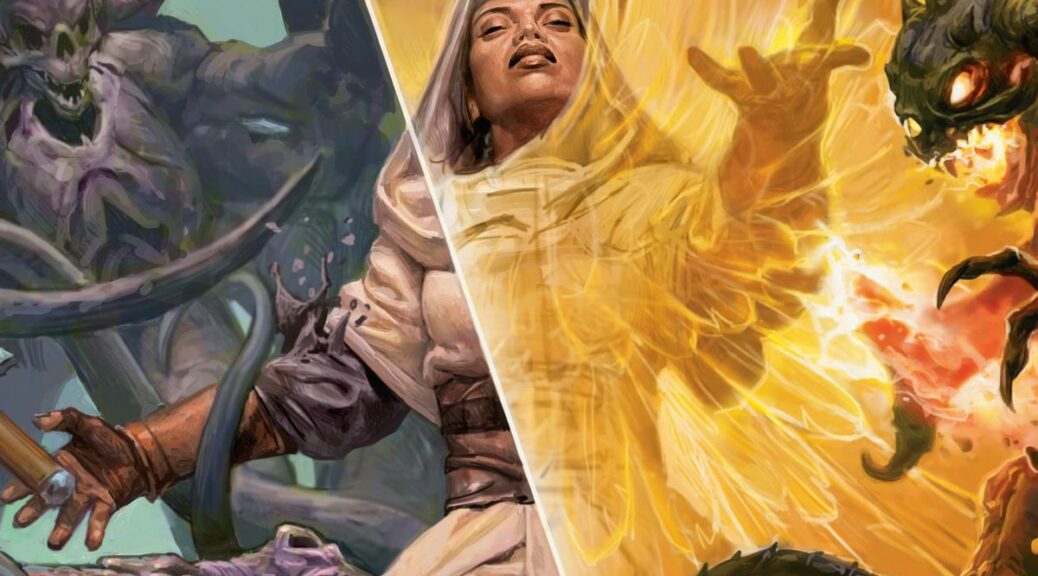 If you’ve followed Magic finance for anything like a year (or more) then you’ve seen the Retro frame foils from Time Spiral Remastered go absolutely bonkers. Thoughtseize was the pricey one out of the gate, but now it’s down to #3, behind Ponder and now Yawgmoth, Thran Physician. Add in Chalice of the Void, and you’ve got four cards worth over $200. Much of this subset of cards is over $50, but today I want to remember this subset and make some decisions.

The main reason to chase these cards is that Time Spiral Remastered was a limited-run set, and you got, on average, a little over one Retro Foil per box. We didn’t get second print runs, and it took a lot of boxes to find specific OBF (old border foil) cards. We aren’t going to get more, and the ones that people have tend to be vacuumed up into Cubes and Commander decks.

Put another way, there’s nowhere to go but up for these cards, and now the trick is finding the ones at the right intersection of ‘currently cheap’ and ‘gets a lot of play.’

Treasure Cruise ($33) – Believe it or not, this card is still Pioneer legal. Wizards might believe that this isn’t as bad as in Modern because there aren’t fetchlands and there isn’t Thought Scour. I’m not so sure that I agree, but considering that Cruise isn’t in the top ten played cards in the format, they might be onto something. Clearly it’s weaker, but is it that much weaker?

There’s less than 20 vendors, none have more than a couple of copies, and even if the Pioneer play isn’t overly hyped, the Commander play is there at 44k decks on EDHREC and therefore just the ones that people bother reporting. This is about to pop off, and if you can get a copy soon, you ought to.

Relentless Rats ($9 foil, $2.50 nonfoil) – For a card that’s only ever been common or uncommon before this special printing, this is still a $2-$4 card, and original foils are just $10. No one buys just one of these, and so the nonfoil might be the play if you’re looking to pick up a large stack of Rats. I know Rat Colony has its devotees, being one less mana, but getting a boost to toughness too is a big help.

Sanguine Bond ($22) – 33k decks online, part of an infinite two-enchantment combo, and no special versions aside from this. There’s 17 copies in NM foil on TCG as of this writing, and with that few copies, all it’ll take is a couple of sales before the prices rise. There’s no shortage of decks that can bleed the table dry with this card, and I fully expect this to be at least $10 higher in two weeks.

Intangible Virtue ($7) – When I started researching the OBF cards, this one surprised me the most. I don’t expect Secret Plans to be expensive, because it sucks. Virtue is one of the best cards in token-based decks, and it’s only two mana! Really, it’s a shock that this is only in 20k decks online, but seven bucks!? I bought a playset of these when they were a little over $10 each, and now that they are $7, I’m thinking of putting more money in to lower my average cost per card. Tokens are based in white, and I can’t imagine building Jinnie or Jetmir and leaving this card out.

Gray Merchant of Asphodel ($51) – To be fair, Gary has never really had the chance to get cheap. I bought two for different decks (Esper Zombies and Ayara Aristocrats) when they were $60, and they dropped down to $40 and have been on the rise since then. Online, it’s been in one Commander deck and a couple of other targeted reprints, but aside from the promo frame FNM version, there’s no other special version to chase. Over 70,000 decks have registered this card, and it’s only been in the 2014 precon, so no freebies there. I fully expect a few sales to push this up another $20 by the end of the year, and a lot more past that.

Panharmonicon ($40) – I would understand if you wanted to make the case for the borderless ‘blueprint’ version of this card that you can pull from some recent Secret Lairs. Problem is, those versions are still being opened, and the price difference reflects that influx of new copies. We’re not getting any more OBFs, and if you want this version, you better get it now before it’s $75, or breaking $100.

Solemn Simulacrum ($30)  – One of the top cards online at 196,000 EDHREC decks, clearly second tier version behind the Invention. Even with the Invention, this is going to start climbing soon, as it utilizes the classic Jens ‘Sad Robot’ art and I don’t know what to say if you’re not a believer when there’s the Invention, this, and a way-back-third-tier pointy Borderless version for those who like special frames.

Hedron Archive ($16) – Finally, one of the most efficient mana rocks around. Four mana gets you two right away, and an option to draw two later when you don’t need it. Solid all around, and 48k deckbuilders agree with me. Granted, it’s been put into a lot of Commander precons over the years, but there’s still just two foil versions available and this one is quite obviously the preferred version. On TCG, when it comes to NM foils, there’s only 30 copies total available, none of them concentrated. Get yours today!