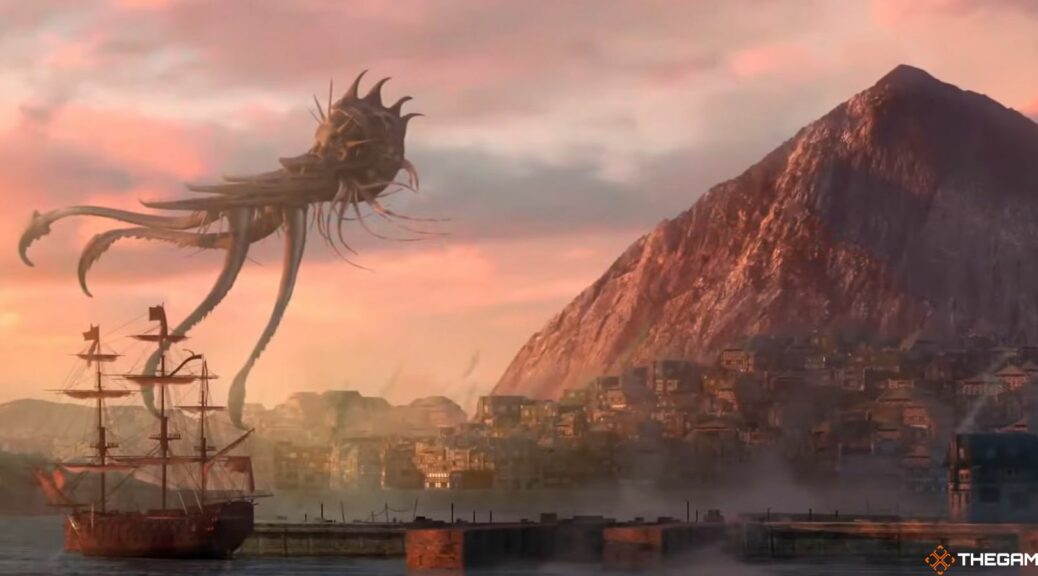 We’ve got the full list of Commander Legends: Battle of Baldur’s Gate, and there’s a lot of amazing cards in here.

Not a lot of heavy reprints (yet, we’ve still got the precons coming) but there’s a whole lot of really sweet cards out there. This set is more expensive than previous sets, and that’s surprising to see without some kind of headliner, like a Jeweled Lotus or a Dockside Extortionist to anchor the value.

Granted, we’ve got Double Masters 2 on the horizon and that should be *stuffed* with value.

However, for right now, we’ve got some amazing things to deal with and I want to plan out what to buy and when, so come along!

The Ancient Dragons – The main thing I’m looking at here is the casting cost. These are all very good cards, and while some are clearly more powerful than others, All of them should see their share of Commander play. The Bronze one (the green one) is clearly the weakest, adding counters when you’re already getting damage through is good, and maximizing a roll requires something else to put counters on.

We’ve got a recent example of a cycle of Dragons: The Dragon Spirits from Kamigawa: Neon Dynasty. Those five tell a story, financially speaking:

So Junji is among the most popular, and Ao is the least so. We’re looking at $30ish for Junji in borderless foil, and $12 for Ao the same way. The NEO cycle is less powerful, but lower on mana costs. I’m expecting to see these Ancient dragons do something similar, in terms of opening up very expensive and dropping pretty fast. Not as many people will want these cards, just from the mana cost.

I’ll be very tempted to buy all of these Dragons right away, but more likely is that I’m going to wait a few weeks for things to calm down, and then I can get what I want for a more decent price.

Bramble Sovereign (currently $15 nonfoil) – This isn’t a very common card on EDHREC, where people choose to upload their decks, but it was only available as a mythic in Battlebond four years ago. Just under 6,000 people have listed this as a card, though there’s likely a lot of decks out there that have this card. Remember that you can give someone a token copy if you want to, making this more political than it might first appear.

The trick with reprints of expensive or semi-expensive cards is to let it get cheap and then buy a lot. I’m expecting this to travel down into the $7 range.

Karlach, Fury of Avernus – Note that the attack trigger doesn’t require Karlach to attack, so you can just sit him back and let other creatures do the work of getting in there twice. There’s a few creatures that can trigger more attack steps, but this one can’t combo off with Delima, Wild Mage or other such things because you only get an untap if it’s the first attack. I want this to get cheap, like under $5, because while this is good it lacks synergies with most things but it does have a Background.

Legion Loyalty – Eight mana! Sure, it’s capable of doing great things, especially with something Sundial of the Infinite, but barring effects that cheat the enchantment out, I don’t think this is very good. Myriad is broken when there’s still four people in the pod, but when you’ve eliminated two other players, myriad does stone nothing. I’m looking forward to buying this as a cheap brick, hopefully around $2-$3, hoping for something to come along to make it jump back up.

Altar of Bhaal – Recurring Nightmare is banned in Commander, and this is the fixed version. Exiling means you can’t recur the same creature back and forth, and now only once per turn. This is capable of doing some very disgusting things, especially with a fun little adventure built in. I’m anticipating being able to get a lot of these near $2, hopefully $1 just for the future buylist out.

Ascend from Avernus – If you like Agadeem’s Awakening, you’ll like this more. It’s not a land, and yes, that is a drawback, but the thing is, that’s just how good a MDFC is. AfA is a mere rare, and can do a great job as a mass reanimation spell. Being able to bring back planeswalkers is a huge bonus, one that only Eerie Ultimatum can compete with. Eerie is better, but it’s also three awkward colors. The cheapest version of Eerie has come down to just about $2, so we’re unlikely to see Ascend from Avernus go much under $3-$5.

The Allied Battlebond Lands – These never really had a chance to get cheap. Instead, they started cheap, and then started climbing upwards.

Now we’re going to get FEA versions to compete with the Expedition versions, but again, I’m more likely to focus on waiting until these are at peak supply and then buying them up. Getting your good lands cheap is sound advice for Commander in general, but the inevitable rise of these lands will give wonderful returns. I’m more likely to be patient on the regular versions and then go deep on those, hoping to buy around $5 and buylist for $10+. FEA versions are probably going to be expensive for a while as people upgrade from Battlebond foils.

Gale’s Redirection – I love this card. I dig Spelljack, Desertion type effects, where not only do you not get your card, now I get it. Note that this gets around ‘cannot be countered’ effects, and if you exiled something big and huge and can’t be countered, then it’s that much more likely you’ll end up playing this for free! It’s also a way to just keep something exiled forever. I suspect regular and FEA versions of this will be delightfully inexpensive.

Kindred Discovery – (currently $19 in nonfoil only) – This was only printed in Commander 2017 and a few iterations of The List. As a result, it’s only in 17k decks online, because people who bought the deck had a tribal deck that wanted the card. (It’s as good as advertised, btw.)

The price on this is mostly due to the low supply, and we’ll see how many people add it this time around. We’re getting a FEA version, and that’s probably where I want to be, especially if it gets under $10.

Reflecting Pool – (currently about $21 for the cheapest version) – It’s been reprinted a few times, and has been listed in 50k decks online. We can check the graph, and yep, we’re due for a reprint:

Again, this isn’t complicated. Buy at the low, probably around $7, and then be patient. Reflecting Pool will recover, it’s too handy not to. We’ve got ample evidence that every printing hasn’t affected the price too much in the long term.

Vexing Puzzlebox – I love this card for taking something that we’re doing and adding a strong bonus. This is a broken card, letting you tap it and go get any artifact and put it into play. Every dice-rolling card wants to have the Puzzlebox in play, and there are a LOT of cards that can add up the charge counters. Delina, Wild Mage is one example, but everything with a d20 is fair game. Plus, at some point in the future, we’re going to get a multicolor commander whose focus is rolling dice, and that’s when I’ll want to have FEA versions in stock. Vexing Puzzlebox is a mythic, as an such I doubt it would ever hit bulk pricing. Instead, I’m going to focus on FEA versions that will push as low as $5, and simply wait.