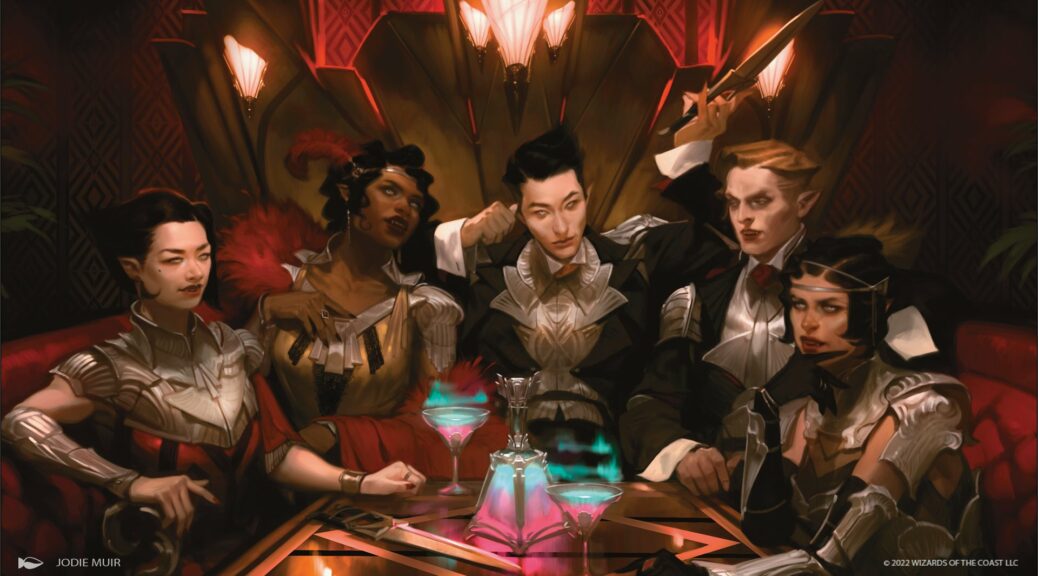 The way that EDHREC sorts cards can be a little misleading sometimes, because it pushes multicoloured cards, that aren’t necessarily the most popular in terms of raw numbers, to the top of the standings due to their percentage inclusion in decks. This can be useful depending on what you’re looking for, but it does mean that some of the more popular cards that go into a lot of different decks get listed further down – so we have to use our brains a little more.

No matter, that’s what I’m here for – to help you decipher which cards you should really be looking to put money into and which might be red herrings.

I’m writing this article specifically about Streets of New Capenna, because this set is a prime example of having a huge number of multicoloured cards topping the EDHREC standings for percentage inclusion. There’s no doubt that cards like Void Rend and Riveteers Ascendancy are great, but they can draw our attention away from cards like Professional Face-Breaker that are going into more decks than both of those combined.

I quite like picking up regular versions of Halo Fountain right now (not to be confused with Hallowed Fountain) – it’s one of the most popular Mythics from the set, and yet doesn’t have a price tag to match. Bootleggers’ Stash is in a little over a thousand decks more (5.3k vs 4k) listed on EDHREC, but is running up at $18 compared to the $4 we’re seeing for Halo Fountain. Yes, it’s a card that goes in a wider variety of decks, and yes green > white, but the numbers on Fountain are still pretty strong here and I wouldn’t discount it at all.

It’s going to be an incredibly popular casual card just because of the “win the game” clause on it, but even aside from that it’s just quite a good card in token/go-wide decks. Make creatures, draw cards, maybe win the game (especially if you’re playing some decent Convoke cards), and I think we’re onto a winner.

$4 for a popular mythic feels like a good buy here, and I wouldn’t sniff at the Borderless foils for $12 either – they could easily see a double up or more given enough time.

Another white token-based card? Sure, why not. In the right kind of deck (and why would you be playing this in the wrong kind of deck?) I think that you could realistically be pulling out the card you hid away on the turn you drop this, or at the very least the turn after, and even once you’ve done that you’re still getting value from the enchantment afterwards.

Hiding away some big convoke spell or a Craterhoof Behemoth in your tokens decks seems pretty good, and although five mana is a reasonable investment for this card, you are getting immediate value from it and it’s probably not scary enough to meet an immediate removal spell, so you’re going to keep getting incremental gains from it as well.

Nearly 3500 decks recorded playing this on EDHREC makes me think that $3 FEAs are a good deal right now, especially considering the fact that regular non-foils are around $1. These could easily buylist for $7-8 down the road, and probably retail a good deal higher than that if you’re patient.