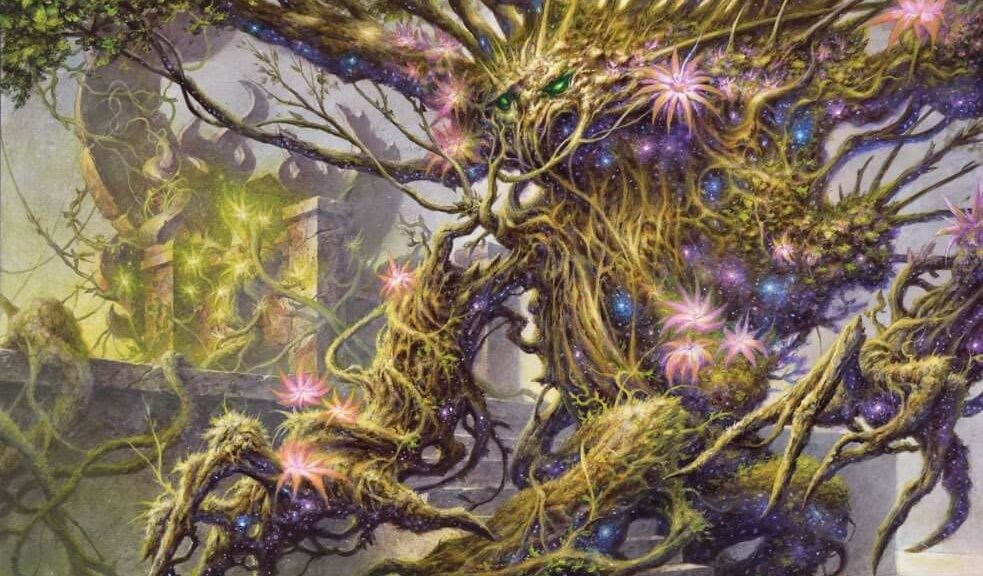 “Wait” I can pretend to hear you asking “do you mean to tell me coming up with an article full of future potential specs backed by inclusion data and a decade of M:tG finance experience is easier than making a pun title?” which sounds like a dunk because it absolutely is easier in this instance, and how good EDHREC has been at identifying potential specs before anyone else is a big part of it. I have no one’s help for writing a pun title, especially one I haven’t used in the last 3 months to do any of those set review articles. I have lots of help when I write these articles, and EDHREC is almost all of it. Let’s see how the set looks, shall we?

Wait, this can’t possibly be right, can it?

We won’t go through all 62, but we won’t need to because the top ones need attention first. Let’s get into it!

Tokens goodstuff is pretty boring but I guess they can’t keep churning out interesting commanders 62 at a time. This is popular but nothing in it is super new, which is a drag.

At this point, there is probably a case to be made for any card from Shadowmoor block that can untap by adding a -1/-1 counter. It’s not just Devoted Druid, though that is the obvious one. Druid and Vizier of Remedies. The foil on this is trending up regardless and maybe you pick the regular ones out of bulk, too.

For reference, Grim Guardian, another card in the deck, is a $4 foil due in part to how popular it has been in EDH in the last year and how few foils of trash commons there are online. I don’t think medic hits $4 but it might not not.

Medic has some catching up to do first, obviously, but if this is a combo piece, Medic does something a lot more repeatable. Ultimately, I guess keep an eye on EDH foils, even fringe ones. I mean foils, no Pringles -5 years old and older is preferred.

None of this is really new, either, except the cards that are themselves new. New commanders come out so fast that the 70% of a Xanathar deck I have built probably becomes Tasha, or a commander from the next set if I miss the 2 week window to build Baldur’s Gate.

Sire is having a bit of a mini down-tick which seems fine. This is already flirting with $9 on CK, I think you can see your way clear to paying half of that on TCG Player right now and toppling the domino.

I want to live in a world where Tinder Wall is worth something.

Maybe this is an illustration of how trash modern foils are, but Grumgully just seems like it should be worth more. It’s not a great commander, but it can be a lot of fun in the right deck.

It isn’t not played.

I think this is a card I’ll wonder how it’s so inexpensive, forget about it for 3 years then wonder why it’s so expensive.

Why isn’t this card worth more money while we’re at it? It makes no sense.

Not sure which Kermit to listen to here but I don’t like how this price is so sticky.

We talked about RaggidyDraggidy a bit last week but it made the most obvious specs go off. Is there anything else this card can do?

This should cost more money. I know I’m a broken record, but sheesh.

This seems to be trending upward enough that I think it’s a decent buy at its current price. There was never a great time to buy it since it debuted on CK at more than it goes for on TCG Player now. The truth is this price hasn’t moved much and any hint of upward movement is enough for me.

Next week we can dive into some lesser-played commanders in part 2. Until next time!