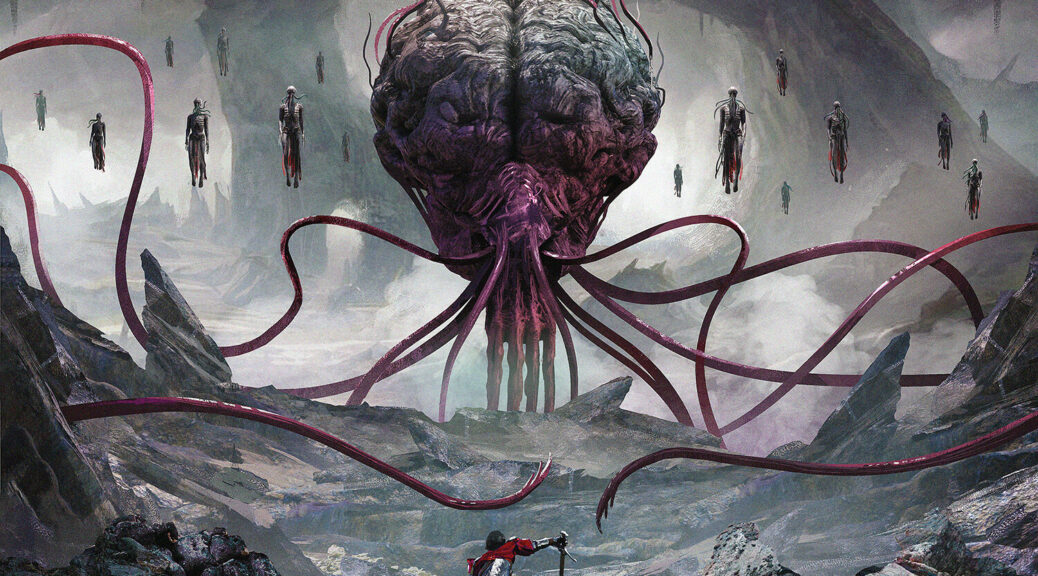 Here we are, the dawn of a new set. Preorders are all over the place, spikes are happening left and right, and we’re one month away from Double Masters 2.

For right now, though, I want to focus on the Collector Boosters from Commander Legends: Battle for Baldur’s Gate. Every set since the first Commander Legends I’ve calculated your odds, and I’m glad to bring you this set of data.

Please note that today’s piece is focusing on the Collector Boosters only. Set and Draft Boosters will have to wait, as those require a whole new set of tables and calculations.

First of all, let’s go over what we’re told explicitly. This set has subdivided many of the types and treatments, which helps simplify what can be found where.

One thing I hate about this graphic is that it isn’t in order, according to the box opening videos I’ve watched. Just irks me.

It’s a bit painful to say, but in terms of rarity, there’s only two slots we’re going to focus on here. The nonfoil, regular frame cards rarely carry a huge price difference from nonfoil showcase or foil regular frame.

For instance, the slot for Extended-Art Commander rare/mythic. There’s 40 exclusive cards, 12 of them mythic. You’ll have a 1/67 of getting a particular EA mythic or 1/33.5 for a particular EA rare. (Artificer Class does not have an EA version.) Given the volume that’s going to be opened, that’ll be a LOT of cards. The prices on other EA rares/mythics from previous sets backs that up.

The Etched Foil (Legendary Rare/Mythic) slot in Collector Boosters is pretty straightforward. There’s 30 rares and just a pair of mythics. That means only 1/62 CBs will have a particular mythic etched foil, and you’re 1/31 to get whichever etched foil rare you wanted. This pool includes the five rare Backgrounds, which will not show up in the next slot. The other 27 cards are all the rare and mythic Legendary creatures.

Now, the last slot in the Collector Booster, traditionally where the biggest money and the rarest cards are found.

Let’s set up with the basics: When you get to the this slot in a Collector Booster, you’re going to get a Showcase (In this set, that’s the Monster Manual), Borderless, or Extended-Art treatment in foil. We’ve got 72 eligible rares and 22 eligible mythics. Since mythics are half as common as rares, we need to double the number of rares, but keep the same mythics.

The short version is that you look up a card, see how many options you have. All rares and mythics in this set have one alternate frame, with the exception of the five Ancient Dragons. Those have a Borderless treatment and a Showcase treatment, and therefore will be the rarest cards in the set.

Yes, you’re reading that correctly. Given these odds, a full 80 percent or so of rares will be in Collector Boosters’ last slot. Please note, though, that the Legendary Rare Backgrounds are not in this list. Those are in regular foil and etched foil, and therefore are not included for this slot.

Point of clarification here: This set has less overlap in versions than the last few did. No mythics have three special versions, and no rare has two. An interesting choice from WotC here, but it makes my life simpler.

Generally speaking, things are as rare in this set as they were in previous sets. Let’s have a couple of comparisons, handily from my own research.

Or for specific cards, the rarest from each set:

That stacks up well, and while Wizards loves to mess with things and change around numbers to make my life miserable, it’s worth noting that the rarest cards in this set are about 25% more common than in Streets of New Capenna. Opening 140 less Collector Boosters is certainly good news for the biggest vendors.

I hope that this helps inform your decisions about what to buy and not buy, as well as manage your expectations when you’re opening these packs.