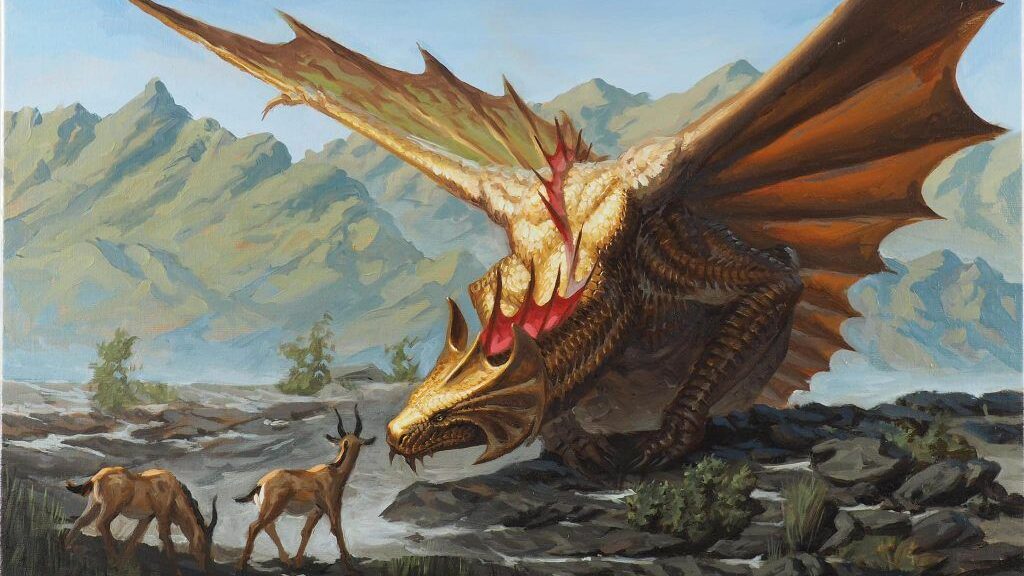 Welcome to Commander Legends: Battle for Baldur’s Gate. I don’t know what the cards have to do with the game, or the lore, but I do know that this set is jammed with sweet cards and awesome interactions.

What the set lacks, though, is a headliner mythic in terms of value, a card that everyone is chasing. Granted, the first time around, that was a Jeweled Lotus, which set an incredibly high mark for value and for rarity. We didn’t get a card like that, nor a big-value reprint like a Mana Crypt or Mana Drain or anything like that.

As a result, the value of these cards has to go somewhere, and the first place to look will be the mythics, the most difficult to get. I went over your odds last week, but let’s get into some examples of the cards in CLB and if I’m ready to buy yet.

As a result, this cycle is probably going to contain the most expensive cards in the set, at least at the beginning. The early prices bear this out, as people move sooner than they should, but it’s entirely possible that one or two of these dragons follows the Old Gnawbone path and just never gets cheap:

Gnawbone is one end of the potential spectrum here, but the other end is this:

My inclination is that while the Ancient Dragons are expensive mana-wise, they will generally be worth it on the board. We might see things like Garruk’s Uprising tick up as Dragon players want to give trample (and draw cards!) but my hunch is that the borderless foils are going to start high and rarely go lower, even after a couple of weeks.

Kindred Discovery – This is a card that’s had no support but still has been in registered in 18k decks online. Just the Commander 2017 printing and a meager inclusion in The List. We know the card is good, and it’s popular too. As a rare, it’ll be relatively common leftovers after the big operations are done cracking packs, and this is one of my favorite targets in the set. It’s already down to $3 for the cheapest and $20 for the FEA, prices I am content at but I’m waiting a bit longer for hopefully a farther fall.

Might not go too low, as this is the first foil printing, but we’ll see.

The Allied Battlebond Lands – We have some exact comparisons here, and that puts this on easy mode. FEA versions of the enemy lands from Commander Legends 1 are around $30, and those are about 2.5 times more common. (1/88 for these vs. 1/206 in original CL) Don’t forget that we have Expedition versions to look at too:

The presence of these cards in a much rarer frame will do a lot to create a price ceiling for these lands, but frankly, let’s look at the graph for the nonfoils:

Battlebond wasn’t as heavily opened as a regular set, but the steady growth of these lands is a sign that the lands might be the safest bet around. I’m going to look for them to fall a bit further, probably to $5 or even $4, and then I’ll want a nice stack.

Cultist of the Absolute – Backgrounds might be useful in the 99 too, especially giving certain abilities. Static, like auras that don’t need to be recast. I’m very likely to wait until the rare and mythic ones find a floor and then pick up a few. Unique effects like this are usually worth speculating on.

Herald’s Horn – Down to $5ish as an uncommon in CLB Precon, and present in 50k decks online, this is another spec I’m all over, except for one problem. Later this year, we’re going to get the first foil version of the card as a year of the Tiger promo coming with The Brothers’ War, and that will soak up a lot of the money to be made.

Buying staples when they get cheap is a basic principle, and Herald’s Horn definitely fits that description.

Monster Manual – Elvish Piper is good. This is better. I’m not anticipating this being expensive by any means, but I am looking forward to getting in on this at nearly-bulk prices. There’s so many ways to abuse a card like this, and now we have it as an instant-use artifact instead of a fragile 1/1 that has to wait a turn.

Jaheira, Friend of the Forest – NONCREATURE TOKENS COUNT! So your Treasures are now Mox Emeralds, your Food tokens are Moss Diamond, your Blood tokens are some other artifact that hasn’t been printed but would be too good. This might be good on its own or as an amazing addition to the 99 of some other token-themed commander. Another bulk pick that will one day shine so very brightly.