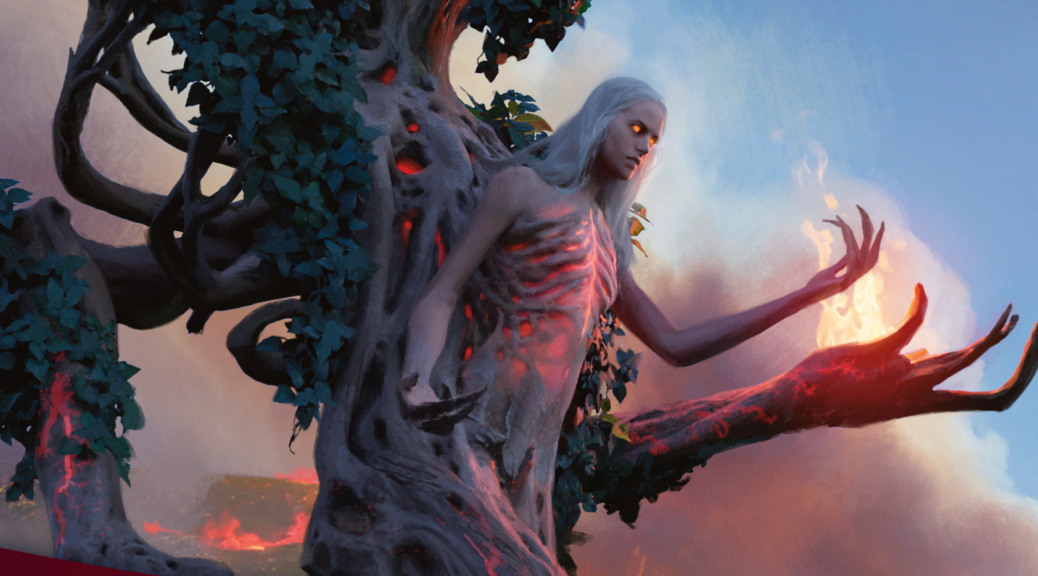 Last week we evaluated the Pioneer metagame and highlighted a few cheap pick-up opportunities. Today, we’ll do the same level-setting exercise for Modern, Magic’s most popular competitive format. The Modern metagame has been fairly stable since Modern Horizon’s 2 (MH2), with new decks emerging slowly over time. This remained true even after Lurrus was banned in March 2022. While some decks got a little better/worse because of this change, nothing major completely fell out of the metagame. The format is very diverse, with certain decks clearly being top tier and others doing well but lacking the consistency to be dominant every week.

That’s a lot of decks! While Modern organized play certainly doesn’t impact cards to anything close to the level that it used, cards like Murktide Regent or Seasoned Pyromancer show that competitive play still matters since they see virtually zero EDH play. With paper play coming back slowly, both at local shops and the “Return to the Pro Tour”, it is time to dive into some Modern competitive cards that may see gains in the near future.

After reviewing the currently top played cards in Modern, a few trends jump out. First, most top non-Modern Horizons 2 cards have either been reprinted at least once, are already expensive, or are commons/uncommons. I always avoid commons and tend to avoid uncommons, except in rare circumstances. Additionally, only a small number were recently re-printed in Double Masters 2022 (Wrenn and Six, Force of Negation, Pithing Needle, Supreme Verdict, Kolaghan’s Command). Based on these factors, for the moment I believe targeting key Modern Horizons 2 staples continues to be the easiest way to find success going forward. While many good options exist, here are three cards that I would specifically focus on:

All the free creature spells from Modern Horizons 2 have done well. Of all creatures, they are #1 (Endurance), #2 (Fury), #4 (Subtlety), and #7 (Solitude). Grief is the least played but is still in the top 50 creatures at #45. Free spells are good, who knew!

Despite all being top modern cards, the price for the Foil-Extended Art (FEA) versions of each varies widely. Solitude was always expensive but I recently noticed that both Endurance and Subtlety foils recently jumped significantly. Fury FEAs have not yet jumped, but I think it’s only a matter of time, especially when factoring in its use in Legacy, where it’s the 12th most played creature. Legacy isn’t a huge factor these days, but that’s a lot of play and we all know Legacy players love bling. While some of the price gaps between the free creatures can partially be explained by some cards having more EDH play (Solitude, Endurance), I still think Fury will soon rise as supply continues to drain out of the market.

I was surprised that Dress Down is such a big part of the Modern metagame once again. Its use tends to ebb and flows depending on what other cards are being played – since it’s a reactive card. Currently, it’s seeing play in Murktide, Omnath, Azorius Control just to name a few. Typically, it’s played in both the main and sideboard. While trying to figure out what is the likely price trajectory for this card, I looked to find examples from Modern Horizon 1. No perfect analogy exists, but I do think it’s fairly similar to Archmage’s Charm. Both cards are blue and have strong competitive play patterns but little EDH play. Archmage’s Charm typically has an average of 3 copies in a deck, Dress down is normally only 2 copies, but it is in more decks overall due to its splashability.

When looking at Archmage’s Charm it started cheap and then slowly got expensive over time. Foils went from a low of $7 to over $60 at its absurd peak. Modern Horizons 2 has more foils in circulation compared to the original set, but that difference is likely baked into the price already. Dress Down set foils seem like the obvious choice compared to the sketch version, which I think are ugly, but maybe that’s just me. Also, regular foil versions are rarer. Non-foil versions could also do well here too, but supply remains fairly deep and its price could linger.

Urza’s Saga has been discussed many times by many MTG Price commentators because it’s an exceptional card that is irreplaceable in the competitive Modern strategies that leverage it. Urza’s Saga is included in about 20% of Modern decks and is almost always run as four copies. But to add to this, it’s a powerful commander card that is featured in 70,000 decks on EDHREC.com and sees significant Legacy play to boot. I bring up this card again because the MH2 hype has faded and with it all the MH2 cards have retreated in price near their all-time lows. At some point supply will dry up on MH2, forcing prices to climb.

If you look at Force of Negation, the summer after its set release was the turning point towards its high of $100. I don’t know whether Urza’s Saga will be cheaper come the December holidays, but absent a reprint I’m very confident that it will be much higher than $30 come this time next year.