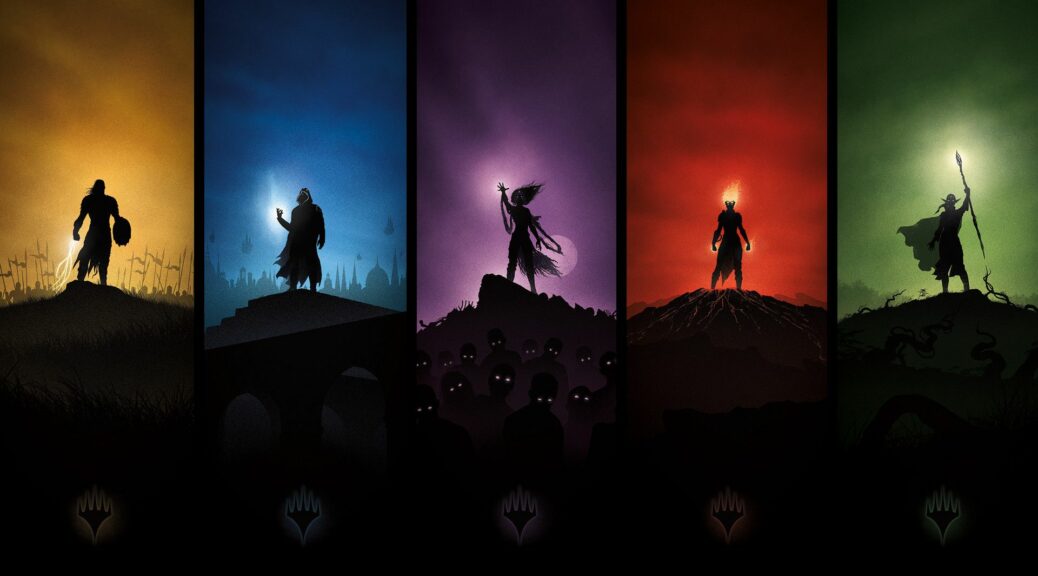 There’s a new set, we have spoiled commanders and it’s going to be a wild ride. Let’s take a real cursory glance at what I think matters and let you figure out the more mundane details. It’s more helpful for me to say “Ivy, Gleeful Spellthief makes me think of the cards that spiked from Orvar” and let you figure out what those are than to have you wait 5 weeks for me to get to Ivy in the rotation. Let’s do some real quick hits and cover a lot of ground quickly – I’ll give you a general idea of the landscape and we can get granular in the coming weeks sound good?

Soul of Windgrace seems like it will be fairly popular commander because it says “Draw a card” on it and it’s not Blue. People love landfall and getting lands out of the yard is a challenge that Soul of Windgrace BARELY ADDRESSES. I hate having to attack with my commander so there has to be a better way to not dump your entire mitt to this card. There is!

This got a reprint recently which really tanked the price. It has flirted with $7 before and while I don’t necessarily think we will see $7 on a card that can get reprinted a lot, let me suggest a card that is harder to make obsolete with a reprint.

The extended art version is a real good-looking image depicting some sort of tree planeswalker that I assume people who play landfall decks will be familiar with. This art is unlikely to come back up, is cheap right now and foils are garbage thanks to collector boosters. I think this will have the highest price slope out of all copies and I want these badly right now.

This gets better the longer you look at it. You aren’t obliged to copy anything bad but you have the option to copy anything anyone plays and make it target Ivy. I just saw this card spoiled a few hours ago and don’t have a real plan, but here are 2 cards I would yank out of bulk.

This is the foil in case you wanted to buy, but I bet you have these in bulk and should go check. A more recent one I KNOW you have in bulk is this one.

I know foils are bad, so maybe don’t buy, but look where these cards could go. Ivy isn’t as obvious or as ridiculous as Orvar, whose page is here, but people love value and Ivy as a value maven.

You can probably just read my Slimefoot article from 2018, but everything on Slimefoot’s page is likely in play, and this was a predictable outcome even back in 2018.

This might not be headed to $10 but I bet it gets to $5, and maybe even $7 again. Slimefoot was a big deal and Nemata is even better. Nemata’s first ability is actually insane in Commander, so expect Nemata to get built more than Slimefoot did. It’s a cheap deck, to boot, with a lot of the cards that care about Saprolings being common and uncommon and Corbin Hosler spilling Red Bull on an entire stack of copies of Parallel Lives, making them cheap pickups.

This is just another Depala, this set is kind of boring with respect to the 40 Legendary creatures I begged them not to put in the set. A lot of them are really uninspired, and what do you expect when you have to come up with more Legendary creatures than were printed between 1993 and 1998 every 2 months? Don’t bother looking that up, I’m being (barely) hyperbolic.

This is as good as Displacer Kitten in like half of the decks in the format. This costs half of Kitten and it probably still will in a year when Kitten is 20 and Ship is 10.

This is, of course, the money. A lot of cards are going up and I’m covering this commander in depth next week. Anything and everything that makes Proliferate happen is getting jammed in this deck, and really big, expensive Artifact Creatures are back on the menu for a Jhoira deck just like in 2009.

This is already in the midst of popping, but $10 for a rare with 2 printings, one in 2010 and 1 in 2015 is not entirely out of the question and might, in fact, seem quite reasonable. More about this commander next week, but keep an eye on big Proliferate cards – maybe think about those Contagion Engines before next week?