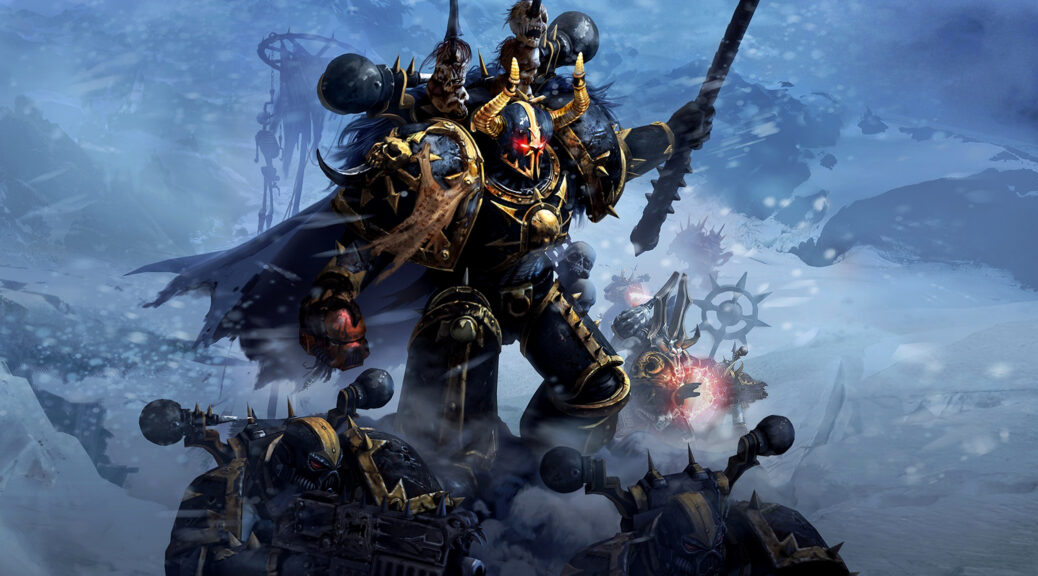 Warhammer continues to give and give and today it’s giving us enough data to drill down into the 5-10 spots. Our top 5 is pretty much covered, but the extent to which those decks overlap could be very significant. I’m going to do that thing again where I use the list comparison tool to see which Black cards, if any, can be used in all three decks and therefore have a significant impact despite their being in separate decks. I feel like I understand what I’m talking about but I don’t know if I’m explaining myself enough so I’ll Illustrate.

Here we have the top 5 Commanders in the set. A card that’s a staple in Ghryson Starn is in more decks than a card in an Imotekh deck. However, a card that’s in Imotekh, Trazyn and Szarek will be in 564 decks, more than Abbadon, Be’lakor, Marneus Calgar and Magus Lucea Kane. A “black commanders” staple represents as many decks as any other commander except for the insanely popular space cowboy that turns every Tim into a Kahaml, Pit Fighter. Sound exciting? I think Grey Popupon looks like a cool commander and I’ll likely build the deck.

So a Black staple likely encompasses a lot of deck, and maybe more than just these three commanders condidering we have a Grixis deck and an Esper deck. Black cards are super hot and the necrons, I’m told, bring themselves and others back to life? I think? If they’re doing something that uses a card that most decks don’t use and they’re all using it, it’s worth a look.

If you didn’t catch it the last few times I did it, I use a list comparison tool and copy and paste the EDHREC “average deck” into the tool to see if any cards are in all 3 lists and if any are in two but are played quite a bit. It’s quick and dirty but so much of MTG Finance is just bothering to do tedious stuff or paying me to do it for you.

A whopping 26 shared cards! I’m sure there are a lot of lands on the list and maybe some mana rocks, but with a full quarter of the deck shared between the three, there are bound to be one or two overlaps, and that’s all we need to feel good about a card.

Getting rid of format staples, mana rocks and common removal, we have a pretty nice list, honestly.

There are a few cards that are interesting in the 2 deck list, especially the 35 shared cards between Izzle and Sizzle (I gave up on these dumb names), which would seem to select out Black format staples since those cards would also be in Tizzle but aren’t. Trazyn only shares 3 non-staples (Bolas’ Citadel, Feed the Swarm and KCI) with Izzle and 1 card (Convergence of Dominion) with Sizzle.

We can safely ignore those 4 cards, I think, because these decks won’t make a big enough splash to move the needle on something like Bolas Citadel that’s in 100k decks and Convergence is a bulk rare. I’m also kind of suspicious of anything that comes in the precon – it likely get used alongside any of these three decks but also, I think people tend to over-represent cards in precons when they first register their decks to Archidekt or Moxfield (anyone but TappedOut, really). I think there are some cards on this list worth a look, though.

This is cool in this deck specifically but I can’t recommend a $7 buy-in on a precon card that isn’t already identified as totally bonkers. If this keeps plummeting, give it another look, maybe, but I’m out at $7, especially as the buylist value tanks. I mean, if I’m interpreting a trend from 2 data points and calling myself a scientist, that is, and I’m not.

I looked at all of the rest of the precon cards and I don’t like any of them. Anyone who builds the deck will need the commander and a lot of the singles and it’s easier to just shell out $90 or whatever they want to charge for one of these at their LGS. I don’t think the Biotransference Demand will outstrip the supply is what I’m saying.

This barely went 18 months before it got a reprint and tanked to a buck but it’s pretty precipitously climbing back to its early $5 before this new reprinting, and if it’s left alone, this hits $10 and keeps going up. It’s a shoo-in for future mono-color EDH precons, so maybe out these to a buylist if they announce something like that, but I think if these are $1 on TCG Player and the ceiling is $8, I’m still good with it. I’d love to see this card hit $10, and I think it has the juice.

This is limited by only really going in mono-color decks, but there are a lot of those and people like them. This is a good card and I like it even more at the $1 we already watched it quintuple from.

There has never been a period of time where I observed the price graph of this card and said it was a bad time to buy, and I’m not going to start now that the ugly, ugly reprint in this precon is going to make the value super cheap. this is an $8 card, I’m OK paying like $2 right now.

If the TCG Player price graph is to be believed, we have hit the floor already. The precon art is ugly, but that just makes older copies more desirable. This will bounce, scoop some free money.

Finally, I wonder if the list of cards shared between Imotekh and S-dog are interesting – there are 35 of them after all.

I’m not going to do that Searching for Bobby Fischer thing where I smack all of the pieces off of the chess board to make you see what I want, I’ll literally just go through and pick them out myself, it’s cool.

There are very few non-precon cards here. I feel like increasingly people are just leaving the decks together, but we’re seeing some high synergy cards in all of these decks that aren’t format staples or in the precon, so while there is a lot of noise caused by the homogenization from the precons, there is still a signal, we just have to find it. Of the reprints here, I’m very interested in Living Death and Beacon of Unrest.

If this card is impacted by the reprint, it will be the first time since late 2017 that it happened and that was a period over which the price tripled. I think this still has the juice to get back up to $10, but I wouldn’t buy the precon version of any of these cards, personally.

Whereas Beacon has never shrugged off a reprint in its life.

This is too cheap by half.

This card is too cheap, specifically on TCG Player.

That’s all for today. I think there are some cards that overlap between the decks, but even if you do this and don’t find anything, it’s less than 60 seconds worth of cutting and pasting to do it. I encourage you all to let tools do the sorting for you and you’ll discover some budding demand you would have missed otherwise. Thanks for reading. Until next time!