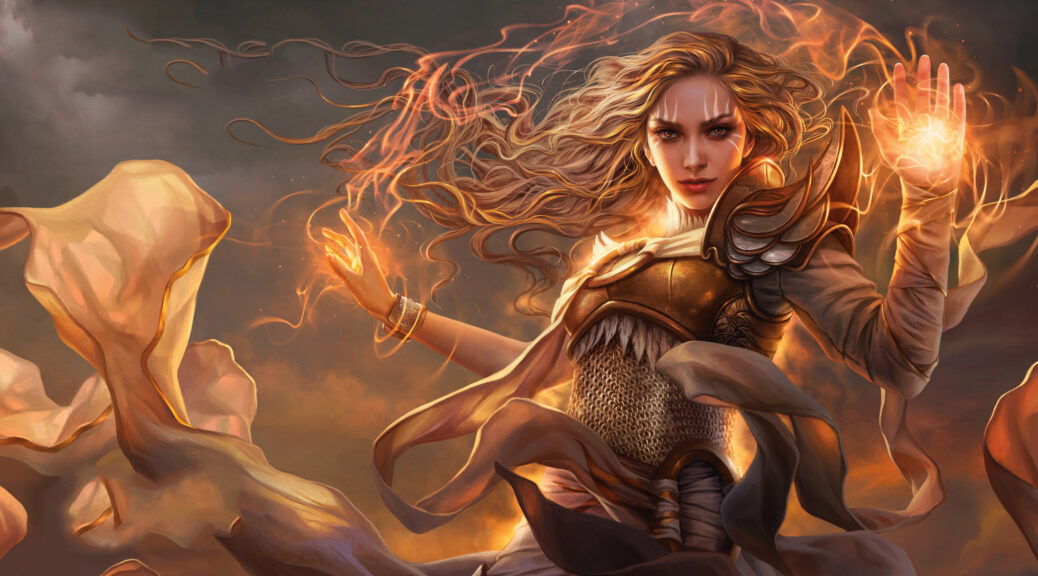 Mark Rosewater loves to do a cryptic teaser blog post every time a new set comes out, which is often. Usually it’s all inconsequential but speculation is the art of using the past to delve clues about the future for information. Yes, I said art. You can be scientific about it if you want, and I think my typical series using lots of numbers from EDHREC does a good job of that and I’ve been very successful with my insights the past few years. Are you going to argue? You’re reading my writing, clearly something made you care about my opinions.

I like to post his entire post and see if we can ferret out any nuggets. Remember, we don’t have to nail it, we just have to think about what other people are thinking about. It’s a few days removed from the post but I bet there is still plenty of meat on the bone. Here’s the list, you lucky so and so’s. That apostrophe can’t be right, it looks like a grocer’s apostrophe but EB White insists. Shoulda said “lucky sumbitches.”

• another card with “end the turn”

• a command with X in its mana cost

• a Teferi with a new way to gain loyalty counters

• protection from everything returns

Next, here are some rules text that will be showing up on cards:

• “create a tapped Powerstone token for each other creature you control.”

• “Whenever one or more creatures with mana value 3 or less enter the battlefield under your control,”

• “Permanents you control have ‘Ward – Sacrifice a permanent.’”

• “Whenever you cast an artifact spell with mana value 6 or greater,”

• “For each card type among noncreature spells you’ve cast this turn,”

• “Look at the cards in each pile, then turn a pile of your choice face up.”

• “gains your choice of flying, vigilance, deathtouch, or haste.”

• “Whenever you cast a Beast or Bird creature spell,”

Finally, here are some creature type lines in the set:

So this is a lot of stuff, and we can immediately ignore some of it. In fact, I’m only going to respond to the stuff I think is actionable.

• another card with “end the turn”

This feels like an Obkea-esque card, and it’s distinctly possible we could see an Obeka-style commander soon. If it’s another Time Stop, that could be OK, too, but those cards are considerably worse in EDH than in 2 player Magic where it’s a combination Counterspell and Time Walk. Just in case, the price of cards like Final Fortune (though Blue-adjacent cards are better than Red ones) or Sundial of the Infinite (which goes in Blue decks).

This is safe as milk imo. The spike in late 2020 is from Obeka and while it went down a bit, it didn’t stay down. One printing, flirted with $8 recent, I’m super duper OK paying $5 or $6 for this future 10 spot. It will go up bit by bit if this new “End the turn” card doesn’t enable new shenanigans and it will increase precipitously if it does. I like a win-win more.

Both cards got a second wind in 2022 that they’re in the midst of shrugging off so the copies won’t be in the hands of dealers. A run of any size on a rare card like this will be amplified 100 fold, but there might be safer places to park your money.

Some people’s brains shut off when they saw this. I really think there is not much here, but anything could happen when people think there is going to be some sick tribal soldier. Still, “equip soldier” likely means there will be quite a few soldiers in this set, and with 50 or so Legendary creatures likely, there’s bound to be a new soldier deck.

Rather than try and figure out what is going on here, I thought about why they might say “equip soldier” and it occurred to me that it was likely due to there being 2 equip costs – 1 for soldiers and 1 for non-soldiers. Rather than focusing on which Soldiers I want to equip, I thought about trying to find easy ways to equip equipment in a non-Soldier deck.

Sigarda’s Aid doesn’t need any help from a new weird equipment that’s hard to equip, it’s doing fine on its own. However, it’s down from a historical high of $14 and basically just waiting for paper Modern. Hammertime is a relatively cheap deck to build and it can lucksack you to some really easy wins, making it perfect in the hands of a complete lunatic. You know the wild card you invite because it’s cheaper to split gas and hotel 4 ways and they have an unhinged Day 1 at a GP and then 0-5 day 2? Soon we’ll have tournaments for that guy to go nuts at again. Sigarda’s Aid seems safe but reprints can always dash our hopes if we’re not careful.

• “create a tapped Powerstone token for each other creature you control.”

This card is both the reason we know what a Powerstone token does and the card most likely to benefit from that being a real thing in Brother’s War. This is a $4 mythic Karn Planeswalker that could get real relevant, or even medium relevant. Did I mention it’s a $4 mythic Planeswalker? Now, that’s not unique – there are a depressing number of Mythic Planesalkers under $5. But the point is, that if you buy in at $5 and nothing happens, you’ll lose out on some opportunities with the money tied up, but if you’re inclined to gamble, this is like buying a $4 lottery ticket that will sell for $5 in 2 years. Sign me up for risks like that. Yes, there is a cost to having money tied up, but it’s a lower cost than lighting a Benjamin on fire because you specced on something way riskier.

• “Permanents you control have ‘Ward – Sacrifice a permanent.’”

Privileged Position this ain’t, but historically, cards that make it hard to target your permanents sleep for a bit until they’re discovered by Commander. Will that lull happen this time? Doubtful with Commander being the most popular format, but you never know.

This little bulk rare that could exceeded $20 both before an after a reprinting in a guild deck (remember those?) and I think while them having to pay dearly to kill something isn’t the same as stopping them entirely, it’s likely that this new spell is a great deal cheaper and therefore comes down before they can deal with it and when they do have some expendable perms later, your Greater Auramancy or Privileged Position can shield the new card that gives everything Ward. Is that boring? Eh, maybe, but not as boring as playing Farewell in your deck.

• “Whenever you cast an artifact spell with mana value 6 or greater,”

I won’t go down the entire hit parade for you, but I did the favor of linking my scryfall search so you don’t have to. I also have a favorite.

Foil Thopter Assembly fits the bill for me. It’s unlikely to be reprinted in foil ever again, the promo is ugly, it bounces itself letting you replay it for a ton of value and whatever happens with that trigger when you play it or replay it and it’s about a buck below its historic high, which will get higher if this new card breaks it. Pairing this with Time Sieve may be 2012 tech but people will remember if you do it to their faces and are left with a cloud of Thopters to vex them to boot.

I don’t know if any of this will pan out, but it’s fun to speculate and I think I did a better job of backing up my assertions than most people who try to do this. Next week we’ll be looking at more numbers, so let’s just enjoy this week and I’ll see you in Vegas, unless you’re at the event in which case you won’t see me because I’m going to be at a taping of Battlebots and multiple casinos. Check my twitter for me to live-tweet my location even though it’s a really bad idea. Until next time!