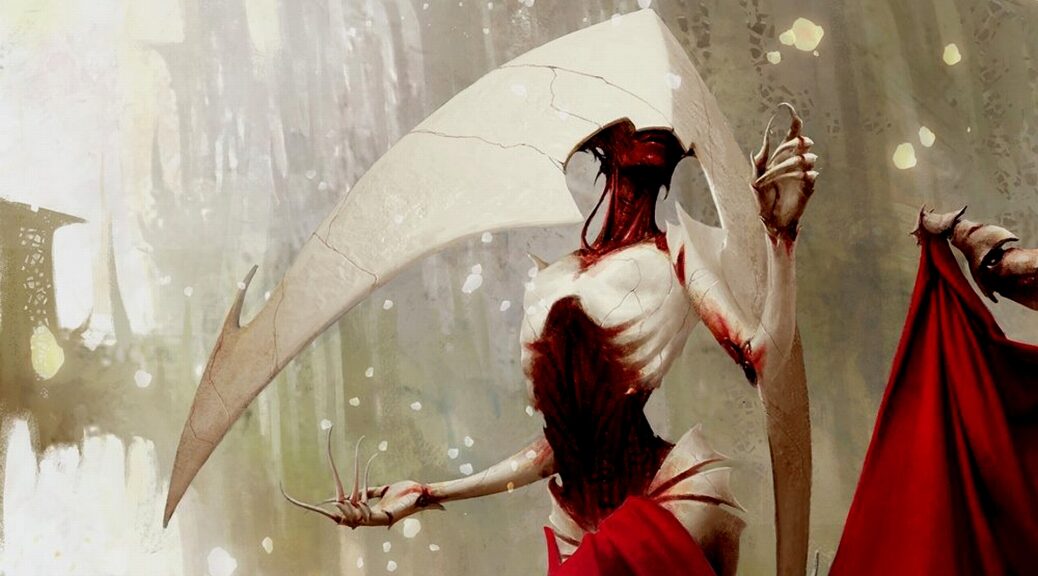 We talk in this series a lot about what is new and impacting things, as we should, but sorting by set can obscure the picture a bit and sometimes it pays to zoom out a bit and get a view of the format as it’s shaping up by the week or month or last 2 years. EDHREC has modes for all of those and some of the results may surprise you the way they did me. We have paid a lot of attention to the commanders that are the most popular within their respective sets, but once a month when they’re previewing a new set and therefore we don’t have any new cards in hand to write about, we can take a break from the constant assault of new products and take a look at the ones that came out a month ago and are already forgotten about.

Or are they? As much as new product is coming out way too fast and it’s hard to keep up, we can tell with data whether people are blowing by the new stuff or going back for it. Not only that, when we expand out to look at all decks rather than by set, we see which sets are making an impact. I think there are a few clear winners.

This is this month, where we see Jodah, Urza from the precons and Mishra all newly in the mix, as well as Ghyrson Starn from the 40K decks. When you look at weekly, you’ll see some jump up you may not have expected.

Urza and Mishra continue to be huge players, and Kibo, a deck we went into in depth because I had a good feeling it would make an impaft, is 14th this week, beating out Propser and Kenrith which are always Top 20 decks. Surprised? I am a bit about Urza and Mishra because I didn’t really expect them to be popular for more than a week or two but so far they’re hanging on on in there. The shine is off of the 40k commanders a bit, probably because everyone stopped theorycrafting and went to their LGS who was charging $100 for the Black precon and they came home and built Kibo like I did. Still, Urza, Jodah and Mishra are nuclear hot and they all get a look today.

Before I get too deep, I noticed a LOT of the cards in the Urza deck are out of the “Buckle Up” Kamigawa precon with Shorikai and I want to point out a few images.

I expected Kappa Cannoneers to be $10 on its own by now, and if it ever takes off in Eternal formats (read “if those formats come back”) despite being reprintable, there will be a period in time where you’ll benefit from being stocked with these guys. The deck has a LOT of $5 cards in it – I realize that a lot of that “$60” is bulk rares being assessed at a buck, but there are quite a few $5 cards despite it being a precon they sell bricks of on Amazon and with those cards including Parhelion II and Swift Reconfiguration, you have a lot of chances to make money buying at $30 (there are more for this price on eBay, I don’t know why I assume you’re reading this and thinking I’m an idiot but I should also point that stuff out in case you’re new).

This JUST got a reprint, which it’s not taking well as it heads to $5 and maybe below. I love this below $5 given its past capability of hitting $20 and flirting with $23 on CK. Will it get that high again? Doubtful, but while we’re getting an influx of supply, we were getting an influx of players, too, at least we were before Chris Cox took over Hasbro. We’ll see if this recovers, but it’s going to be very useful in a year of Artifact sets.

I just like this card at $5 even given the overall shape of the graph. This was on its way to $10 before we had a ton of Artifact sets right in a row.

I feel like people skipped over this card because there are too many new cards, but this is one of the strongest EDH cards I’ve ever seen and I can’t figure out why I’m the only one who thinks so. It’s slow and clunky but it’s also, at worst, a 4 colorless mana graveyard wipe that comes with a really big body. This is exactly what I want to be doing in EDH, and if people want under $5 for it, I’ll oblige them. I am willing to concede I could be wrong here, but I know these cards take some time – it took 18 months of sweating for my Aetherflux Reservoir spec to pay off and when it did, I got to feel like I understand EDH for the first time in 18 months. I would like to think I understand EDH better now than I did then.

I think there is only one question we need answer here. Can an erstwhile $20 card on its third printing, the second of which it shrugged off effortlessly (Can you even tell where on the graph it got reprinted?) make you money if you buy in absurdly cheap?

The new frame looks great, too. I realize Brother’s War is a smorgasbord of reprints and not all of them are going to rebound, but, come on. If this doesn’t rebound in a year or two then I don’t know anything about anything.

Last but not least, it’s a card whose text box I haven’t been able to make myself read it its entirety. You Legend cascade? This is a lot of fun to a lot of people and they’re building it, STILL, so let’s sell them some singles.

This has to be the worst card people like. Still, it’s a big, dumb Timmy card and those are a buy under $5 if you can get it for that, still. I like this as a pick-up very much though I’d never put this in a sleeve ever. It’s like the opposite of Nautiloid Ship – one card I think is too good to be this cheap and one that’s too bad to be this expensive. For reference, they’re both like $5.

That does it for me. I think we’re going to see Artifact stuff as a whole go up, so if you can buy some preconstructed decks with a lot of those cards, you’re basically investing in an index fund and that’s way safer than playing the market, especially when the market seems unable to stave off Hasbro wringing us all out until we stop excreting money. Will the game collapse under its own weight or is having 9 different versions of a pushed Elesh Norn that is going to be absolutely MISERABLE to play against in Commander good, actually? Find out when I do. Until next time!