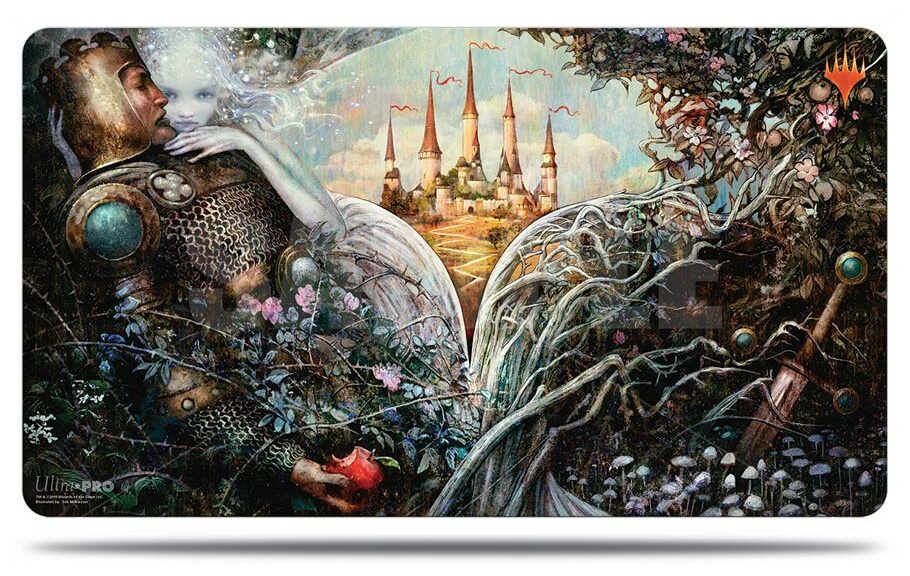 While Throne of Eldraine has been out for several years, it represents the first set with Collector Boosters and therefore, the first time we had a real change in booster packs. Now we could get regular nonfoils, regular foils, Showcase/Extended Art nonfoils, and Showcase/Extended Art foils, the latter of which quickly became THE cards to have in Commander decks. Theros: Beyond Death follows suit, witha special slot for the Constellation foils

We’ve gotten a lot of variations on frames and special subsets since ELD came out, but I’ve had a few requests to run the math on the first sets and see how rare things were from those boosters, as compared to more recent sets.

So with that in mind, let’s do some Fae math!

Throne of Eldraine was the first set to systematically use Extended Art frames. Until then, we did get frameless/borderless treatments, but those always had new art. Extended Art was the same art as the original card, just zoomed in a little to show off more. It also turns the card type into white-text-on-black-background, a reverse of the card name.

Impressively, Wizards showed some restraint when launching this project. Every card had exactly one variation:

You could get one of four versions of the card, ranging from most common (regular nonfoil) to most out there (special foil) and the prices of the cards reflects this range.

In the Collector Booster, Wizards had “One slot with 1 foil rare/mythic rare.” Given the incredible shenanigans of a Mystic Archive, Phyrexian Text, or the Lost Legends, this seems almost quaint. Thankfully for us, it’s also very easy to calculate the odds of pulling the more chase cards.

We know that Wizards follows a 10:3:1:0.5 rarity ratio when it comes to commons/uncommons/rares/mythic rares. That means there will be two of any rare for every one of a mythic, and the numbers are simple: 2×53 plus 15 is 121, but doubled because we’ve got all the regular foils and all the special frame foils.

It’s therefore that any particular foil rare is 1:121 to come out of a ELD Collector Booster, and any given foil mythic is 1:242. Interestingly, you have the same odds to pull a regular foil The Great Henge as you do an Extended Art version, but we’ve made the special frame that much more expensive.

Theros: Beyond Death is also a very straightforward calculation, made slightly more complicated by some of the choices Wizards made with the Showcase Constellation frames. Very little of this set is done with different art, something that they don’t really do anymore.

Sagas have no special version, and that’s why the numbers don’t add up cleanly.

Luckily, Wizards had a handy graphic for what was in these boosters, explaining how Constellation cards wouldn’t be in the same slot as FEA cards.

That leaves only Foil Extended Art in the other foil slot, and with 50 rares and 5 mythics, plus the regular foils, the total pool of possible cards is 226. That means 1:226 for any particular foil mythic, and 1:113 for any given foil rare.

We can see that these first two Booster Fun sets have drop rates that are better than most of the more recent sets, when it comes to the most desired versions of chase cards. Nothing is extra-rare, even the mythics. It’s much easier to grasp these sets that have only a single special frame, instead of having a Showcase AND a Phyrexian AND a Borderless.

Eldraine and Theros cards have had some time for the prices to settle out, and we have a clear picture of what the cards go for. Those reprints should affect the prices, even things like Brazen Borrower being in The List, so plan accordingly.