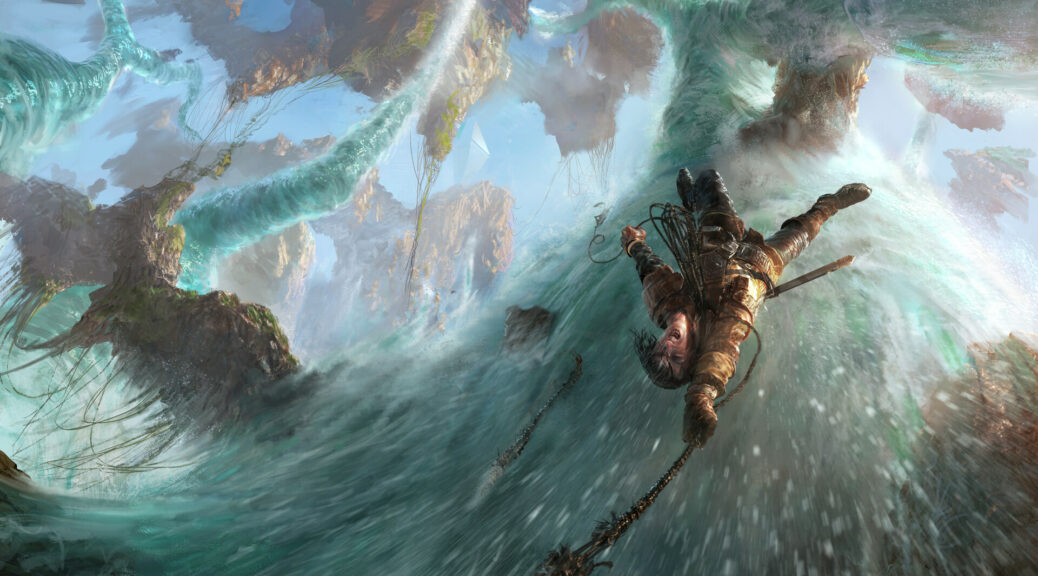 Yes, I’m finishing the cycle, the set, I’m covering all the bases.

This week, I’m giving us the math of the last sets I never wrote for, and after that, I can have a full comparison going on for every Collector Booster set.

These aren’t terribly complicated, and frankly, I’m used to how these stack up, so let’s get to the sets.

We didn’t have anything fancy going on with the main set here, but we did get a slot dedicated to reskinned monsters. Remember when they had to rename ‘Spacegodzilla, Death Corona’ and it spiked as a meme-level interaction?

Also, the Showcase cards are separate from the FEA cards. The FEA are instead mixed in with the regular foil rares/mythics again. I appreciate that even though a sheet is 121 cards, they have found so many ways to mix and match.

For anything where different rarities are mixed, Wizards uses the booster pack model of distribution, as far as we know. This means for every one copy of a mythic rare, there’s 2 copies of a regular rare, 6 copies of an uncommon, and 20 copies of a common. So in the Godzilla slot, there’s going to be a whole lot of Mothra’s Great Cocoon going around. The pool of options for that slot is 20 Cocoons, 30 of the uncommons (6×5), 10 of the rares(5×2), and 7 mythics, a total of 67.

The return of Expeditions, and the unapologetic ‘everyone gets nonfoils as a box topper, but only Collector Boosters get foils’ of this arrangement.

This was the first set where they just crammed all the good stuff into one slot, and then didn’t mix in the regulars. Separating the regular frame cards just made sure that the value dropped, as it used to be that regular foil mythics and borderless planeswalker mythics were dropping at equal rates. No more of that!

What we do get, though, is a whole lot. 64 rares, 50 mythics, for a pool of 178. Better odds than a lot of sets! The number of mythics is clearly goosed by the presence of all 30 Expeditions, each of which is classified as a mythic.

Happily, this works out almost exactly to a point referenced in the Collecting article, that one in six Collector Boosters will have a foil Expedition land. I do love it when a plan comes together.

This is where things start getting unusual. This represents the first time that we got multiple versions of the same card, and it’s not just two versions of Ugin, the Spirit Dragon but a full four different versions of Teferi, Master of Time! Later on, they would adjust the collations so that no one card was more plentiful than the others, but this time, each version is expressly added to the pool as its own card.

The numbers don’t all add up this time, and that’s entirely due to the multiple frames. Irks me, really, but they fix this issue later.

There’s two slots we care about: The last one, with the foil Showcase and Borderless treatments, and the two middle slots that can give FEA rares and mythics. For this set, they dipped back into mixing regular frame foils in. What I haven’t been able to verify is which borderless cards from this set are uncommon. If you know, hit me up on Twitter or our Discord, tell me what research I missed, and I’ll adjust this table.

The Showcase slot has five commons and five uncommons, to go with 18 rares and 17 mythics, for a pool of 175. In the doubled-up slot, there’s 53 regular rares and 18 regular mythics to go with the Extended Art numbers, and that means our magic number is 221. However, there’s two bites at this particular apple, which the table will reflect.

Normally, at the end of these articles, I put in a comparison table, but I’m reworking those tables into a living spreadsheet, which will allow me to rank where certain cards fall in comparison to each other. I can tell you, though, that these three sets had better odds than just about anything in more recent times, as Wizards figured out how to balance individual variations and lower chances. The set after ZNR was Commander Legends, where you had a 30% chance of having your foil rare/mythic turn into an Extended Art version, and that’s where the odds skyrocketed.