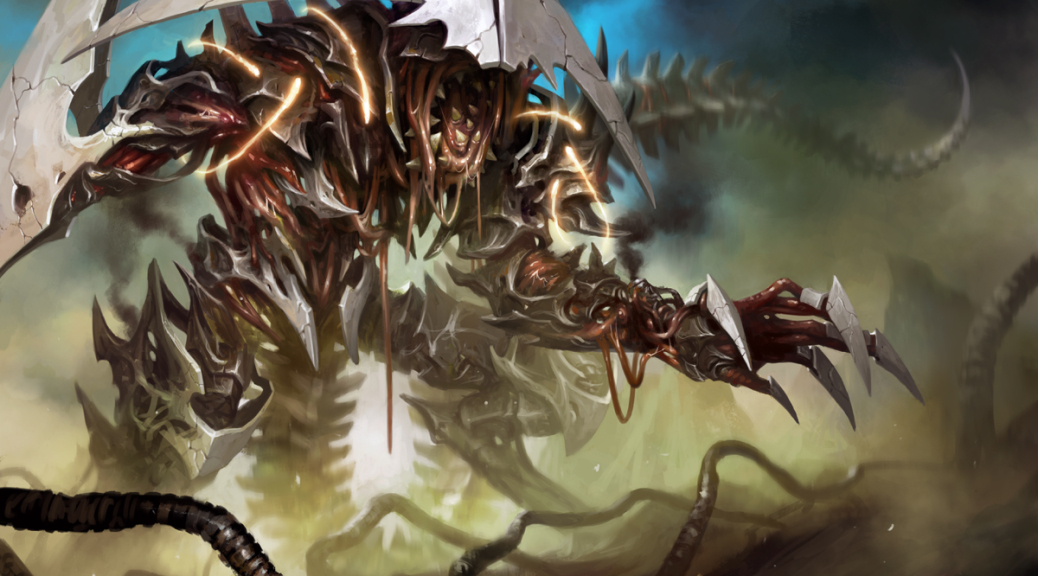 Two months ago, I shared my long–term binder with you.

Soldier is $3 and Downfall is at a shade over $11. These are in line with the targets I set when I traded for these and when I posted about it.

If you followed along with me, good job! We’ve done it.

Well, there’s options. I’m a trader. I don’t often sell to buylists but I could make decent money doing so. I’m not sure what cards I’d target at this moment for buying, but I’ve learned that as a casual financier, once I turn cards into cash, it’s out of the cycle. If I keep my value as cards, then I can increase the value of my collection, not just the money in my account.

I understand that lots of other people, including my fellow writers, love to make money and it’s totally fine if that’s your goal. If I sell my nine Hero’s Downfall for $8 each, that’s $72. I would likely turn that into a tank of gas and part of a grocery trip. I’ve sold cards before to get monetary gain, I’ll do so again, but I prefer to wait until that’s necessary.

It’s my choice to keep value in cards, so buylisting is out for me.

If I’m not selling, that means I’m trading. I’ve spoken of PucaTrade in the past and this is what it’s best for: selling high on cards. I confess that for me, as a primarily casual player, I want foils and I am as yet unwilling to spend extra money per month to be able to get foils. If I wanted to build up points for the next thing I’ll be targeting, this would work very well. I’m still considering it.

Another option is to utilize buylists with trade-in credit, and I’d do this to get certain cards that I want badly. I’m still looking for a foil Soul of New Phyrexia, and I’m still working on my foil Conspiracy set, plus I need a foreign foil Akroma, Angel of Wrath, etc. There’s a good chance that I do this, so I get exactly what I want. If I am getting a decent trade credit bonus (usually 25%-30%) then I’ll take that for harder-to-find cards.

Most likely, though, I’m trading to other people, via deckbox.org, or MOTL, or in person. I’ve learned that the best thing you can do when you walk into FNM is to have some of what’s good right now in Standard. I have a few specific EDH needs from Khans, but I mostly expect to indulge in value trades: I’ll be trading the currently-high Hero’s Downfalls for non-Khans and non-Theros cards that are more likely to keep value.

One other factor must be considered: has the card hit its ceiling? It’s about doubled since I traded for it, so I’ve earned my value no matter what. I might get greedy and see if it hits $15 again. That’s right: look at the chart for Downfall and see that not long after its debut, it was at $20! I think that $20 is overly optimistic, but if it gets to $15, there’s a large margin I’m missing out on. 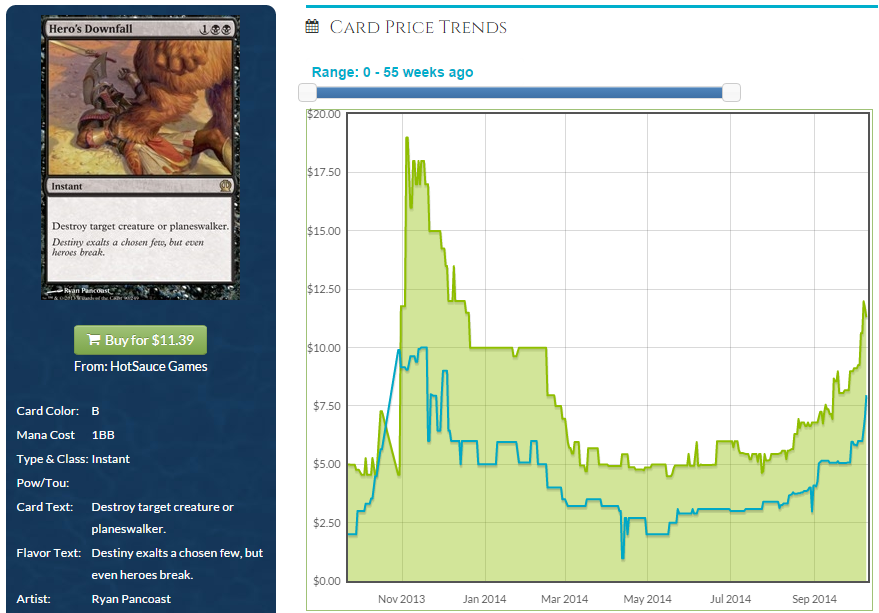 Keep in mind that Downfall hit its peak within a few weeks of the Pro Tour and the arrival of Mono-Black Devotion decks. Will Downfall be as popular now? I hope so.

I’m certainly holding everything until after this weekend’s Pro Tour. I’m hoping that more of my picks pan out, and if someone debuts a deck featuring 4x Prophet of Kruphix, you’d better believe I’m buylisting that stack. I can trade ten Downfalls, I don’t want to go through the energy of trading more than thirty of Prophet.

Happy trading, and enjoy the coverage of the Pro Tour!

One thought on “How to Get Out”