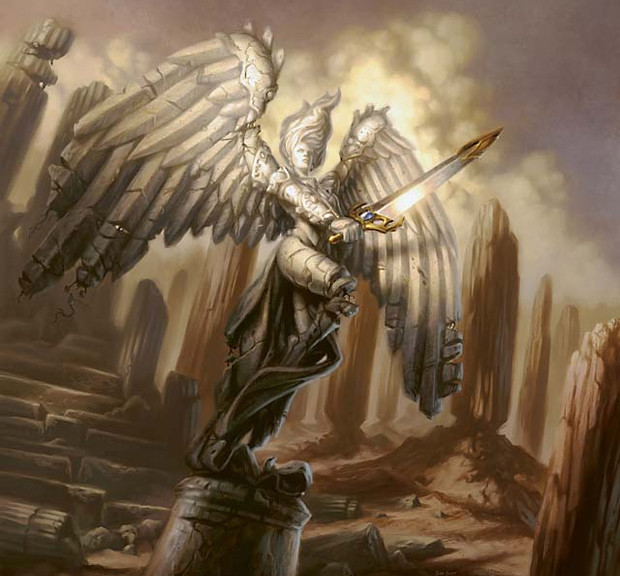 Hello, everyone! I appreciated the response to my article last week, which I think exemplified one of my core tenets when it comes to MTG finance: playing it safe.

There is plenty of money to be made in this game with proper planning and timing. What isn’t needed is speculation-fueled buyouts, huge positions in Standard cards that may take off tomorrow, or supply-side buyouts.

Why go through all the trouble of that when there’s so much easy money waiting to be made, assuming that you have a little patience?

As I explained last week, that’s why I love casual cards, and it’s why I focus most of my speculation decisions around that. I’m not the guy glued to Pro Tour coverage to see what gets mentioned early Friday morning and buying out whatever that is. I’m the guy playing Commander at the LGS and finding out what cards are going to still have demand for them in two years.

Of course, with such a long time frame on these cards, it can be easy to forget about some of the good targets in this category and lose yourself in the Standard or Modern happenings. That’s why one of the things I like to do every so often is centralize all of these will-be targets in once place.

Almost six months into 2015, now seems like as good a time as any. I’m sure I’ll revisit this at the end of the year with an update, but now represents basically the optimal buying opportunity on some soon-to-rotate cards, so this should be helpful in the short-term as well.

Last week, I added a list of some cards that fill this category that were already seeing movement. I’ll repeat the list here for convenience.

What do all these have in common? Besides being sweet casual cards, they also have all already seen at least a little movement, and in some cases more. While this is a great sign of things to come and represents a reason to get in, it also necessarily means less upside. There’s nothing wrong with this, of course, and all those are picks I like moving forward, but we’re not exactly getting in at the very bottom, either.

Today, I hope to shed some light on those cards that are actually near the bottom. Getting in at the valley may mean a longer timeframe to cash out, but it also means maximizing profit. 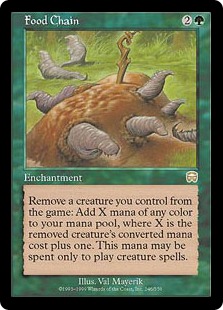 I know I said I was going to focus on 2015 today, but I can’t help but look back to last year as well. Don’t worry, I’ll keep it brief.

Basically, I’d be remiss to talk about casual cards and not mention gods (holy crap, these are actually from 2013, huh? Getting old, here). Either way, these are basically mini-Eldrazi that will see growth over time, even if it’s not the momentous growth that Emrakul and friends saw.

Of these, the mono-colored five are certainly good, but I feel like the upside may be more in the Born of the Gods and Journey Into Nyx copies that were opened much, much less. You already know the score on these, so I won’t dawdle.

This bottomed out back in February (when it was my Pick of the Week on Brainstorm Brewery), but since then it’s climbed back to $6. I expect this will have to wait until rotation to go lower, but it’s well worth picking up then.

It’s hard to know what the right call here is, but I imagine it’s the alternate-art printing, though neither is expensive and regular foils are trending toward $5. This thing is straight bonkers in Commander, and I don’t think that’s going to change anytime soon.

Specifically, Dictate of Erebos (especially the foil) and Dictate of Kruphix (Game Day promo). These are solid Commander playables, and while they’re certainly going to take some time to move up, move up they will. Grave Pact is $8 after six printings. Dictate of Erebos has huge long-term upside.

Again, a card that’s not cheap enough yet. It’s $9 but was $20 before the reprint. Standard play likely props this up a little, so if this settles down by rotation it will be a great pickup.

The biggest reason? How nicely it plays with Cabal Coffers, forming the most dangerous combo of any black deck in Commander.

I’ve talked about this several times, but for good reason. Every other five-color Sliver bomb is at least $15. This will be too.

Again, a long-term gainer here. But Dragons, yo. People like them. This was $5 card before the reprint.

Phyrexian Metamorph is $5 with one printing and a promo. Impersonator isn’t exactly that, but in practice it comes pretty close. On top of all that, it’s a mythic. As we’ve seen with sets like Zendikar and Innistrad, coming from “the most-opened set of all-time” isn’t the drawback you might expect. At $2 there’s a lot of upside on the Impersonator.

This isn’t one I’m as hugely excited about, but it will certainly make its way into plenty of Commander decks over the next few years, and importantly, it is a mythic. It’s essentially a “dollar rare” these days, and it’s hard to lose at that price.

Again, not one I completely love, but it’s worth noting that Cairn Wanderer is $2 so this could end up there one day, too, especially since it’s ostensibly better.

Of course, this encompasses a lot. Looking at Dragons of Tarkir, I see a lot of cards that need to drop quite a ways before I get particularly excited about picking them up.

That said, some are head and wings above the others when it comes to the long-term. The Dragonlords, especially Silumgar, Atarka, and Dromoka, are good casually. Ojutai is just plain good, but I can’t foresee this hitting a price that makes it worth picking up until at least rotation. Thunderbreak Regent is actually the clear winner, though again, it’s too expensive right now to want in on. But it has so many things going for it, not least of which is just being red and therefore more flexible, that it’s hard to not see this as the best long-term pick.

I’m interested to see what happens with the Game Day promo of this card, because that’s definitely the most attractive version, as Guo Heng Chin touched on earlier this week.

Haven of the Spirit Dragon

This definitely competes with Nykthos for the title of “best casual land currently being supported financially by Standard,” and it may actually surpass Nykthos in that regard. I hope every day that this gets cheap soon, because it’s just such an appealing target if it hits $1 to $2, even if we have to wait for rotation to get there.

As sweet as the other cards in this set are, this may actually be the best in Commander. It’s finally starting to fall, and I can’t wait for this thing to bottom out.

Rounding out our list today is a pretty solid zombie, which has both the benefit of being cheap and being mythic. Lord of the Undead is $8 after several printings, and while Executioner may not be that good, it’s still an extremely-solid zombie lord. Lots to like here. 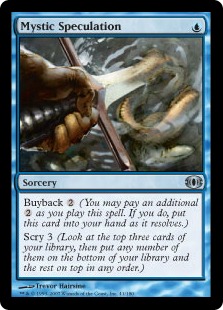 And that’s my list of casual targets for the past 18 months. There are a few lesser ones that are interesting, but this represents the best of the best. Until next week (when we have a full Modern Masters 2 spoiler), keep it casual!