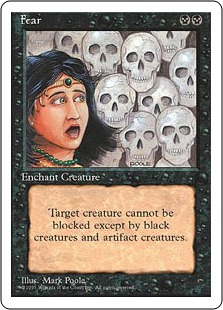 Emotions can frequently fog one’s judgment in MTG finance. In fact, the same is true for stock market investing. Emotions explain why stocks and Magic cards can be over-valued and under-valued in the short term. 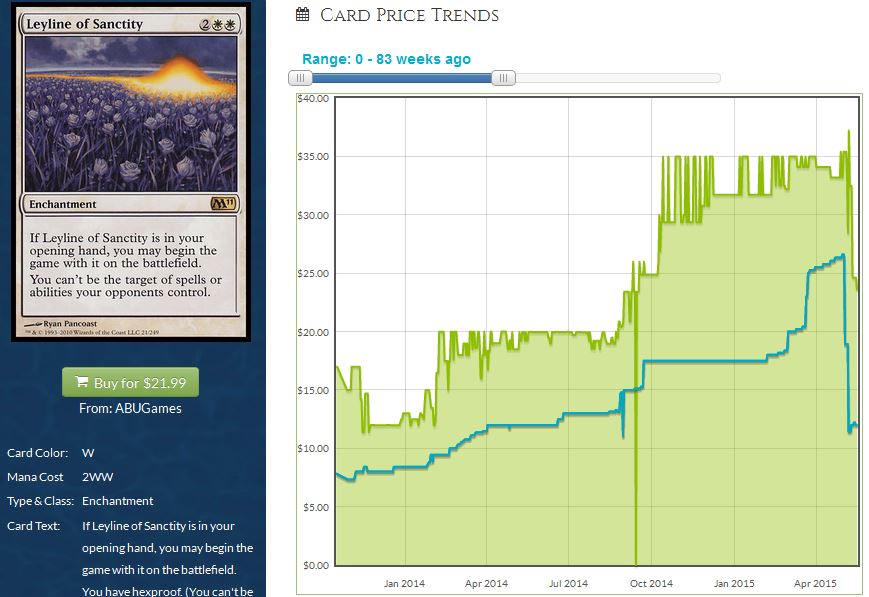 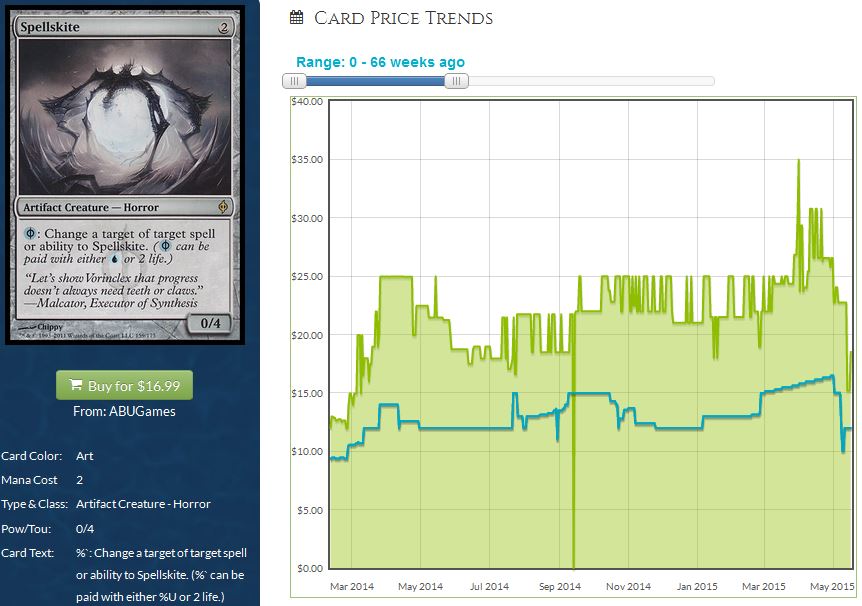 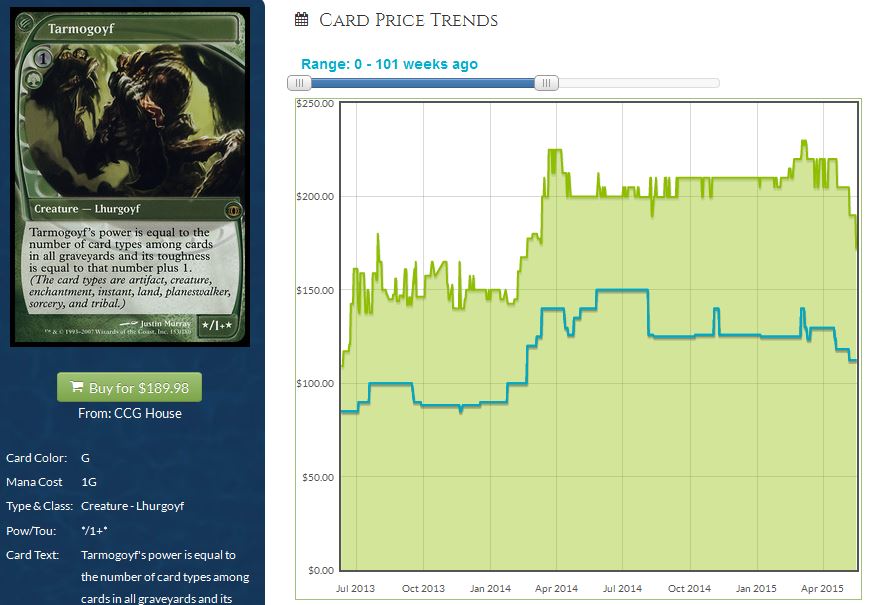 The most valuable card in Modern, Tarmogoyf himself, is also selling off in light of Modern Masters 2015. While his pullback has not been as drastic, a move from $220 to $171 is nothing to sneeze at. In this case, I suspect the selling may not be over just yet. But the bottom will arrive swiftly. And when it does, it will likely last for only a brief moment. If history is any indicator, we may see Goyf’s price recover almost as quickly as it drops. Let’s zoom in on June 2013, when the first Modern Masters was released. 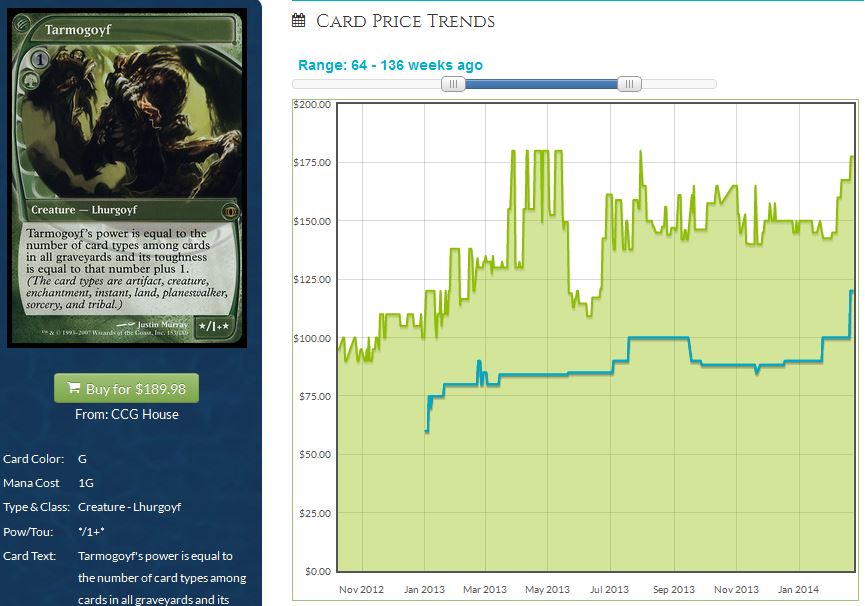 We can see in the chart above that Tarmogoyf peaked at $180 in 2013, only to drop down to around $110 in light of Modern Masters. Less than a month later, however, the card recovered nearly 100% of its drop. By early 2014, Goyf recovered the full price drop and started to set new all time highs. 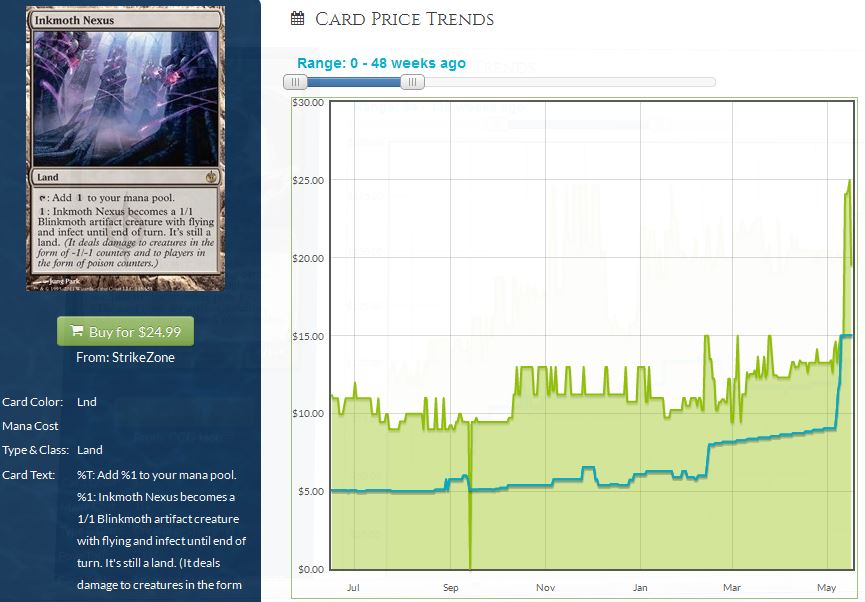 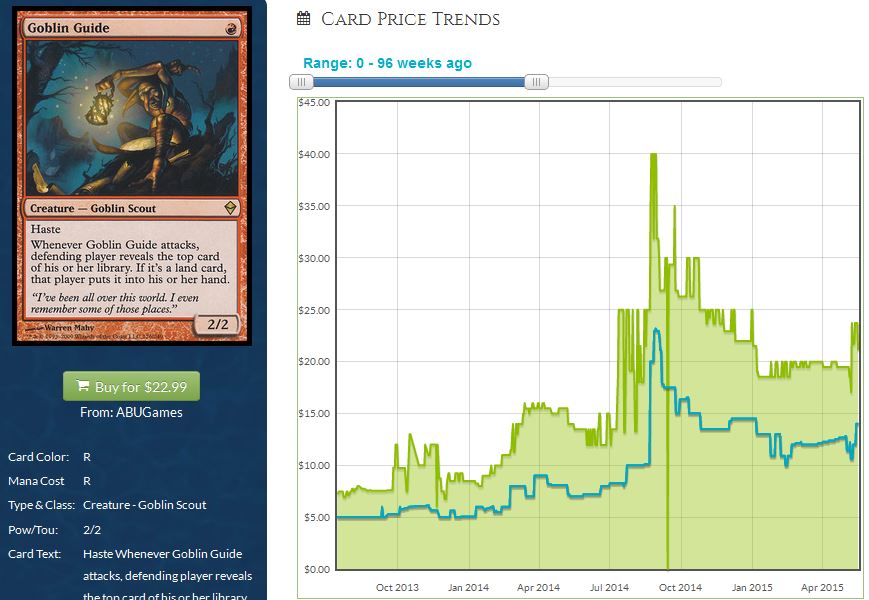 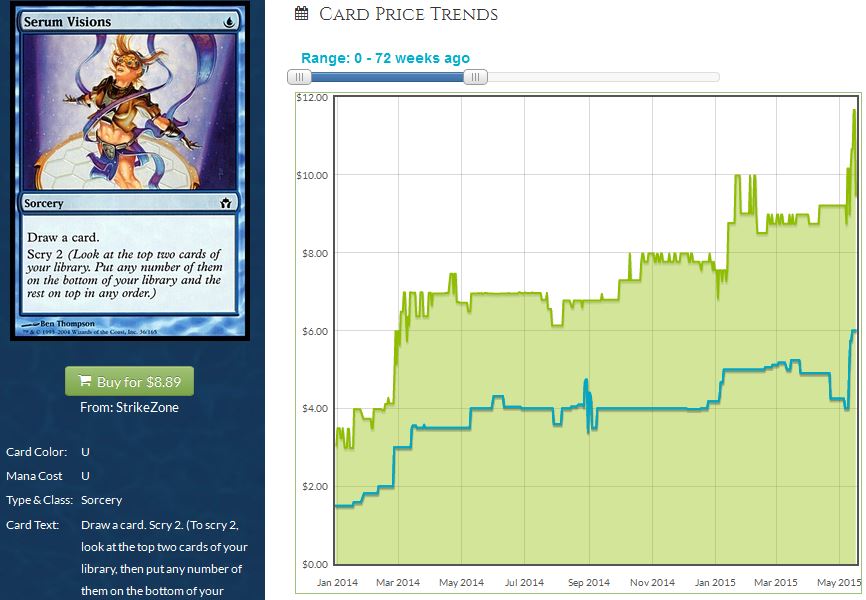