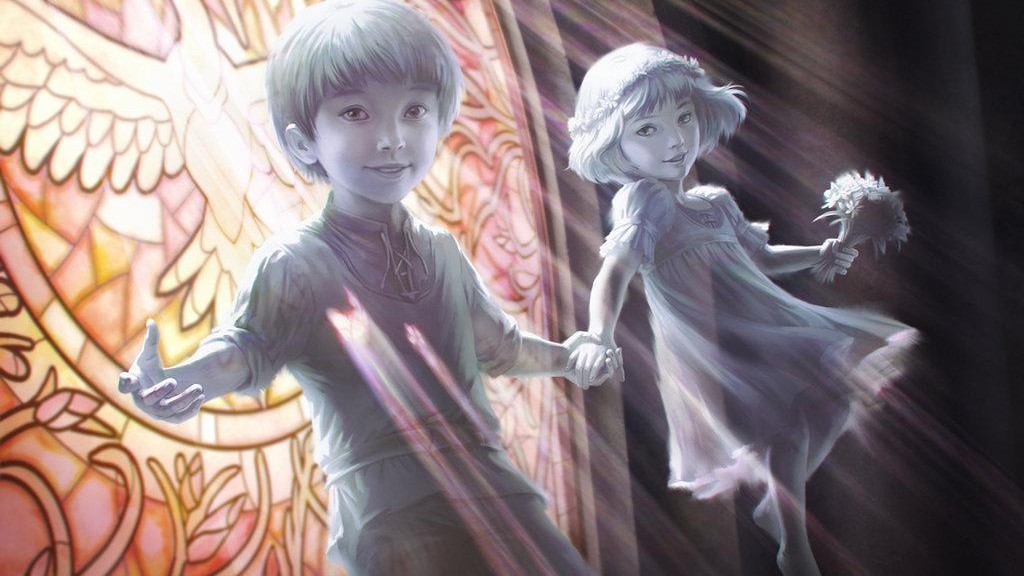 Magic Origins has some cards that will impact more formats than Constructed. We don’t have the full spoiler yet, (though it might even be released by the time this is posted) but I want to go over some of the cards that you’ll see a lot of in Cubes, Commander, and other kitchen table formats. 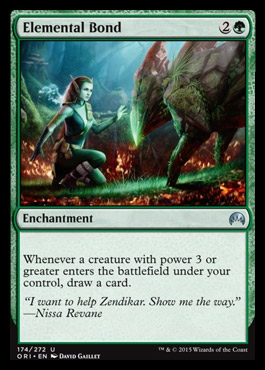 Let’s start with the doozy. This is a hammer of a card in any green deck, and this has some Standard potential. Imagine this in decks that loop Den Protector and Deathmist Raptor?

Commander has had assorted versions of this card for some time. Garruk’s Companion is the direct comparison, and that’s a card that enables all sorts of shenanigans. Trust me on this: There’s no card that I love seeing more than Garruk’s little buddy in any green deck, and this new enchantment is cheaper and harder to kill.

This will never be terribly expensive, but the foils will have a surprising premium, likely about $5. 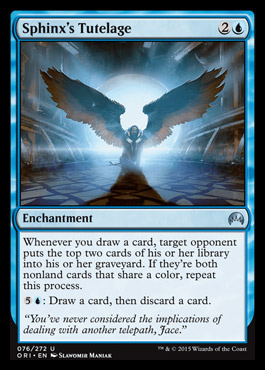 One of the things that makes Psychosis Crawler a surprising card at a dollar is that it takes something you love doing (drawing cards) and turning it into a weapon against other players. Tutelage will take longer than Crawler will, under most circumstances, but people love their mill decks.

I think that this will go a long, long way, in casual games and in finance. It’s a strategy and a win condition that only asks you to draw cards, something blue decks want to do and are very good at.

The foils will also have a higher premium, probably about $3. 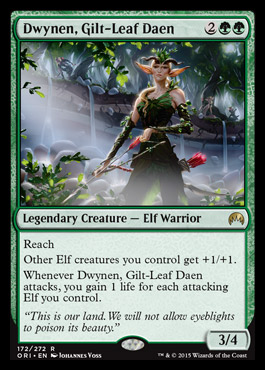 Yet another legendary elf lord and this one is good but not overpowering. It’ll show up in elf Commander decks as a mass booster, but it’s more about value than power with this card. Gaining a bunch of life is good, but attacking with a lot of elves likely means you were going to win anyway.

Still, it’s a legendary elf. That will help its price some but not much, since it is the foil rare in the green intro pack. Don’t expect the card or the foil to break $2. 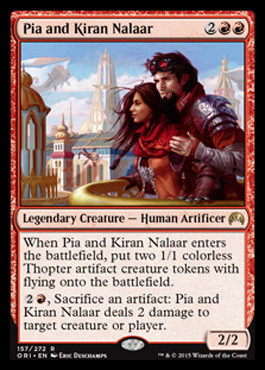 Chandra’s parents make for an interesting card. You get four power and toughness for your four mana, some of it flying and some of it able to be used for Shock value. This is both better and worse than the ability of Bosh, Iron Golem but there’s a lot to do in red artifact decks. I’m looking forward to the eventual cycle of four-color legends, as the one without green enables a great set of artifacts in a Commander deck.

This is another foil inclusion for the Intro packs, unfortunately for their price. I suspect that while there is more demand for this card than for Dwyen, there simply will be too many foils out there to keep the price high. This will max out at $3. 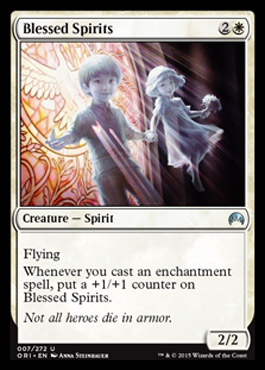 I have a suspicion that this will be a card sought after in foil. The card is negligible in its power level, but the art and the story makes this card inhabit a unique space.

As a father of two, I confess I find this a bit creepy. I suppose I do prefer happy ghosts of children to graphically dead ones, but they are a bit unnerving in looking that way.

Much like Gift of Orzhova, I think this will have a surprisingly high premium on the foils. I’d expect it to be around $4, but not less than $2. There won’t be much long-term potential for growth, nor will there be huge demand. 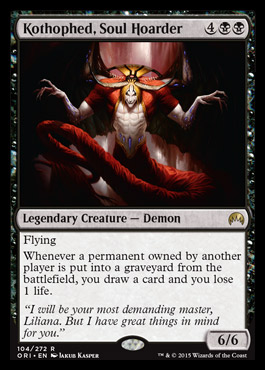 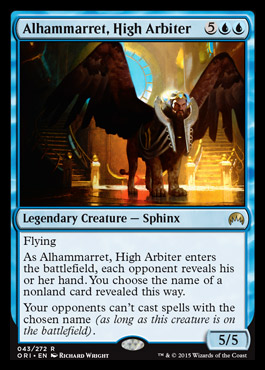 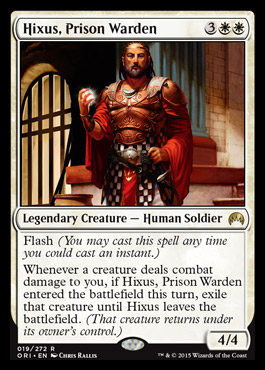 These are the other intro pack foils and they will be lucky to get to $2. None of them is particularly overpowering in casual formats in terms of what they do. They are unique, yes, but the casting costs and ubiquity will prevent them from being financially relevant. 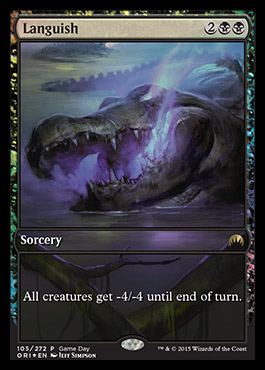 This has potential. Black isn’t lacking for sweepers but it’s nice to be spoiled for choice. A lot of Cubes will seize on this as an alternative to Damnation, at least until it comes down in price. 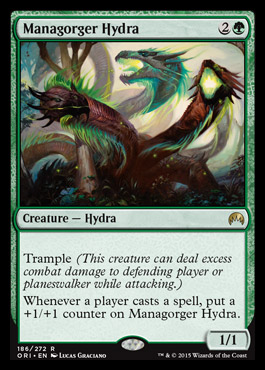 In case you haven’t ever played against it, Taurean Mauler is definitely a card but it is infinitely chump-blocked.

I love it when people say “it dies to removal” as a rebuttal for big creatures. If your deck is full of threats that must be answered, then eventually, there are no more answers.

Managorger Hydra will never have a big price but it will show up in all sorts of casual formats. 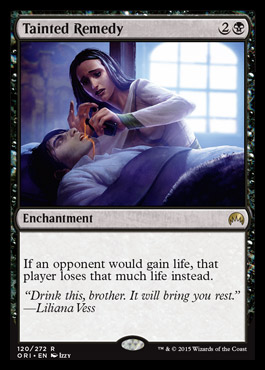 False Cure is a supremely awesome “Gotcha!” card. Tainted Remedy loses the surprise factor but lifelink isn’t optional. I don’t think this will make it into Cubes but there are a lot of Commander groups that will play this in the 99.

I confess I’d be more likely to play something like Erebos, God of the Dead for the multi-function utility, but if you know people that like to go off with Sanguine Bond and Exquisite Blood, this might be the enchantment you need. 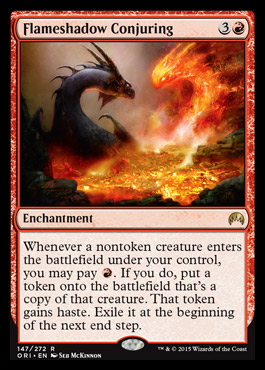 This is an incredible card for Commander. We have had versions of this effect before (Minion Reflector) but Commander is where we love to jam value creature cards. There are blessed few creatures worth playing that don’t enter the battlefield with a good effect.

I’ve written before about my almost-all-creature deck, and this card is fighting for a place in that deck. It’s cheap but only for decks with red, which limits it somewhat.

I would expect this to be slightly above bulk rare in price, but the foil will be around $4-$5 because of people like me.