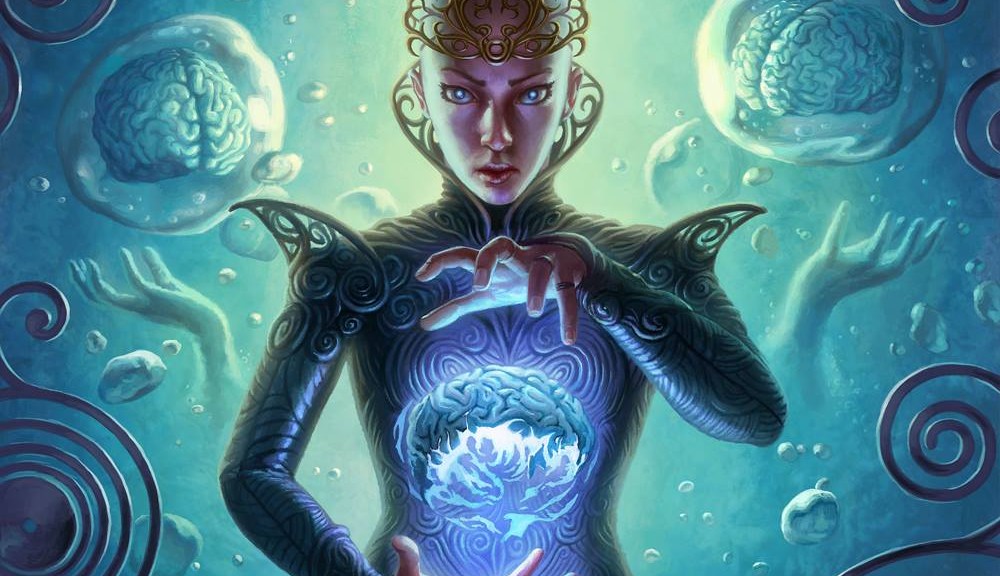 There’s no doubt that Commander is one of the prime forces at work when it comes to the prices of a lot of cards. There’s a combination of factors that make Commander a format that can be almost as expensive as Legacy:

All of these elements come together and make Commander a format that can be surprisingly expensive. There’s not a lot that causes spikes in Commander prices, at least not all at once. Two years ago, with Nekusar decks becoming quite popular, there were spikes in a lot of cards like Wheel of Fortune (but not Memory Jar?) but that’s the exception.

Excepting, of course, the EDH ban list. Remember, Commander is a format that is not strictly official. The EDH Rules Committee maintains the ban list, and while some members of the committee work at Wizards of the Coast, it’s a small group of guys who make the ‘official’ decision.

Those decisions can cause some large and fast spikes when a card is unbanned (Staff of Domination) as well as some craterings when a card is removed from the format (Griselbrand).

This week, there were no changes to the banned list, meaning we have some time to think about what changes might be in store. It’s worth remembering that they don’t like to preemptively ban cards; they prefer to let players have the new toy for a little while and see how bad it is. Worldfire and Griselbrand come to mind as examples: it was clear they were probably no good for the format, but there was still a couple of months of play.

Let’s start with the current banned list and see what’s a candidate to be let out of the doghouse. I’m not going to go over every card, just the ones with a shot.

Biorhythm – Hear me out. It’s an eight-mana spell that carries a lot of risk to the caster. If you’re not casting it to kill someone, it’s a dead card. Plus, it puts your life total into a possibly dangerous spot too. Insurrection and other such spells also can end the game at eight mana, so I think this gets revisited eventually. Picking up a dozen sub-$2 foils and just putting them away seems like a safe bet, one which could pay off dramatically.

Gifts Ungiven – There are a lot of comparisons out there for this card, from Intuition to Buried Alive or Fabricate, but being able to search up Mindslaver, Buried Ruin, Academy Ruins, and Crucible of Worlds and guarantee that you control every turn for the rest of the game…no thanks. I think it gets looked at and laughed away.

Sway of the Stars – It’s ten mana to start the game all over again at seven life. Only suspended spells will get around this (I’m looking at you, Jhoira of the Ghitu) and it’s just rather annoying. I think Sway does eventually get off the list, and as another card with foils at below $2, there’s a lot of potential.

Time Walk – This is a surprising card to see banned, as Time Warp, Time Stretch, etc. are all allowed. Timetwister is not banned either, so I think Time Walk gets its day as well. Considering the price, though, I don’t think there’s a big profit potential here besides the growth of Power.

Now, let’s talk about some of the cards that folks want to have banned and how the price would be affected.

Sorin Markov/Magister Sphinx – These are cards that set your life to ten, undoing the starting life buffer and undoing any lifegain you’ve worked on. This is an enormously powerful effect, and each has the potential to be used more than once. Sorin, having been printed twice but not for five years, has much farther to fall. The Sphinx, even in foil, is already rather cheap.

Seedborn Muse/Murkfiend Liege/Prophet of Kruphix – All three of these untap some or all of your permanents on each other player’s turn, effectively giving you extra turns. Prophet even lets you play creatures, while the other two are progressively more narrow. These are cards that are more than just powerful, they are time-consuming and grant enormous benefits, requiring instant-speed answers at the end of the turn on which they are played. I would not be surprised if Seedborn and Prophet got hit first. Murkfiend might be allowed, since it’s only specific colors of creatures, but the other two are targets.

Seedborn would take the biggest hit, likely falling from $13 to $5 or so, and the foils would take a real hit. I wouldn’t be trying to hold any of the three foils for long-term investments. Prophet has a Clash Pack foil promo weighing down its price but the real loss would be in the future value. Murkfiend would also go down by more than half.

Deadeye Navigator – Another card that requires instant-speed removal and perfect timing. You want to respond to the Soulbond trigger to remove whatever they are flickering. This is a card that is exceedingly easy to abuse, yet it doesn’t have much of a price at all. Banning this would take it from dollar rare to bulk rare. The foil would take a huge beating, likely falling from $10 to under $2.

Consecrated Sphinx – I was surprised that this wasn’t in Modern Masters 2015, and I’m surprised that it hasn’t been banned yet. Just like Primeval Titan was easy to steal, copy, and abuse, this is utterly ridiculous. Copying it means that two players get to draw an arbitrary number of cards, which is what got Trade Secrets banned. It’s at $15/$45 now, and if it gets removed from EDH I think it would settle at around a third of its former price.

Mana Crypt – Now it’s true that this card is both amazingly expensive and generates fast mana, two characteristics that the Rules Committee frowns upon. Eventually, this will get banned for the combination, though it’s hilarious to see someone take 12 damage over the first five turns from this. It’s got Eternal formats buoying the price, though, so banning in Commander will only make a small dent in the prices.

Tooth and Nail – Even at the high mana cost of this entwined, it’s rather degenerate. It’s not that much worse than Green Sun’s Zenith or Chord of Calling or other such cards, but I’m just tired of the same combos popping up. Name your combo, and it’s been done a bunch.

If I left off your personal boogeyman when it comes to cards that need to be banned, feel free to mention it in the comments.