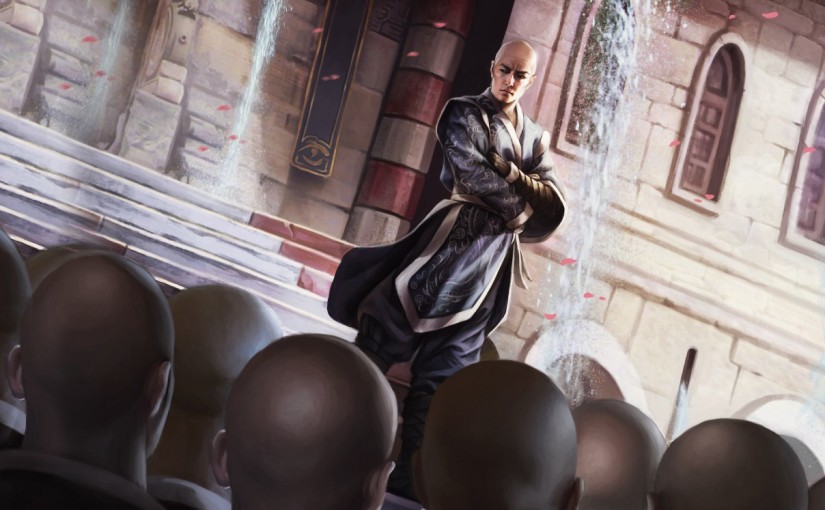 Monastery Mentor is a Legacy and Vintage playable card with an absurd power level that hasn’t quite found it’s deck in Modern. Once it does, I fully expect the card to top $30 as a small set mythic that was supplanted by Dragons of Tarkir on shelves only 6 weeks after it debuted. I’ll be acquiring more copies under $16 accordingly.

See the Unwritten was already seeing play in versions of Green/Red dragons in Standard when it spiked off late summer Battle for Zendikar Eldrazi hype. I’ve been selling through a variety of channels, and the price has been sliding but I’m still coming out up over $10/set on average, with additional upside on my remaining 20+ copies if the card finds a deck in the new standard or an obvious search target appears.

“At only $3, I really like Spawnsire of Ulamog as a pickup. It has dodged being reprinted so far, it makes a lot of mana dorks, and the last activated ability is perfect for both Timmys and Johnnys to get excited about. The annihilator 1 is pretty irrelevant, but who cares? We’re casting every Eldrazi ever. Spawnsire gets a whole lot of new tools with this set, and I don’t think he needs to see competitive or EDH play to get up to $6 or $7 on casual demand alone. SCG is out of stock on NM copies at the moment, but has plenty of SP/MP. eBay is practically dried up of non-foil copies, and there are still quite a few on TCGplayer. Maybe this doesn’t pick up until casual players start cracking packs and building decks, but this is a card I’m very bullish on. You don’t see me pick out spec targets very often, but this is one of them.”