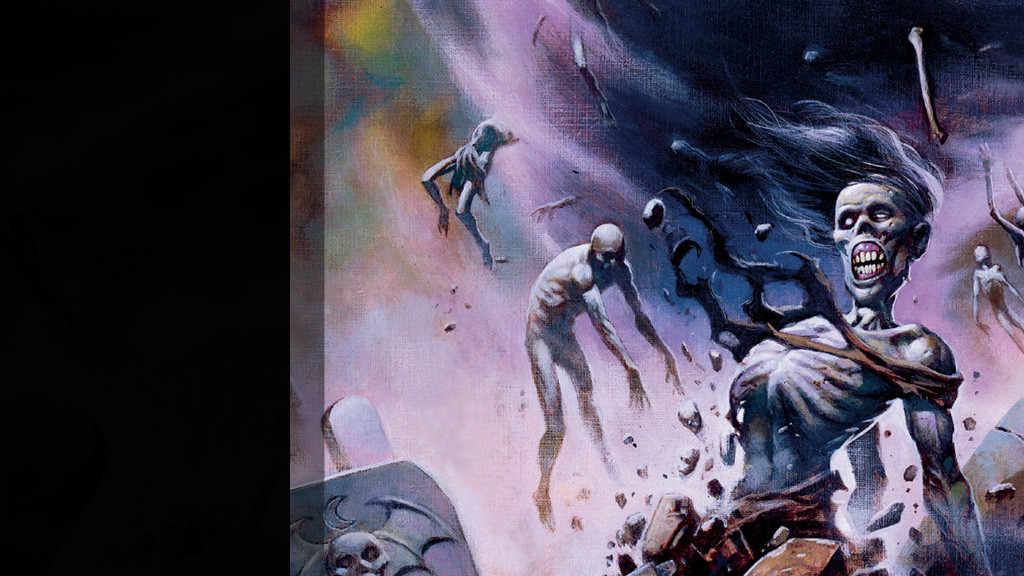 So the spoilers are rolling in this week and there’s a lot of excitement. I personally can’t wait to trigger the new Kiora’s ultimate, which Aaron Forsythe described on Twitter as ‘Octo-Fight’ and that is the best name for anything ever!

What I’m most intrigued by, though, is how the Eldrazi have the ingest mechanic and then have processor effects that make use of the exiled cards. So far, Oblivion Sower is the only one that can provide mega-value, since it can get back lots of lands at once.

This got me thinking, though. Since the Eldrazi want to see exiled cards and not just ones exiled with ingest, I want to look for the casual cards that can exile things and might see a spike if people start adding lots of Eldrazi to their Commander decks and the like.

Put another way: Two years ago, Nekusar, the Mindrazer decks became all the rage and some cards saw significant gains. I want to get ahead of those spikes this time, only instead of drawing and discarding as the key abilities, exiling is now the keyword I’m looking for.

One caveat: We don’t have the full spoiler so it’s possible that some of these are reprinted. If that’s the case, I’m totally wrong on the value.

Ashiok, Nightmare Weaver – As a rotating Planeswalker, I like picking him up now at a pretty low cost. He hasn’t seen much eternal play, but the ability to exile from the library, and then use those cards, is pretty sweet. I wouldn’t be surprised if this was $10 by Christmas.

Deathrite Shaman – This is a card that is too good for Modern, so you can imagine I’m a big fan in casual formats. You want some graveyard interactions for the long games or to stop things from looping, and this gives you a bonus every time you do. People should be playing this already, and so I think gains are unlikely.

Gravestorm – Exactly the type of card I’m looking for. It’s a rare from an older set, it’s got a low buy-in, and the effect is awesome. You get the exiling you want or you get to draw a card. Winners all around! I think this has a great chance to go up in value.

Nezumi Graverobber – If you haven’t played this before, consider doing so soon. I know the card is visually difficult, being a flip card, but a creature that says “4B: Zombify a creature” is worth the effort and the reading. It’s from Champions of Kamigawa and a reprint in the original Commander set, so while it might double to $1.50 it’ll be tough to see much cash profit.

Angel of Finality – I think this is an easy card to add to any white deck and more people should play her. A bump is unlikely, though.

Bitter Ordeal – While I’d like to see this cast for less than infinity, it pretty much only gets cast after some endless loop. Processors and the like will not affect this value.

Bojuka Bog – This would be a great pick to go up in price if it hadn’t been in three of the four Commander sets.

Cemetery Reaper – Even the foils of this are low, and while the ability is useful and relevant, there’s too many copies to make an impact.

Circu, Dimir Lobotomist – I sort of like this one, though the new Eldrazi are all explicitly colorless. There’s a surprisingly small number of ways to just exile the top of their deck. I would expect this to climb a dollar or two in the near future.

Creakwood Ghoul – It’s a way to gain some life but you have to spend a lot of mana. It’s not terrible, and there is lifegain, but the financial impact will be low.

Crypt Incursion – A useful effect, but it’s only creatures. I keep that in mind when I think about amazing Oblivion Sower plays.

Grimoire Thief – This has a lot of potential, but attacking more than once or twice might require too much work to make it worthwhile. Still, it fits my criteria of being an older rare and has a surprisingly useful effect. Just think how many lands Oblivion Sower gets if you’ve tapped the Thief a couple of times.

Honor the Fallen – A mass-effect version of Crypt Incursion. Find which you like best.

Identity Crisis – I love this card but it’s such a late-game play that it might not be worth it. Still, at less than fifty cents, it would be a low-risk speculation.

Jund Charm – One of the modes is relevant for the processors, and the other two modes are just handy to have. This has appeared in Modern sideboards, and might be worth keeping some foils around on.

Karn Liberated – He does exactly what the Eldrazi need, but the mana cost and the financial cost are just too high for our purposes.

Knacksaw Clique – I play this in my Experiment Kraj Commander deck, and it’s a great combo. Eldrazi will appreciate the ability and again, it’s a low-cost rare with the potential to go up.

Merrow Bonegnawer – Costs no mana, can be done more than once a turn, might be everything you want it to be.

Moratorium Stone – Choosing which card to exile is a good ability to have in Commander games, but I doubt there will be a run on this card.

Morningtide – It’s half of Rest in Peace at the same speed.

Necrogenesis – If only there had been a single printing of this! Or even only one foil! It’s what we want but the value will never be there.

Night Soil – There was a chance but no.

Oona, Queen of the Fae – Now we are talking. This is what Eldrazi of all sorts will feast upon: Scalable exile, and you get a benefit for doing so. There’s a lot of copies out there, though, so there might be only a modest increase in value due to her three versions. None is less than two years old, though.

Ornate Kanzashi – It’s five mana, yes, but if exile effects take off this is one of the ones that had a lot of power. It’s close to ‘draw a card’ and it fits all of our criteria for this speculative line of thought, since it’s a rare from Betrayers of Kamigawa.

Perilous Vault – It’s about to rotate and that means the price is up for grabs. I doubt it’ll be much lower, and it’s a worthy thing to buy a playset of and then set aside for a while. This is highly reprintable, though, just as a warning.

Pharika, God of Affliction – Mostly, I hate that your opponent gets the snake tokens, but when an Eldrazi comes along that can return exiled creatures to play (it’ll happen!) then this will get a lot better.

Phyrexian Furnace – Again, it does what we need, and it comes down early.

Planar Void – This or Leyline of the Void accomplish the same task, though they aren’t good if drawn late.

Psychic Surgery – If you’ve ever wanted to annoy people in Commander, cast this on turn two when people are still searching and fetching and such. If you can exile for value, this gets significantly better.

Rakdos Charm – I love having this in Commander, because so often you meet people going infinite shenanigans. It’s a shame that Twin players are ready for instants.

Rats’ Feast – It’s one shot and hits one graveyard. Not ideal but might be passable, and it’s a bulk rare. Not much can be lost if you bought twenty at ten cents each.

Relic of Progenitus – Just like Phyrexian Furnace, though I’m not sure how many of this effect a single deck wants.

Rest in Peace – A card I went deep on in the block and it hasn’t paid off yet. Maybe the Eldrazi are the ones that I’ve been waiting for? This sees a little sideboard play in Modern and Legacy, though, so there’s a chance.

Samurai of the Pale Curtain – Just like Anafenza, the Foremost, this prevents creature loops but doesn’t affect other card types.

Scavenging Ooze – Heck yes. There’s a lot of copies out there and while it does see light play in the older formats, there’s enough of them so that a big jump in price is pretty unlikely. Maybe just the promo, if you’re into that.

Scrabbling Claws – Third artifact with this set of abilities, even if it’s a minor set it’s nice to have redundancy..

Stonecloaker – For 2W, you can exile a card at instant speed in response to something, and then be ready to do it again if you so desire. That seems decent, but few of us keep the mana up before the hijinks start. It’s also had three printings, so if you want to have a chance at returns, go for the foils at $5 each. At the least, they won’t go down.

Suffer the Past – This is more of a game-ender, but at least it’s an X spell with X effect.

Tormod’s Crypt – A perfect card for our purposes, except that it’s been printed way too many times.

Villainous Wealth – Whatever you didn’t cast (lands!) you can return to the graveyard. You ought to be playing this anyway.

Void Maw – It’ll only have an effect after you’ve played this six-drop and the C13 cards aren’t that hard to find. I like it for a very modest gain.

Withered Wretch – This is so utility you should have it in your Cube already. The downside is that it’s got several printings and even multiple foils to choose from. Picking them up won’t break your bank but you are going to have a hard time moving these in quantity, unless there’s a severe and unexpected surge.

One thought on “Exile for Value”