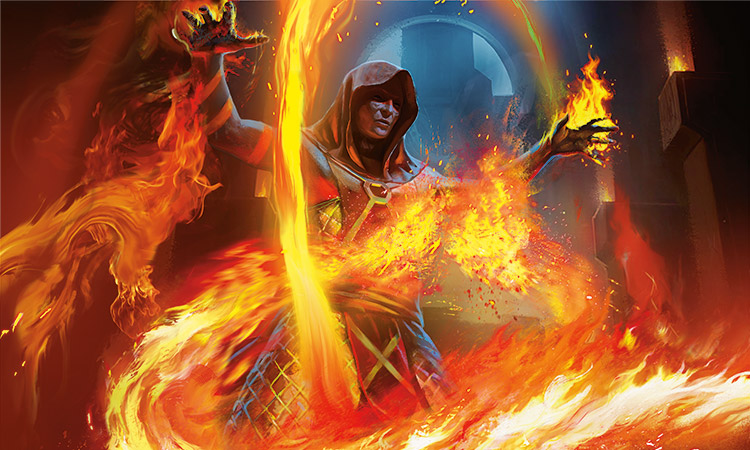 It has occurred to us at MTGPrice that though we dole out a good deal of advice, most of you ultimately have very little insight into when and why our writing team actually puts our money where our collective mouths are pointing. To correct this we’re running this weekly series breaking down what we’ve been buying and selling each week and why. These lists are meant to be both complete and transparent, leaving off only cards we bought for personal use and/or without hope of profit. We’ll also try to provide some insight into our thinking behind the specs, and whether we are aiming for a short (<1 month), mid (1-12 month), or long (1 year+) term flip. Here’s what we we’ve been up to this week:

Abbot of Keral Keep is making waves in Modern, most recently on the back of Patrick Chapin’s Temur Prowess performance at GP Oklahoma this weekend. Patrick isn’t likely to make Top 8 at this point, but either way, the power of the card has been firmly established and I’m happy to be in on a pile more of these as I watch them dry up and head for $30+. Note that this is yet another of the cards on my MTG Origins list of Modern/Eternal playable rares and mythics that is breaking out. Expect an article on this topic shortly.

Monastery Mentor is a Legacy and Vintage playable card with an absurd power level that hasn’t quite found it’s deck in Modern. Once it does, I fully expect the card to top $30 as a small set mythic that was supplanted by Dragons of Tarkir on shelves only 6 weeks after it debuted. As such I continue to acquire cards below $16 where I can.

Dark Petition is yet another Magic Origins rare that is making waves in both Modern and Legacy as a storm oriented tutor that can find missing combo pieces and provide the mana to keep rolling into a finale.

I mopped up one of the only foil copies of Kabira Evangel I could find after Corbin and others called it out last week as the ally most likely to pop on hype for allies in Modern.

On the sales side, I’m holding on to a lot of Modern inventory until next spring, so my sales will be mostly opportunistic this fall. That being said I’m still managing to sell sets of See the Unwritten without much issue, though the price has slid a bit as folks race to the bottom on their stashed sets. I’m well into the black on this card so I’m holding back a few sets to sell into performance hype on the assumption that this thing puts some Eldrazi or Dragons in play on camera this fall.

“These “free” spells are the only ones that have yet to be broken in Modern. Two others are banned, and the last one is Living End. All three legal ‘free’ spells in Modern suddenly get much better with the printing of Bring to Light in Battle for Zendikar. With the foils having displayed arbitrage opportunities in the past, and availability so low across the board, I’m confident that eventually we’ll see a strong spike out of one or both.”

“TCGPlayer point cards are awarded at TCGPlayer tournament series events. They are transferable (unlike SCG points), and can therefore be sold. They have a 2 year shelf life (to keep them from devaluing over time), and can be applied to byes at events, swag like deckboxes, and entry into the end of year 50k event. At events like 5ks (where the byes are available), they commonly sell for $2 a point, but people don’t plan ahead, so you can often get them on eBay for less than $1 per.  I have enough points to enter the 50k as well as get two byes and a sleep-in special, although I may also just sell them for 1.5/pt at the next 5k. “

“I’m going to be playing a See the Unwritten deck day one of the new Standard so I want to get in to Greenwarden on the cheap.

I’m selling Serum Visions because with Scry being evergreen,  we will be in perpetual “it could be in the next set” mode and any significant reprint kills the price. The tokens were acquired in a small collection so I’m happy to get a few bucks for them. Cavern of Souls also seems primed for a reprint, so I’m happy to unload them with gains. Aether Vial was just a solid flip for profit that I’m not planning on using in any decks.

Really, I’m just trying to line my wallet and Pucatrade account with points to spend in December. [Editor: IMHO] there’s not really a lot of cards worth buying right now.”