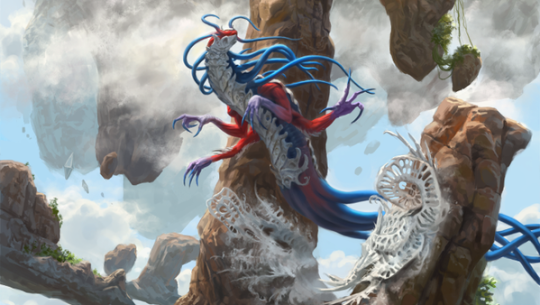 For some reason, Khans of Tarkir didn’t grab my attention. I immediately knew the set was objectively good, with all kinds of possible decks from two to five colors. Yet, when the format was all said and done, I drafted it about a dozen times total, which is quite low for me.

I had attributed this not to a lack of interest in the set, but to the fact that my wife had our first kid shortly before Khans of Tarkir‘s release. The thing is, though, that my son is way more of a handful than he was last year, and yet today, all I want to do is draft Battle for Zendikar. Considering how good Khans was, that must mean Battle is even better.

What’s really been drawing me in is the set’s difficulty. The format is very complex, with synergy playing a much more important role than in usual sets. A blue card that is excellent in black-blue may just be straight unplayable in white-blue. Figuring out this stuff is a joy, and after nearly 20 Limited events, I’m still trying to determine the proper balance between synergy and power.

What’s surprising is that I’m not even winning very much, yet I’m still interested in the format—usually, the formats I end up playing the most are the ones where I win the most matches. In this case, it’s the learning curve and the joy of discovery keeping me coming back, which is a huge endorsement for the design of the set. I’m hoping that more match wins will start coming eventually.

9 thoughts on “PROTRADER: Don’t Get Too Comfortable With Your Preferred Out”