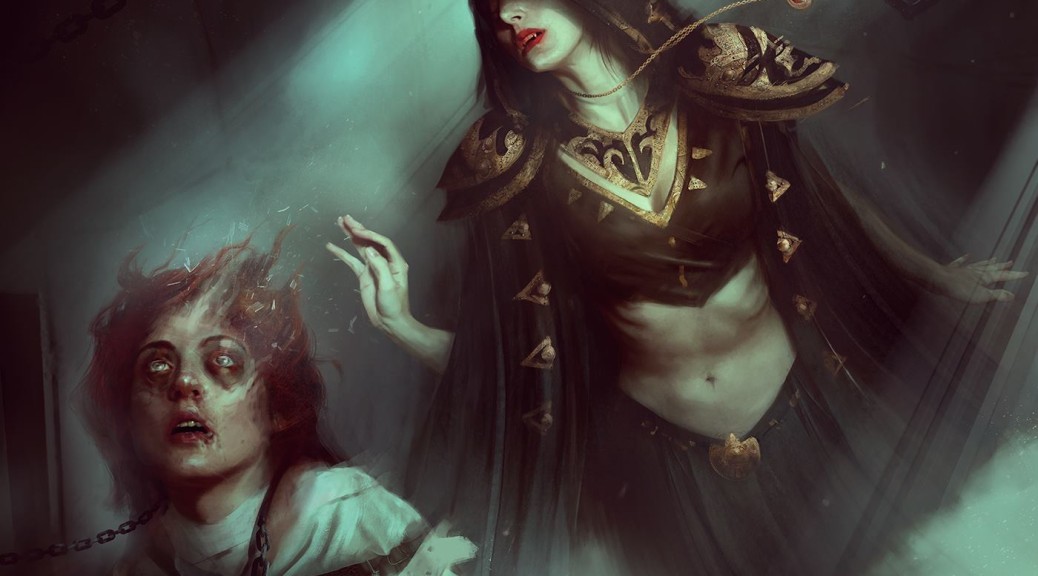 The full spoiler is out, and last week I went over every Mythic. This week, I’m being a little more selective, and going over the rares (and a couple of uncommons) that will be worth your time to trade to Cubers, Commanders, and other non-Constructed players.

Hanweir Milita Captain – There’s a few creatures that have this power and toughness based on how many you have overall, but none that make their own buddies turn after turn, and this is a two-drop! Not going to be expensive, though higher than bulk.

Thing in the Ice – It’s gotten a lot of the preorder hype and people are dying to build around this card. It’s neat and all, but it’s fragile and time-consuming. Perhaps I’ll be proven wrong, but that is a risk I’ll be willing to take. I will be surprised if this is more than $3 in the long term. 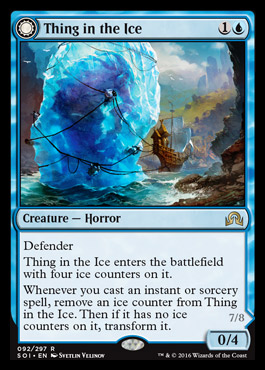 Geier Reach Bandit – This is an interesting card. Three mana for a hasty 3/2 has a place in some aggressive decks, and the ‘transform your Werewolves’ ability is pretty neat, but this is niche at best and will top out at $1.

Autumnal Gloom – All told, this is four mana for a 4/4 trample hexproof. Some people I know are making noise for this in Modern, but as an uncommon, the foils are the only place to make money. I’d take foils at $2 or less to start out with.

Hermit of the Natterknolls – Very intriguing card. Is this sideboardable in Legacy? I’m eager to play this in Commander, I have to admit. I think this will be a $4 foil.

Sage of Ancient Lore – I’ve played Multani, Maro-Sorcerer in four-player games and it was chump blocked every time. This can transform and have vigilance and trample, but is fragile as heck. Plus, Commander has an easy time flipping Werewolves back and forth. I’m expecting this to be about $4.

Westvale Abbey – Lands that make creatures have a certain pedigree to them. This doesn’t require mana of a certain color, making this a cheaper Urza’s Factory, and one with the potential for transforming into a total beatstick. Instant-speed exile or bounce are necessary to deal with this, and even one hit is a big life swing. I think these have great long-term potential, though I don’t want to get any right now when the price is highest. I will be looking to get these at $1 or less, and the foils are a great Commander target. 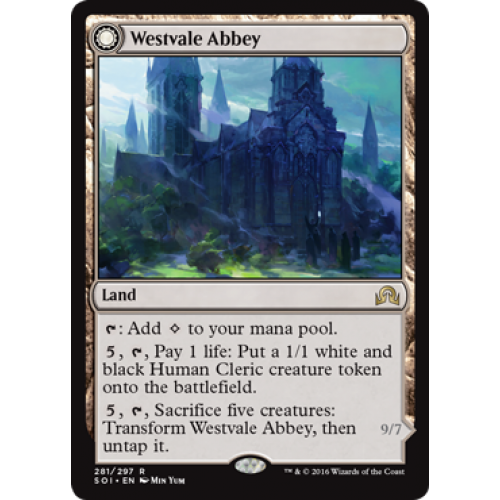 Always Watching – I’m not sure this is good in EDH. I can get more and not pay much more, and the nontoken restriction is a real bummer. Likely bulk.

Bygone Bishop – I think Clues have some potential but this one is a bit lame. Fifty cents.

Declaration in Stone – So 1W to exile a creature at sorcery speed isn’t too bad. Worse than Path to Exile or Swords to Plowshares, but those are more expensive. This will be less, but it’ll be commonly played in Standard, I suspect. Two dollars or so.
Drogskol Calvary – If this were not one of the Intro Pack cards, I’d be intrigued. It’s a plan all by itself, and even claws you back from the edge of death while taking over. Unfortunately, it is, and it’s never going to be valuable.

[mtg_cardEerie Interlude[/mtg_card] – Ghostway is $8, and not too long ago was $14. This is strictly better, but it’s going to be far, far more common than Ghostway. I do like foils to hold a price, but probably not more than $5 for a while. 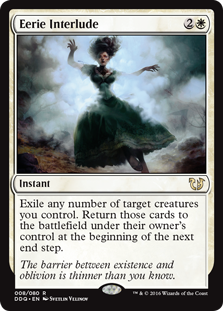 Open the Armory – This is one mana more than Steelshaper’s Gift, but has more flexibility and foils are the way to go. Pick them up cheap and store them away for a bit.

Engulf the Shore – I don’t think the number of decks that want this will ever be very high, and this will be bulk.

Manic Scribe – It’s been said to death that casual players love their mill decks. It’s why Hedron Crab is a $3 card. I am going to be looking to get these foils and save them for a while, because four cards a turn is a clock.

Asylum Visitor – Nath of the Gilt-Leaf has a new bestie. Go for the foils, though, as this is otherwise unimpressive, even as a 3/1 for two mana. 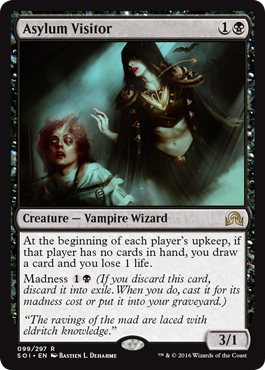 Diregraf Colossus – My man! This is going to be one of the cards that gains value faster than you think it will, and rightfully so. It’s dependent on a Zombie tribal deck, but that is a feature, not a bug. It’s good early, it’s good late. I want to pick these up but this will never be more than a $3 card during its time in Standard, unless a Zombie deck gains heavy traction.

From Under the Floorboards – I want this to be good, very badly. Madness X gives you a real benefit for including discard effects but even the foils will struggle to be more than bulk.

Triskaidekaphobia – This might be the best card ever. I have to think about games within games that are more fun to play. I think foils on this are going to be expensive and stay that way, and I’m going to be bold: These are going to be $10 foils right away, and only start ticking upwards.

Sin Prodder – Something has to be worth money, right? I think this card is not good in Commander, or anywhere. Please, understand that when your opponent gets a choice, it’s always going to be bad for you. I think misguided people play this to a $3 value.

[mtg_card]Cryptolith Rite[/mtg_card] – This enables so many things, it seems like it can’t help but be good, especially as you have tokens begetting tokens, and on and on. It’s already pumped on presale up to $5, and I think that’s about right.

Second Harvest – Heck yes! This is an effect that is one-sided, instant-speed, and relatively cheap. You have my blessing to go forth and double up on tokens as much as you want. This will have a high foil split, probable something like $1/$7.

Altered Ego – Go for foils, those will be about $5 or so. Really great Clone effect, but the nonfoils will be bulk rares.

Anguished Unmaking – Our comparison is Vindicate, and missing out on killing lands might be a problem. Also, this is the Game Day foil promo, so that’s a factor. On the other hand, this might be the best removal spell in Standard. I’m guessing this is a $4-$7 card.

I know I didn’t cover them all, but how many times can I say “Bulk or nearly so” before you were bored? Come to the forums or leave a message to tell me who wrong I am.

2 thoughts on “Casual Standouts of Shadows Over Innistrad”