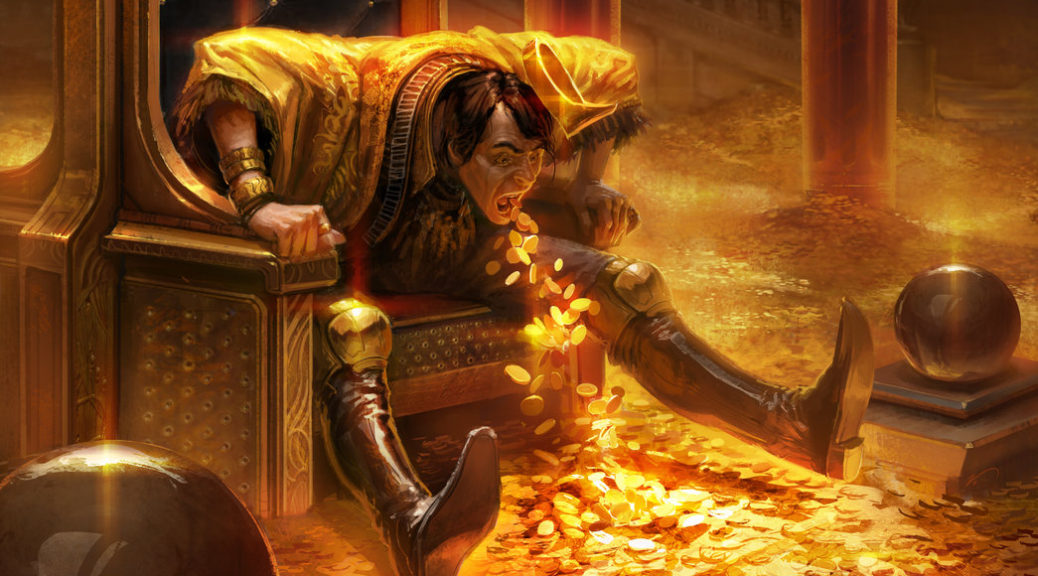 For those of you who are experienced at the ebb and flow of Magic, today’s plan is not going to be a shock to you. What I’m doing is old hat and a plan that has served me well so far, and I haven’t seen a reason to change yet.

For those of you who are more new to the game, and the idea of how drastically values can change for a card, prepare for some sage advice. Even though the Pro Tour is underway, and you should stay tuned for cards that bust the format open, that’s a skill I don’t have. Today’s plan, though, has worked for me over and over.

Aether Revolt has some really powerful yet really cheap cards. This is good for us who seek to accrue value while cards are inexpensive, back to the original profit idea of “buy low, sell high.”

We are going to do a lot of buying low and hopefully a lot of selling high, but instead of lots of cards, I’ve got a timeline in mind.

Aether Revolt is the current set for drafting and events, but on March 15, Modern Masters 2017 will arrive.  Then on April 22, we have the prerelease for Amonkhet! This is a lot going on in a very short time, and represents some real opportunities.

The cheapest point for a set is right after the following set comes out. So for Aether Revolt, I want to be picking up cards about March 22. I want to be getting Modern Masters 2017 cards around the beginning of May.

I especially want to be getting the cards that have long-term appeal, not just the Standard powerhouses. I would so much rather buy 17 Lifecrafter’s Bestiary right now than one Walking Ballista, for instance.

The pattern of Standard has been one of consistency for the best cards. Let’s look at the headliner for Battle for Zendikar: big ol’ Gids. 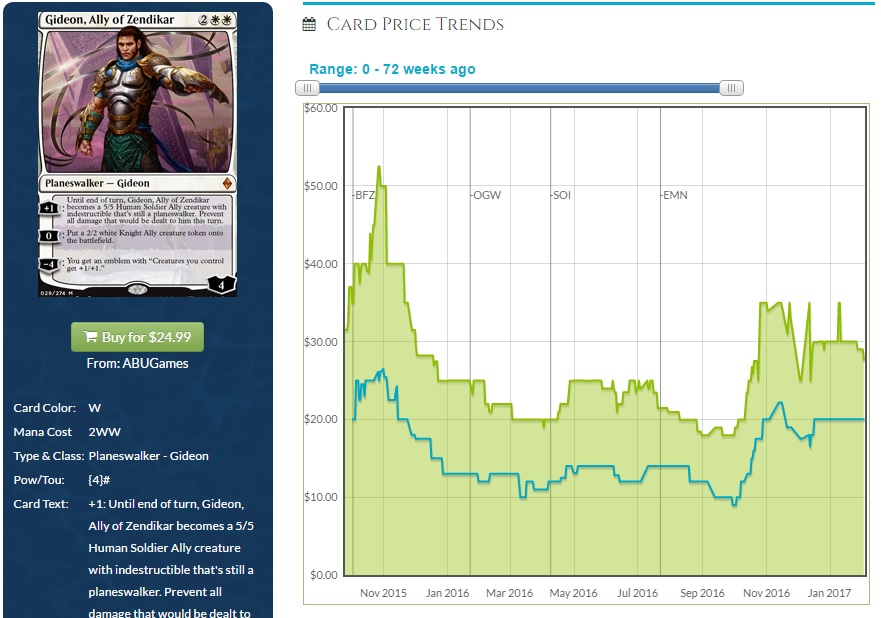 He’s dipped down to $20 from time to time but he’s stayed in the $20-$30 range pretty consistently, and I expect the same out of something like the Ballista. It might go down to $10, it might creep up to $20, but nothing too crazy.

Unless Doubling Season gets reprinted in Standard. Then watch out.

I really love a lot of Aether Revolt for long-term holds. Regular and foil copies of the Bestiary, because the card is just amazingly powerful if you can live through the turn you cast it.

Whir of Invention is really intriguing to me, as a card that could be broken in the right deck. The comparison to Chord of Calling is a good one, because the deck that wants Whir will want four of them, and that’s a trait I truly love in my speculative picks.

Aethersphere Harvester is a fairer Smuggler’s Copter, but this demonstrates how good looting is compared to gaining life. I think Rishkar, Peema Renegade plus Winding Constrictor is a turn-two into turn-three that a lot of decks won’t be ready for, especially when something costing six lands on turn four.

I don’t know much about the cards in Modern Masters 2017, but the principle still applies. Conspiracy: Take the Crown lowered prices remarkably, and now a lot of those cards have enjoyed a bump. I want to plan on grabbing cards at their low point, though I need to think more about the actual cards. The 2013 edition of Modern Masters had a lot of amazing cards, but the 2015 was less valuable and more widely distributed. So we will see.

That’s my plan. It’s what I’m going to be trying to accomplish, and I love having targets and ideas clearly drawn. Buy low, sell high, but do that about once a month these days!