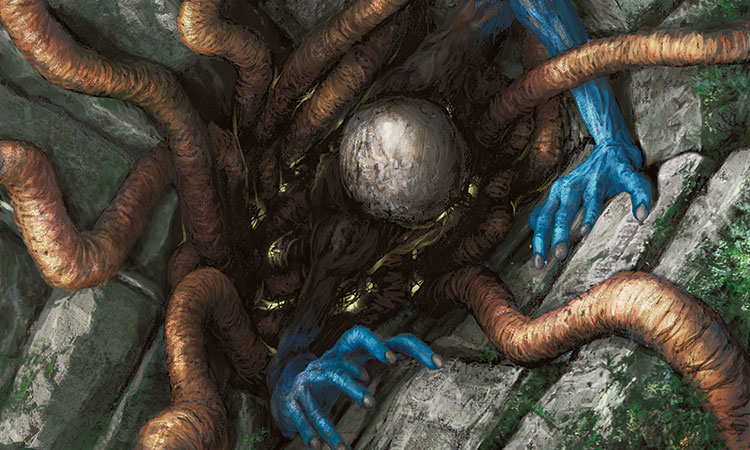 About seven minutes ago (at the time of writing this), WotC revealed the first five week post-Pro Tour ban list update. Twitter was buzzing ahead of time, in no small part due to the fact that this was the first of the new announcements. Would they make a big change in Standard? Hit Gideon? Take out a few commons or uncommons, like Thraben Inspector, to keep strong cards around but disturb the base? Would they reach out and touch Modern or Legacy? Will Jace, the Mind Sculptor be unbanned? (No, stop asking.)

Despite all the wild conjecture, nothing happened. No formats were touched. Perhaps most telling was the language used in the announcement – results from GP Utrecht were cited, and Jersey and Barcelona weren’t discussed. This leads readers to believe that decisions may have been made weeks ago. One wonders how WotC employees were feeling Sunday night, knowing that nothing was going to change, as they looked over the Barcelona and Jersey results, which were absolutely saturated with Copycat and Vehicles.

In any case, it means many more weeks of stagnation for us. There’s simply nothing that looks interesting out there right now. Even Temur Dynavolt, which is just barely hanging on to a top 32 slot’s worth of quality right now, has no worthwhile targets. Ah well. Guess we’ll turn elsewhere.

Given that this series is called “The Watchtower,” that would metaphorically put Ancient Stirrings in ‘pour hot oil over the ramparts’ range.

Supply hasn’t been deep for awhile, given that the only printing was in Rise of the Eldrazi. Granted, that was a popular set, and Ancient Stirrings was common, it was nigh seven years ago now. That’s a bunch of years. It’s an auto-four of in every single Tron build that’s green (which is all of them), as well as the various builds of Eldrazi, Bant Eldrazi prime among them. That’s not all though; Lantern typically plays all four as well. In each of these strategies the ability to look five deep not just for high-powered lands, but also colorless Eldrazi monsters or artifacts means it’s well worth the slot.

We’re not likely to see Ancient Stirrings show up anytime soon, either. The upcoming Duel Deck, Mind vs Might, is red and blue. We’re about seven months away from Commander 2017, and I doubt we’ll be seeing any Eldrazi in Amonkhet or Atlazan. There’s a great chance we don’t see additional copies of Stirrings this year, and possibly even next. (Although that’s a lot less reliable.)

Copies are around the $6 to $6.5 mark right now, which sounds pretty wild for a common, but Mishra’s Bauble is an uncommon, played in like one deck, and is $35. Given that as a benchmark, $15 for Ancient Stirrings doesn’t sound unlikely at all. For reference, it’s played about half as much as Thoughtseize, the third most played spell in Modern. We may not see it at $15 next week, but by November, if it doesn’t plummet in metagame share, it’s absolutely possible.

In keeping with this week’s metaphor, Lotus Bloom isn’t in oil range, but the archers wouldn’t have any trouble hitting it. (This is probably a tortured metaphor at this point, right?)

Lotus Bloom is primarily an Ad Nauseam card, which I highlighted a week or two ago. It’s a mandatory four-of in that particular deck. Given the reduction in Infect, which was generally just better at racing, Ad Nauseam is now looking much more palatable. Most of the other decks in the format aren’t fast enough, and while I’m not clear on how the Death’s Shadow matchup looks, at least their proclivity to reducing their own life total means that drawing your one or two copies of Lightning Storm is a real out.

Beyond Ad Nauseam, Lotus Bloom shows up in Eggs. This has almost completely fallen off the radar since Second Sunrise was banned years ago, but it does manage to occasionally pop up in Krark-Clan Ironworks (KCI Eggs) lists, typically alongside Reshape. There was some additional chatter regarding Bloom during Aether Revolt’s spoiler season, when Whir of Invention was spoiled. Nothing has materialized yet, though the ability to tutor a Black Lotus for UUU has to come in useful somewhere, right? Hierarch on T1, Whir on T2, 7 mana on T3? I don’t know.

Flipping through TCG, SCG, and ABU, I’d say you’d be hard pressed to put together 15 NM playsets of Lotus Bloom right now. I’m not expecting a sudden pop on this in the next couple of days, but it won’t take many more interested parties for supply to hit zero. I like both this an Ad Nauseam (the card) similarly, so whichever scratches your itch (or that you can find cheaper relative to market), really.