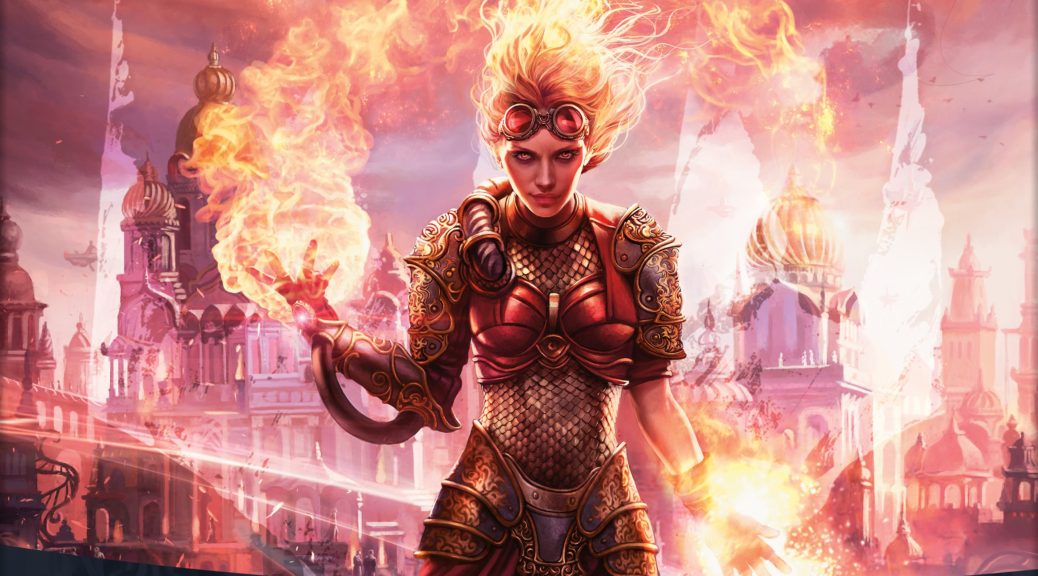 We got three Standard GPs, and while the top 8’s didn’t look too bad, the combined top 32 tell a different story. Marvel made up 43%, which is nowhere near a healthy number at that stage of the tournament. Maybe if 43% had showed up with Marvel, but people that came prepared were beating it, and it was down to 10% or 20% by the top 32 it wouldn’t be as bad. But that’s not what happened, and Standard isn’t looking too rosy.

I suspect they wont’ ban Marvel. After all the turbulence of Standard so far, Wizards really doesn’t want to have to dip in a third time. Tournament attendance is always low during the summer months, so they may just opt not to touch it for the time being. There won’t be as many people showing up to FNM to experience the unpleasantness, and a lot of players are taking a break anyways, so the “Standard still kind of sucks” narrative may be much less likely to hang around on the fringes of player’s perceptions than “Wizards had to ban things a third time.”

Either way, there’s definitely some Standard cards out there that will spike in October, and our goal is to get a bead on them. Meanwhile, Modern is vibrant and healthy, even if Death’s Shadow is probably a little too good, and EDH continues to churn out big gains week after week.

This is an odd one, given how pricey Chandra already is, so bear with me.

Chandra, Torch of Defiance is Wizards continuing to turn the power level up on red planeswalkers to get them Standard playable. They’re getting a lot closer, and Chandra is consistently showing up in Standard at this point. Still, she’s only a one or two-of most of the time. You’ll see one maindeck copy, and maybe a second in the sideboard, or just two in the board. She hasn’t managed to quite make it into the top tier of Planeswalkers, where we see Gideon, Ally of Zendikar and Nissa, Voice of Zendikar.

Today’s Standard is an odd one, because it wasn’t supposed to exist. The entire Battle for Zendikar block was originally planned to have rotated by now, so the interplay between BFZ and Amonkhet was not considered as much as would have been ideal. Marvel is dominating Standard, and it’s a strategy that Chandra isn’t really great in or against, so her current value is extra low. You’ve also still got Gideon, one of the best planeswalkers in Standard ever, exhausting all the the planeswalker slots in every deck that can possibly cast him.

With a current price tag of nearly $20, I’m not advocating you start scooping up copies. Rather, I’m telling you to keep an eye on it. Over the next two to three months Standard prices should start declining as the summer months peel players away from constructed Magic. I’m hoping we see Chandra drop to $15, or possibly even $11 or $12. That’s what I would consider the “as good as it’s going to get” price point. Then, once October hits and BFZ rotates, Chandra will hopefully see a resurgence as the best walker in Standard, and climb to $25+.

Vizier of Remedies has shaken up Modern by adding an easy two-card infinite mana combo. (It also made anyone with a bunch of Shadowmoor bulk a lot of money.) The gruesome twosome is showing up in a few different strategies, and Abzan Company is chief among them in terms of power level. The strategy has been a consistent part of Modern for awhile now, floating between tier one and two, and Vizier has likely pushed it firmly into the tier one camp.

As the name implies, the deck is a collection of small creatures that relies heavily on synergy and a way to put a few into play at a time. Collected Company is the best tool for the job on that front, as you can end-of-turn a game winning pair of creatures into play. It’s a powerful card in the strategy, and I don’t know if I’ve ever seen a list that didn’t run the full set.

Abzan Company isn’t the only place that you’ll find Collected Company either. Elves has taken to it, unsurprisingly, and it pops up elsewhere too. Hatebear, Zoo, Affinity (if you’re Japanese), and various tribal strategies, such as humans and spirits, also all play it. At this point, if you’re playing any green creatures in Modern other than Tarmogoyf, there’s a high likelihood that you’re also casting Collected Company.

As such, I’m a little surprised that it’s still as cheap as it is. $12 isn’t much for the 9th most played spell in Modern (and the most played green spell), especially as a single-printed rare from a spring set. There’s still some inventory out there, so it’s not like it’s going out of stock this week, but it’s not what I would consider particularly deep, especially when people need four copies at a time. I’d start looking for cheap copies now, because as long as it dodges Iconic Masters, I can’t imagine it doesn’t surpass $20.

Pretty straightforward one here. Powerful, amusing, and exciting, all perfect for EDH. It’s a mythic from Eldritch Moon, last year’s summer set, which means there are relatively few copies floating around. At a buck a piece, this is an easy one to grab when they’re available and cheap. Stash them for two or three years, and ship them in 2020. It’s not an exciting spec, but it’s solid and easy.