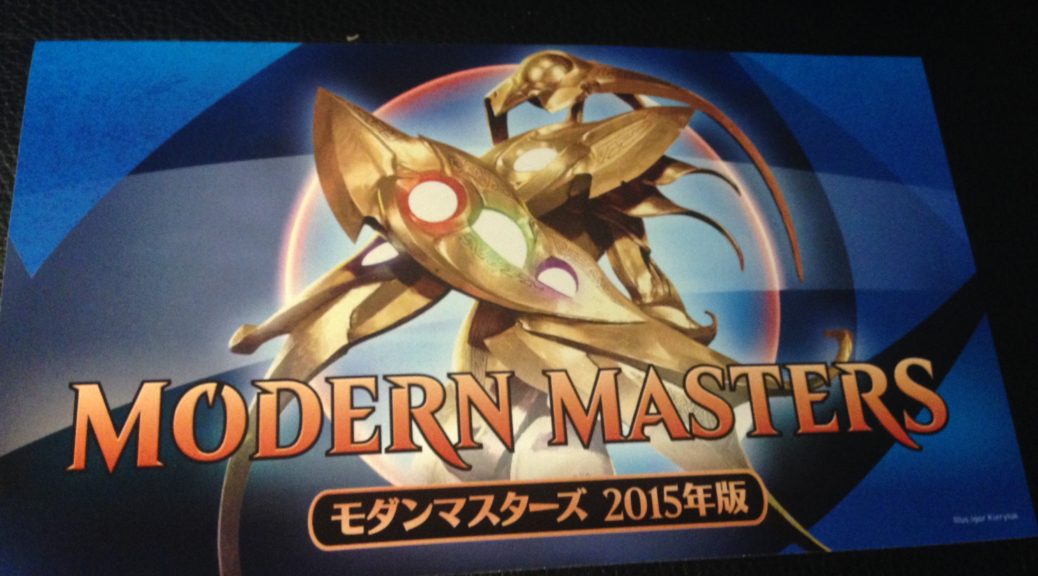 The title of the is article should just be “Do As We Say, Not As We Do.” There is no good reason to be opening a box of Modern Masters 2015, even a Japanese copy.

I’m the first guy to tell you that #mtgfinance really isn’t about sealed product at the moment. Since Return to Ravnica, the limited player growth and increasing frequency of product releases and relevant reprints makes holding sealed product one of your worst options. 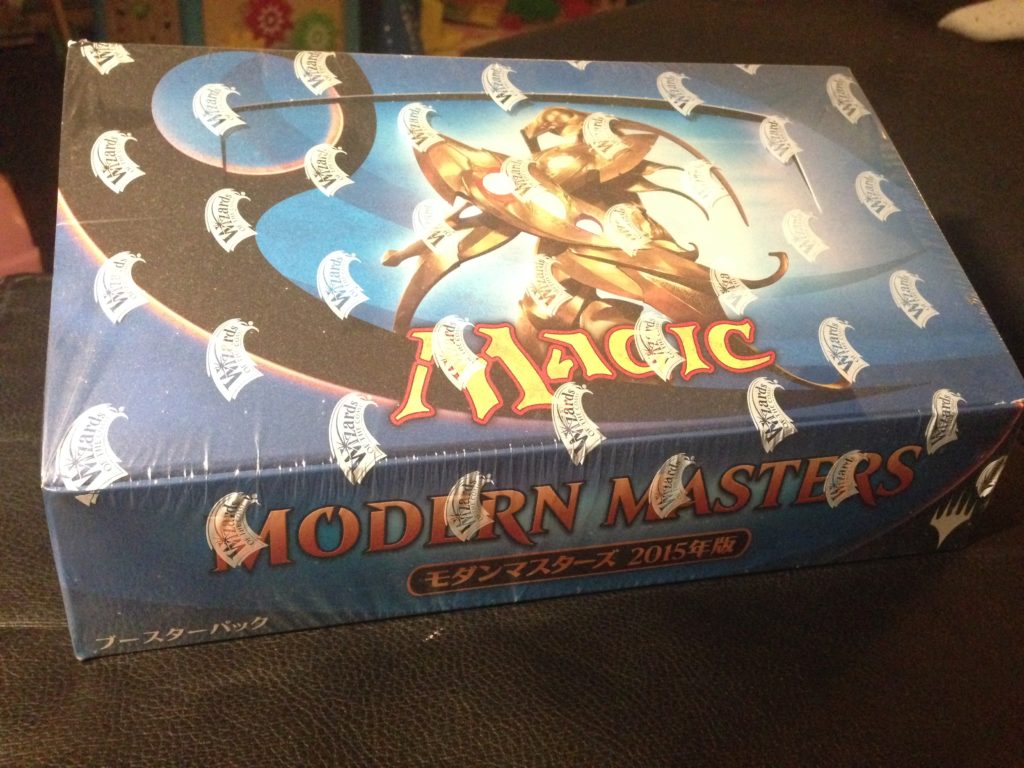 Take this box of Japanese MM15, for instance. It was part of a trio I picked up for about $290/piece from a judge who got them in lieu of payment in Japan and brought them back to Canada. They were dropped off at my front door in the summer of 2015, and I sold two of them about a year later for $380 each (net). That’s $90 on $290, or about 31%, which isn’t the worst, but it’s quite a bit less than what I average on singles (45-65% per annum last couple of years.) That also doesn’t account for this box, which had been staring at me from the corner of my spec closet for weeks.

I knew it was the wrong move. Sure, some of the stuff in this set could get hit by reprints this year, perhaps as early as M25 this spring. And yet, I had just received a couple of offers on the box online, which net fees, would have worked out to about $340. That’s worse than the first two boxes, but still fine. But I just had one of those nights. You know the ones. I’d been totally hands off on Ixalan. Didn’t even pick up my usual Russian boxes, assuming I could find them closer to the holidays for less. In truth, I’d even pulled back a bit on the singles. Just too busy with baby and work lately. “It could have a foil Tarmogoyf!”, said the devil on my shoulder. “No it won’t idiot. You’re just going to end up having to sell the singles for less when you could have got out clean. Weren’t you just sending in buylists to clean up your specs?” said the rest of you.

What can I say? Sometimes even the strongest of wills goes weak and now you get to follow along as we open this thing pack by pack.

Enjoy your tour of a bad #mtgfinance decision. Just don’t make them yourself 😉

Note: Prices on some of these cards are somewhat hard to come by and should be considered to be approximates. Where possible I’m cross referencing TCGPlayer, Ebay, TokyoMTG and Hareruya and using the lowest posted price. Given that our opportunity cost was $340 here, I’d have to beat $14/pack on average to make this worthwhile, and more like $16.25 accounting for normal selling fees of the pulled singles. It gets worse once you realize that unloading the stuff under $5 may not be realistic. Sigh. Here we go! 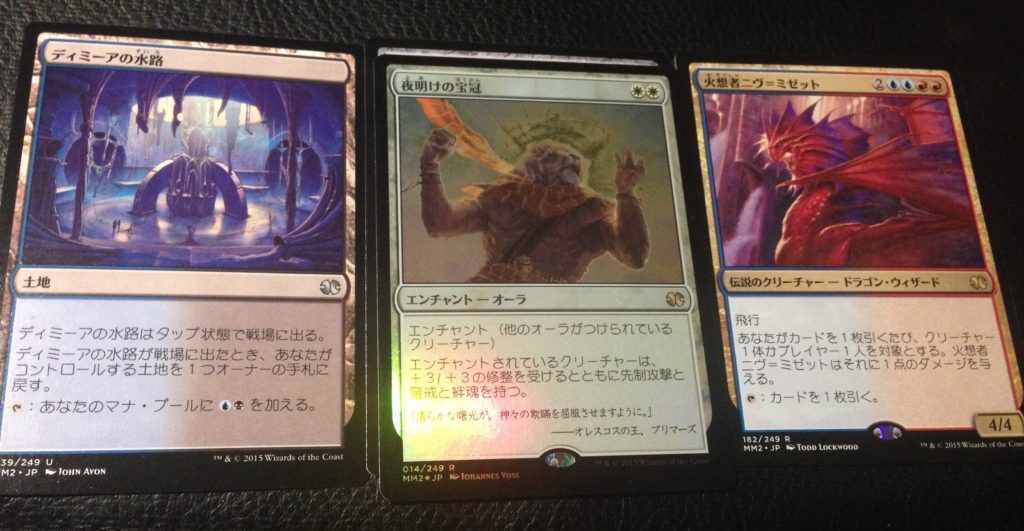 If I played boggles I might be pretty stoked about this pack, but as is, that’s not the foil rare we were looking for (though it is pretty). 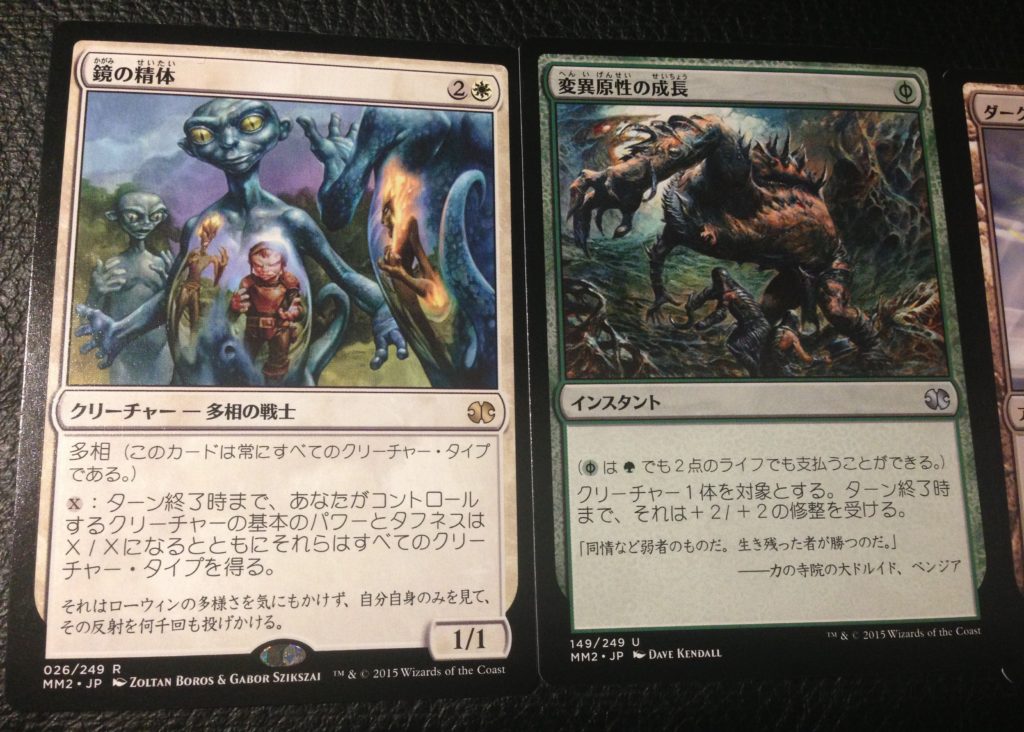 Mirror Entity is not the kind of card you can unload and make money, so that hardly counts. A Japanese Mutagenic Growth is a cool card, but not much better. 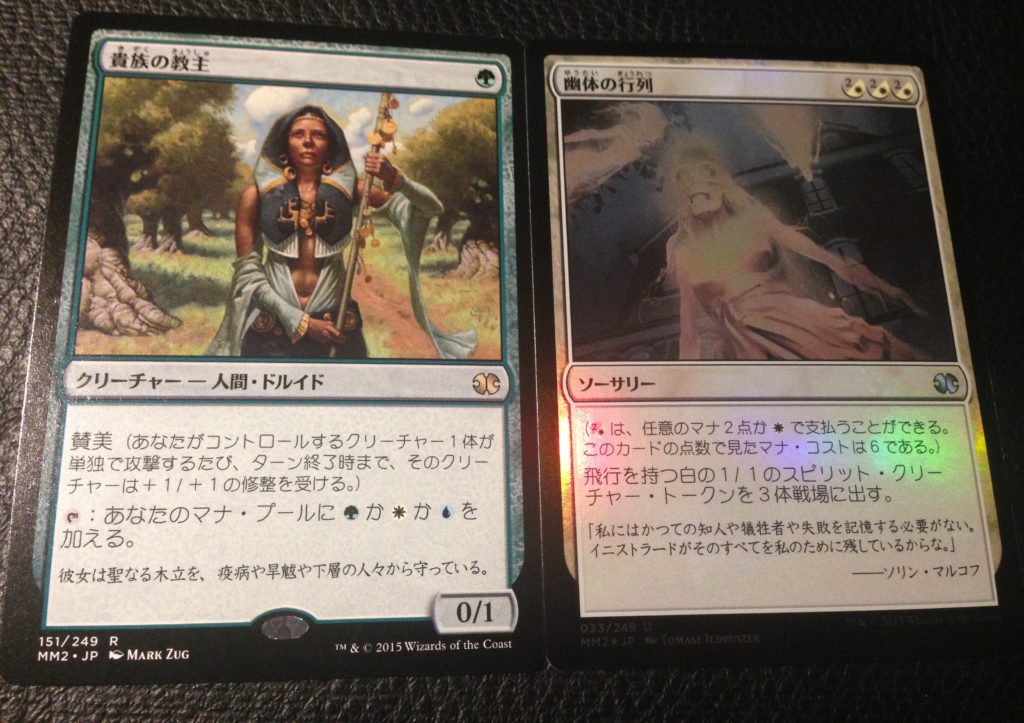 I’ve got homes for this stuff, so no real harm done here. 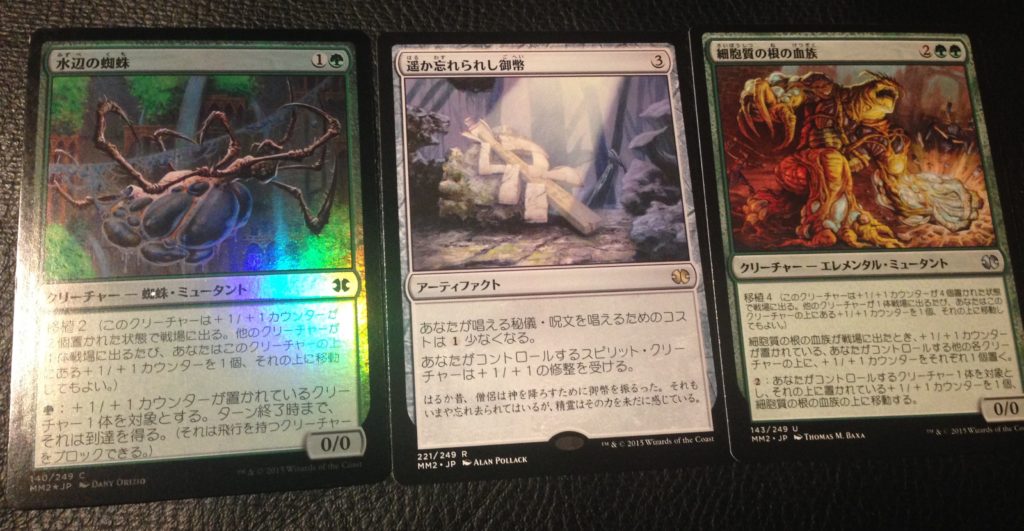 The best part of this pack is that the Spider foil is clearly scratched right out of the pack, which is something I had heard was common in these boxes. Pray that doesn’t apply when we find something tasty.

Ooo, nice. A Japanese Foil Hurkyl’s Recall isn’t going to turn the ship around and return to port sanity, but it’s a twinkly trinket that isn’t very plentiful and should appreciate decently before it sees a reprint despite relatively modest demand. 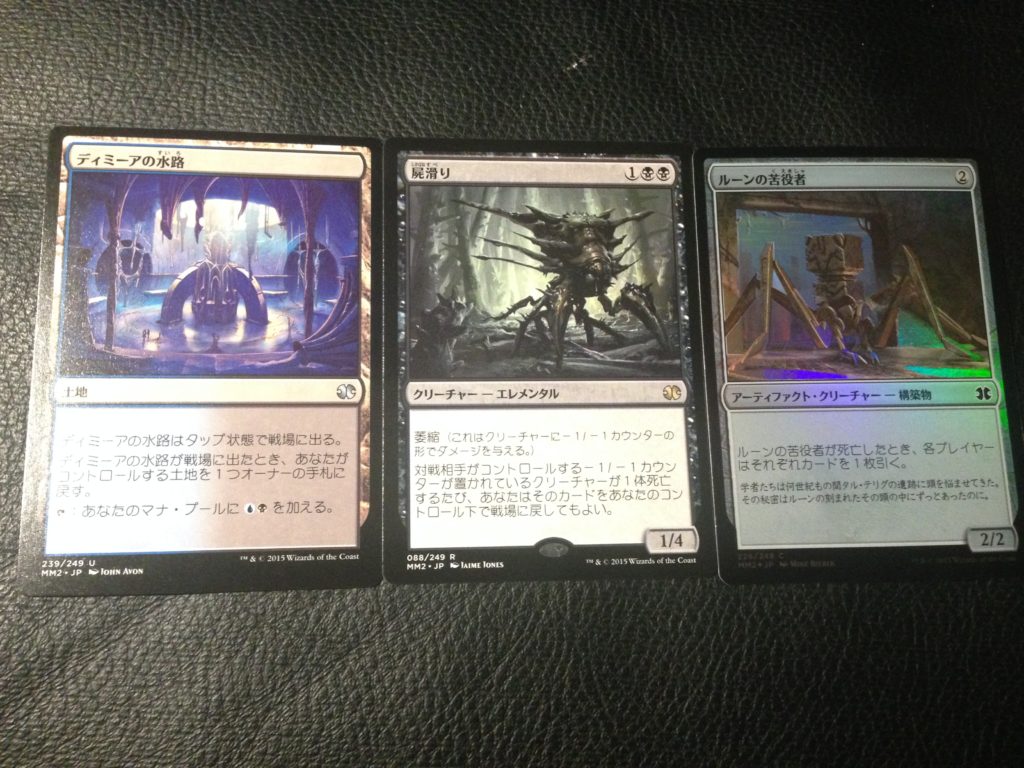 Necroskitter got a bump this year from the -1/-1 focused Commander additions, but that isn’t really going to help this get out of my binders. 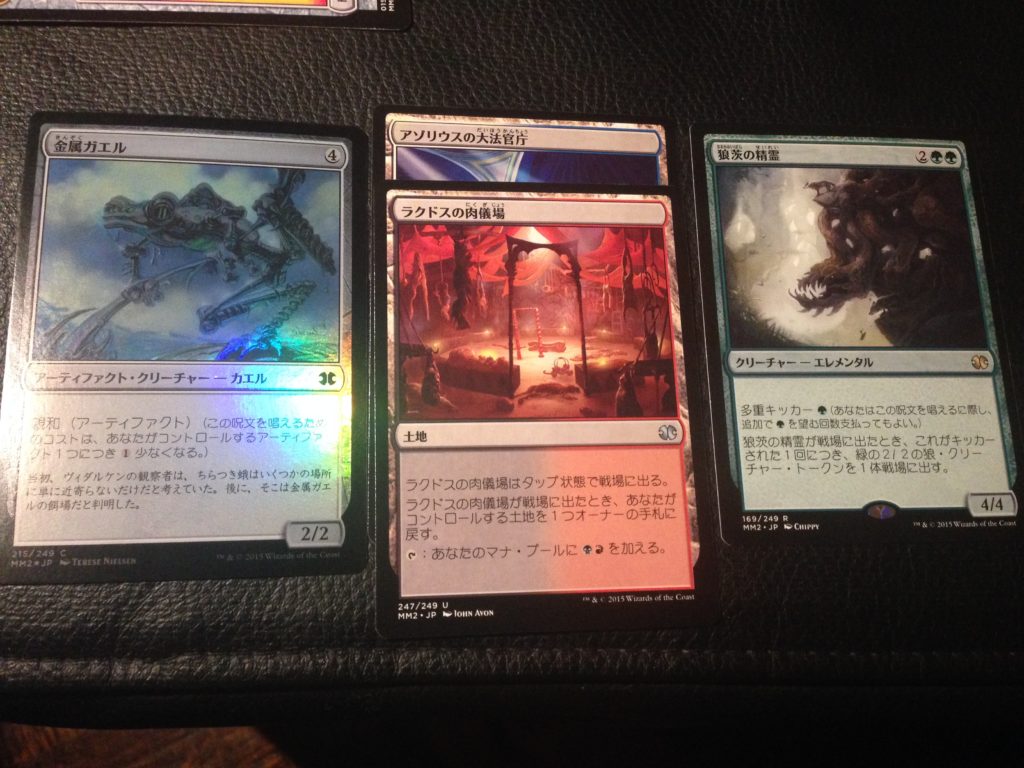 Um, maybe Affinity will switch back to a Myr Enforcer/Frogmite build? Yeah, so, moving right along… 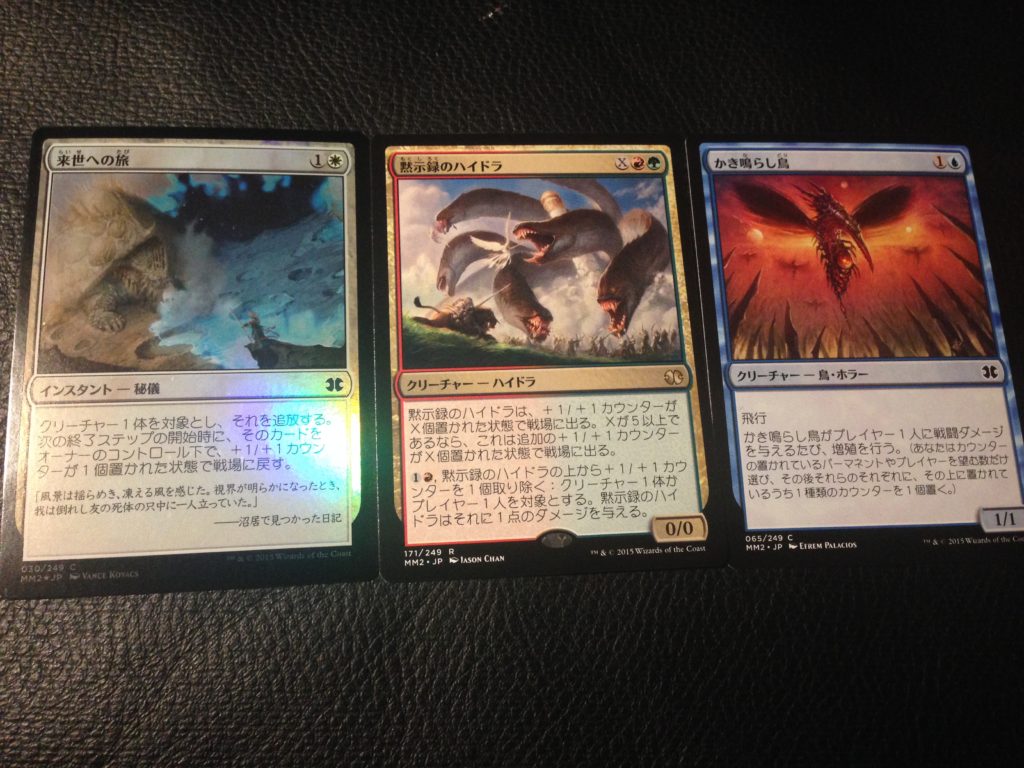 Over 1/3 of the way through and we’re on pace for mediocrity here. 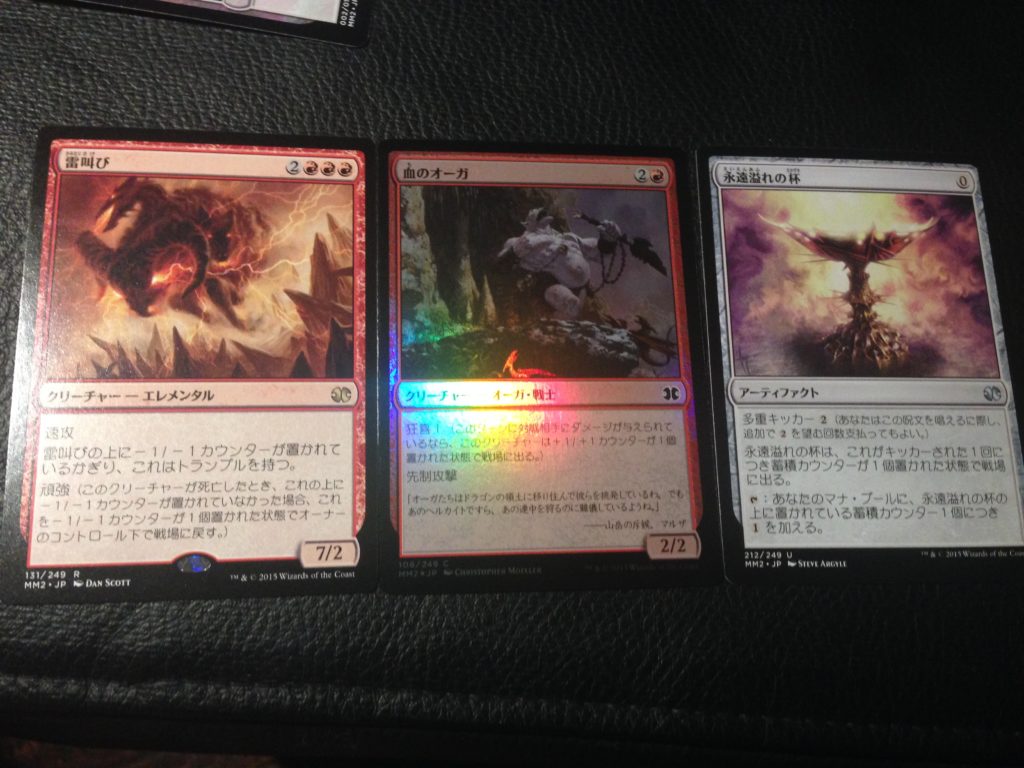 Nothing to see here. I wonder what’s on Netflix. 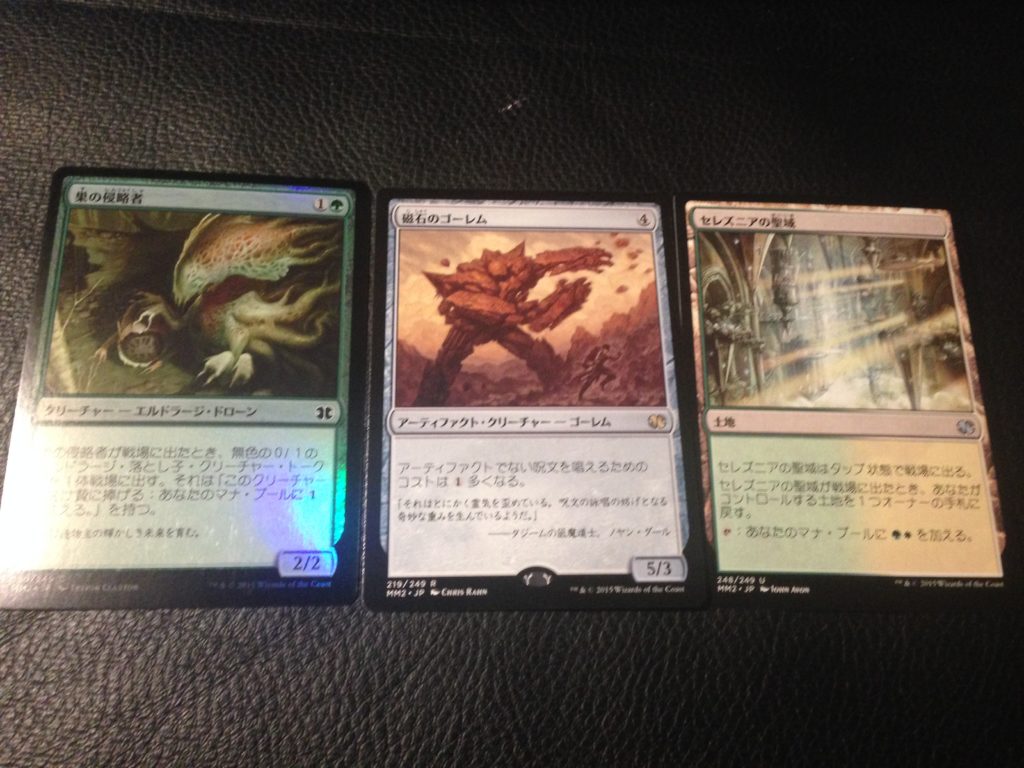 You know what really makes for a pack winner. A Vintage card that’s only allowed to be played as a singleton. Wait, no it isn’t. 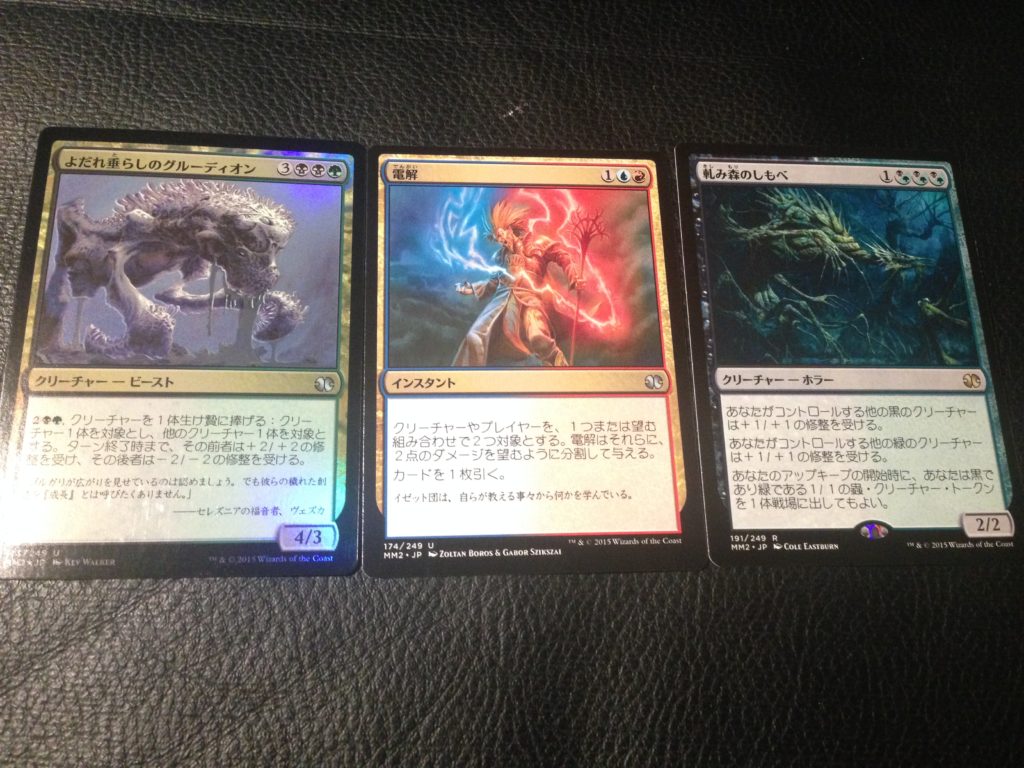 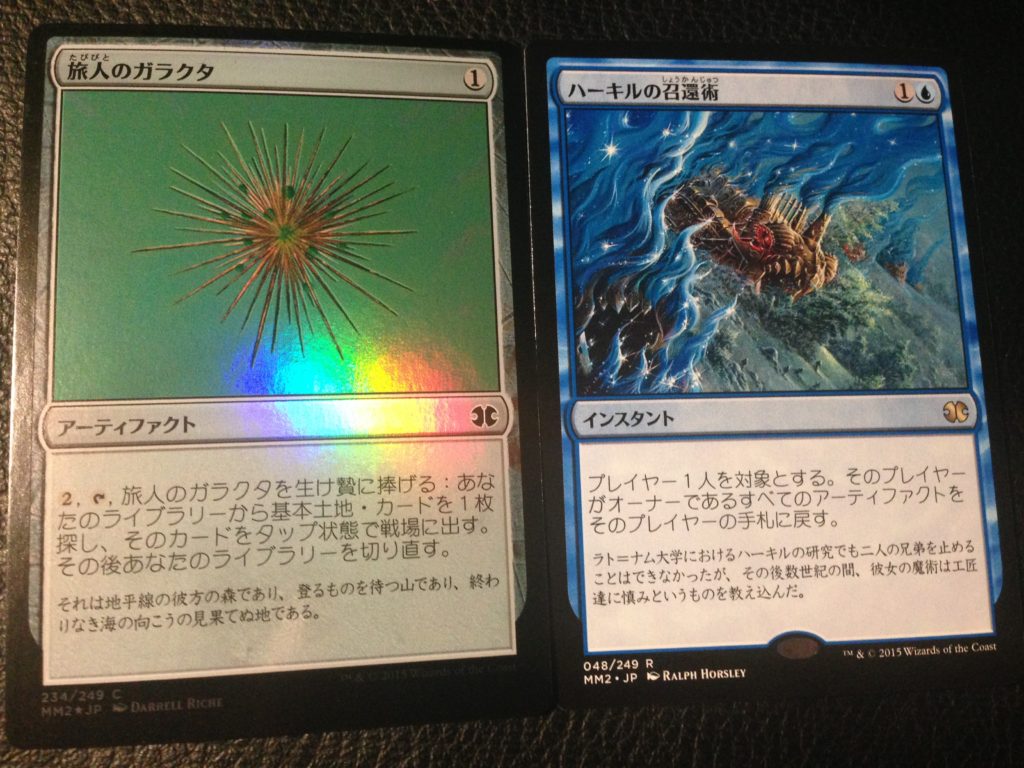 My 11 month old woke up in her crib and sent me a note on the back of her rideable dinosaur. It was just a scribble, but I’m pretty sure it translated to “Daddy, you’re doing it wrong.” 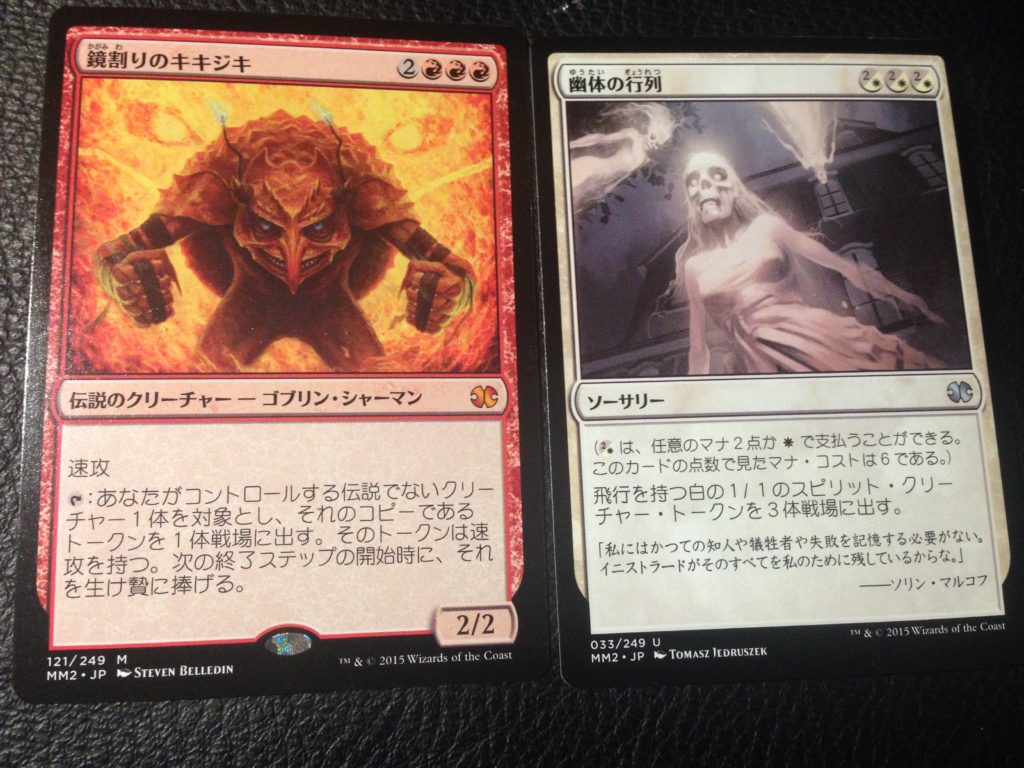 The only great thing about this pack was that it lead me to tripping over an underpriced foil version online that I will use to mop up my silent tears. 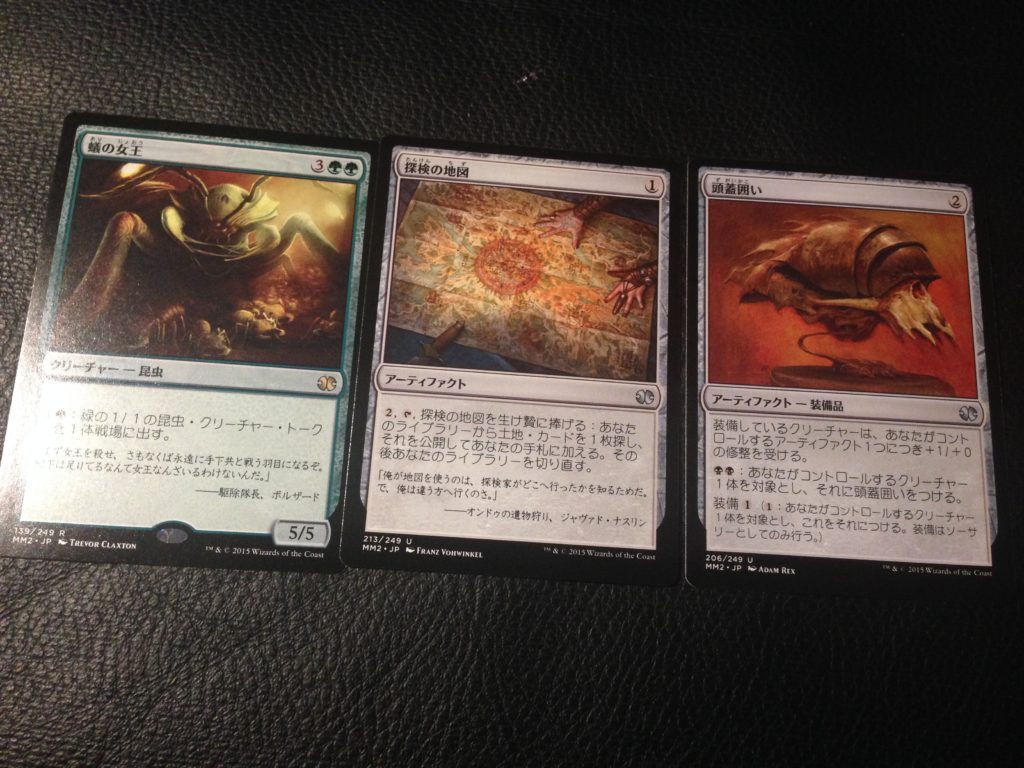 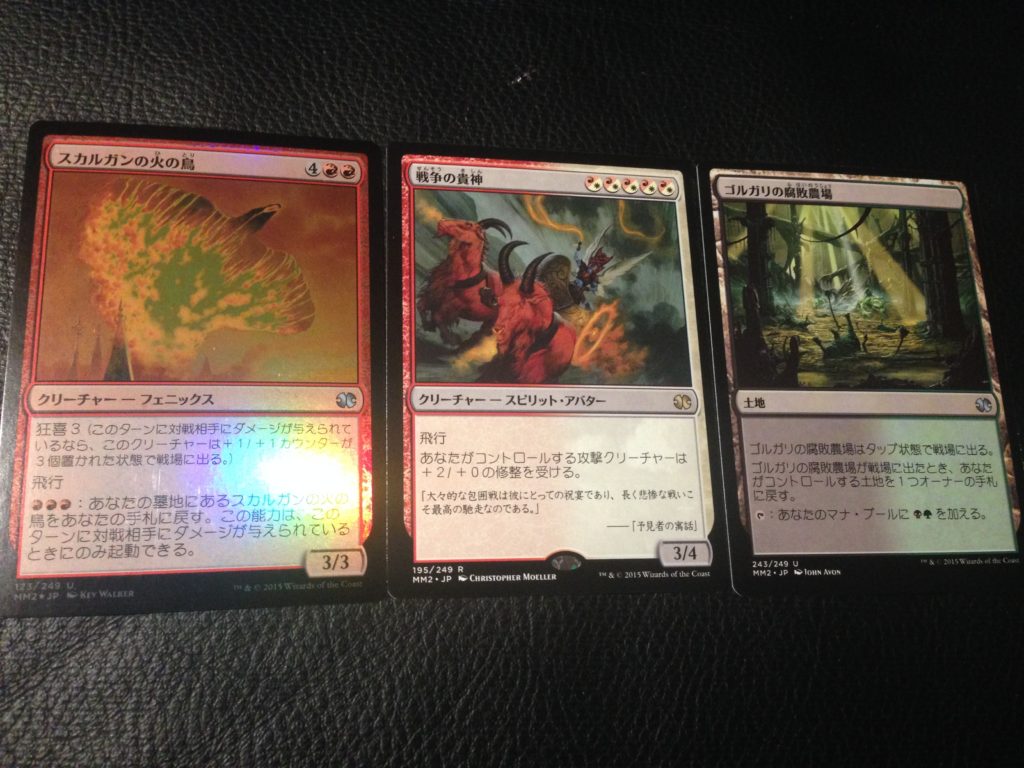 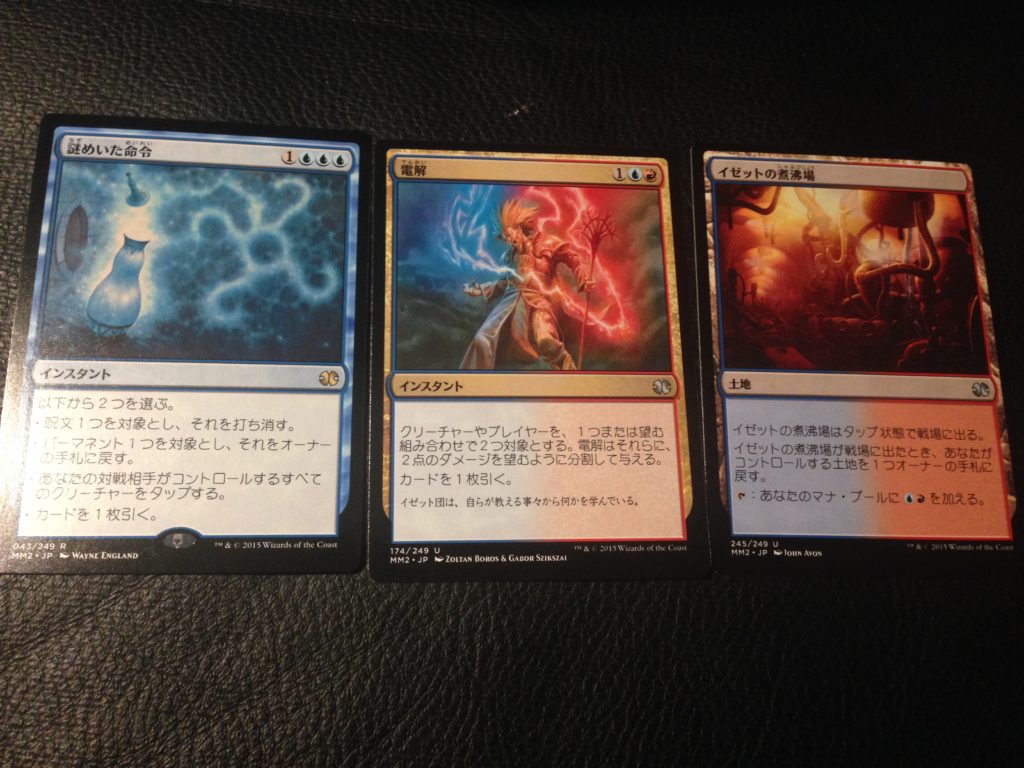 I mean, sure, I could bitch about opening a pack with a rare that just got reprinted with arguably better art in Iconic Masters, but dudes with ten packs of draft chaft on the table in front of them should just shut up and smile pretty for the camera. 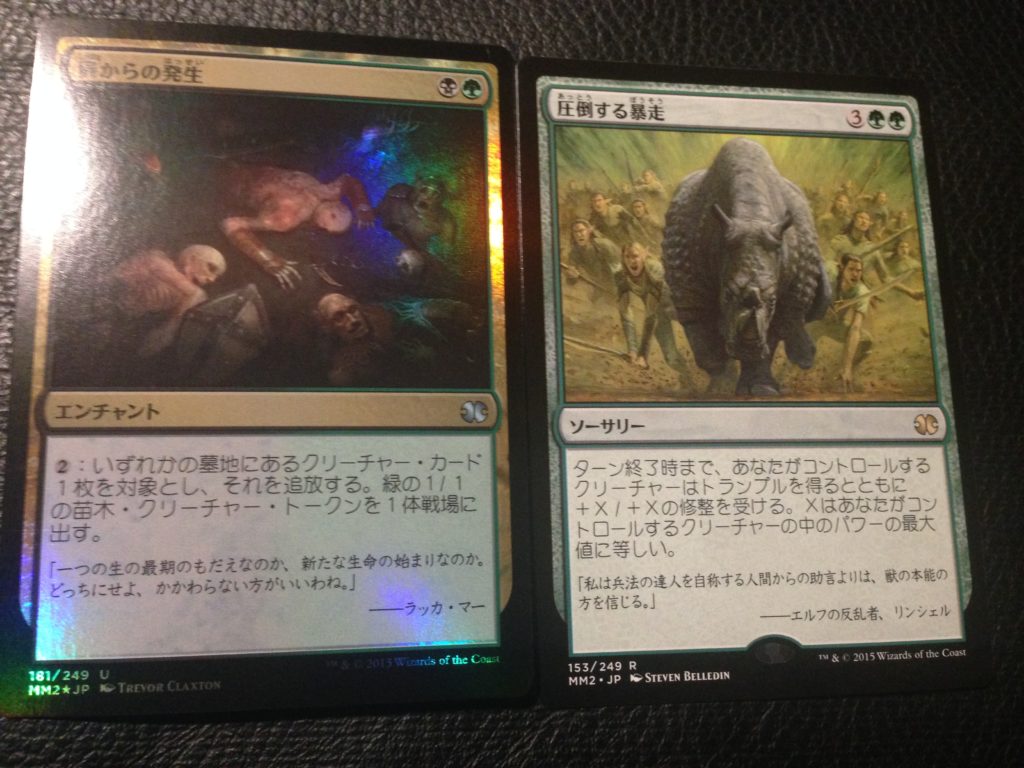 This one time, at band camp, I opened a pack that was worth more than the paper it was printed on. No, I swear. 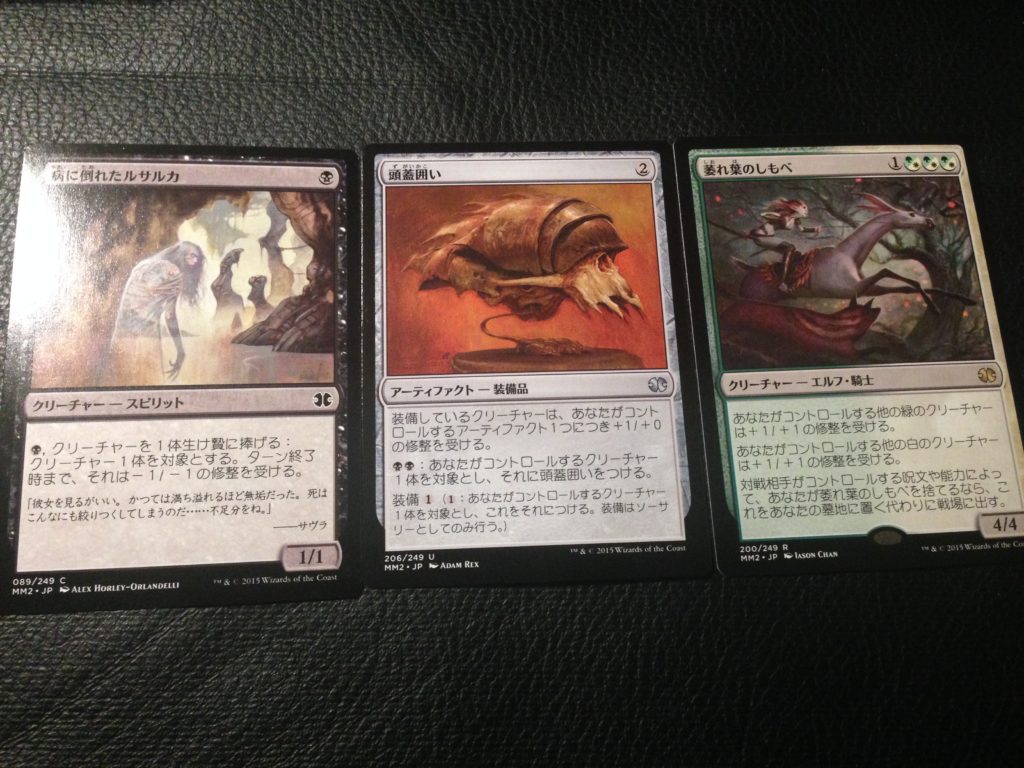 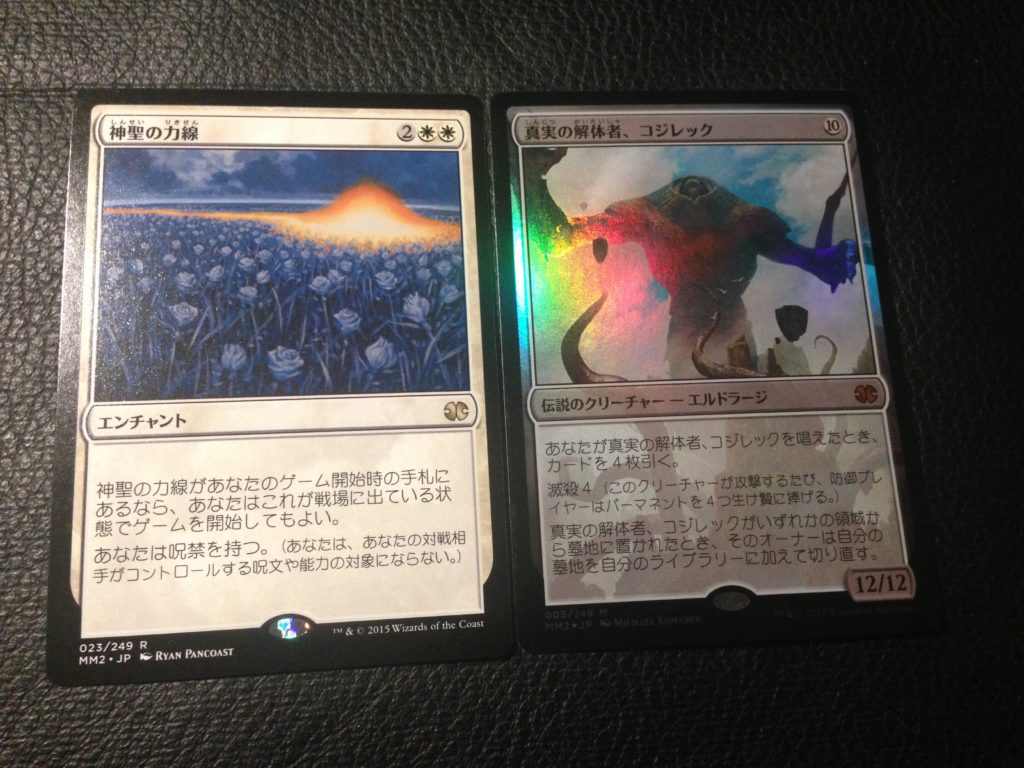 Excuse me while I push my Roger Rabbit eyes back into my ‘noggin. You should always go to the party with low expectations but that hottie you’re into might actually be there, so do still be ready to jump off the roof into the pool when the time is right.  This is the kind of pack you’re looking for when you foolishly open an expensive box of sealed. That Leyline of Sanctity will be a quick flip, because it’s about due for a reprint in the next 12-18 months. Kozilek, Butcher of Truth on the other hand is in 10K EDH decks, and is less likely to see a foil reprint in the next few years. It’s also sold out on Hareruya, TCGPlayer and TokyoMTG, and the only copy on Ebay is an original LP at $120. Pretty safe to say that $100 is a reasonable starting point, and a nice boost to an otherwise underwhelming box.

Japanese Foil Repeal can actually be hard to come by, so that’s a decent little foil. Ulamog isn’t in massive demand these days, but it still shows up in 9000+ decks on EDHREC.com, so I’m sure it’ll find a home. 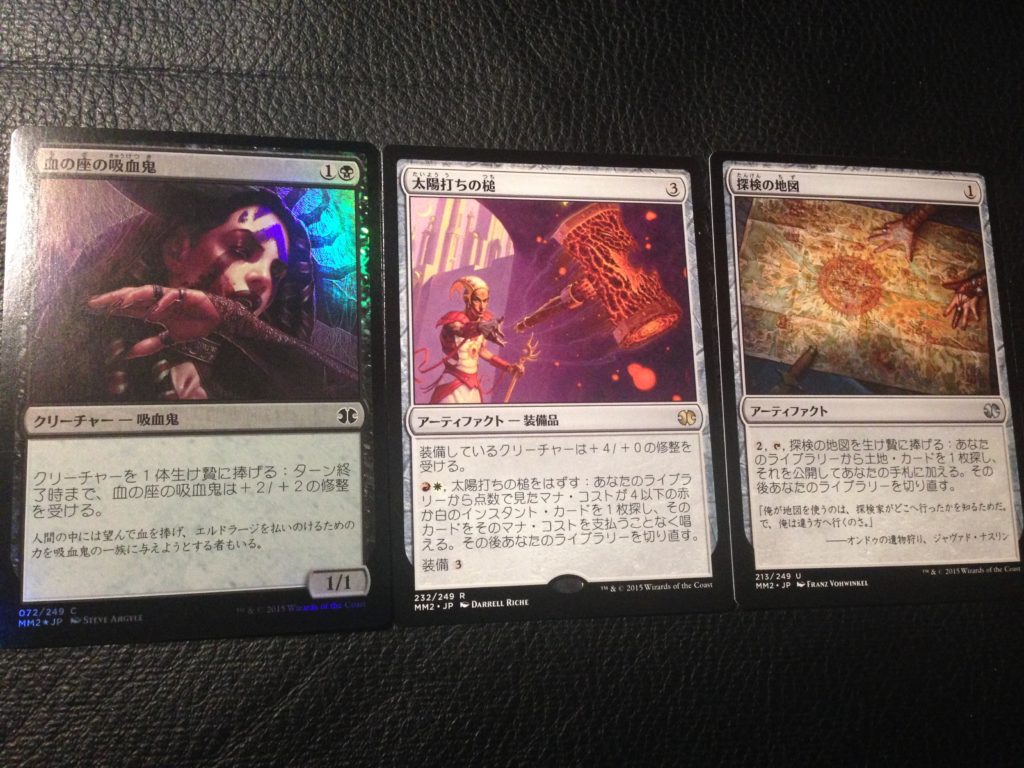 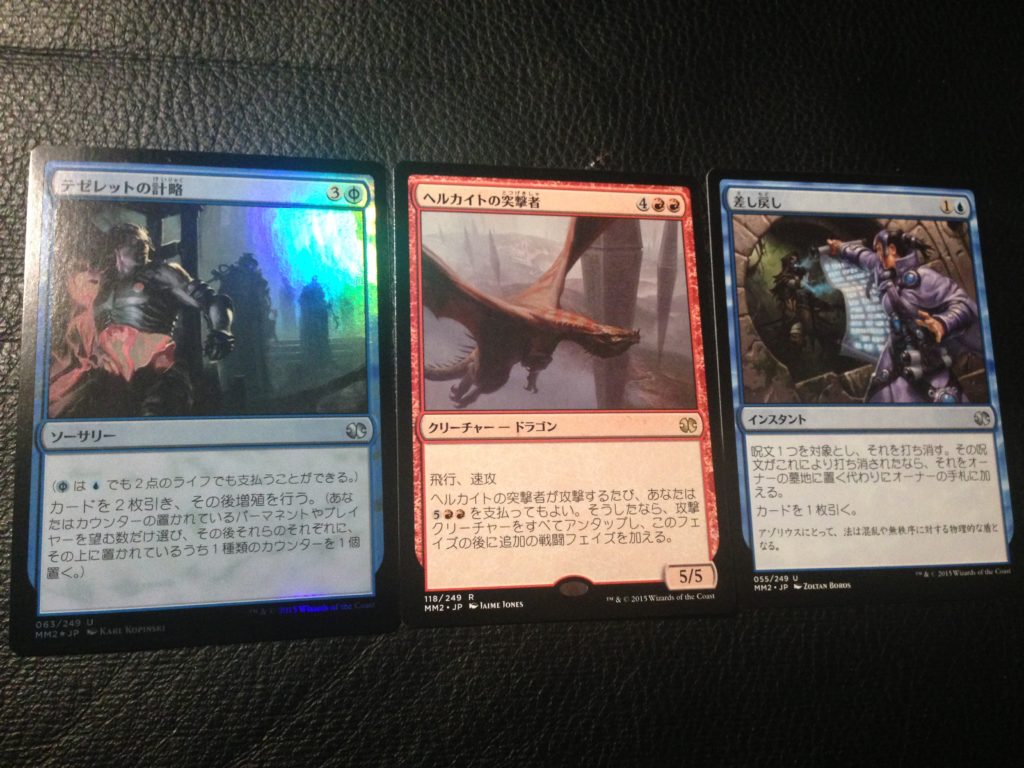 If you’re going to pull an uncommon you can do worse than a Japanese remand with the solid new art. 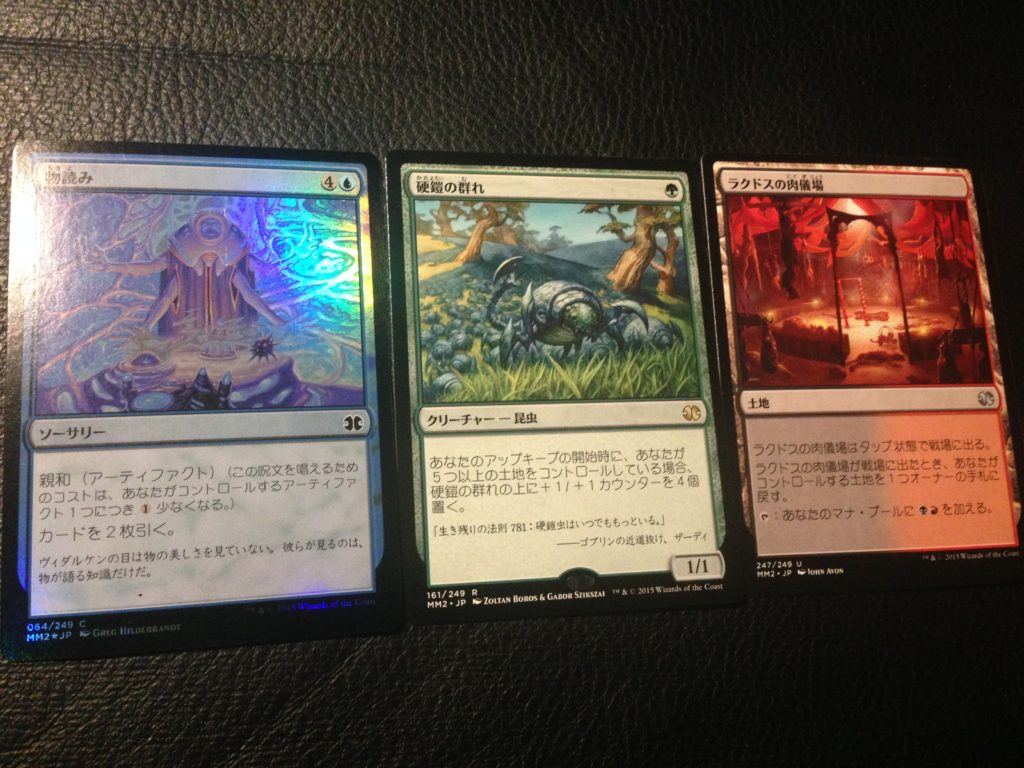 So there you have it. A $290 box that (barely) coughed up $330 or so in total value, that will only be worth $250-270 after the fees, and only then after I bother to sell it.  In other words, for the love of Urza, just leave your shiny boxes alone and go buy some Bitcoin. 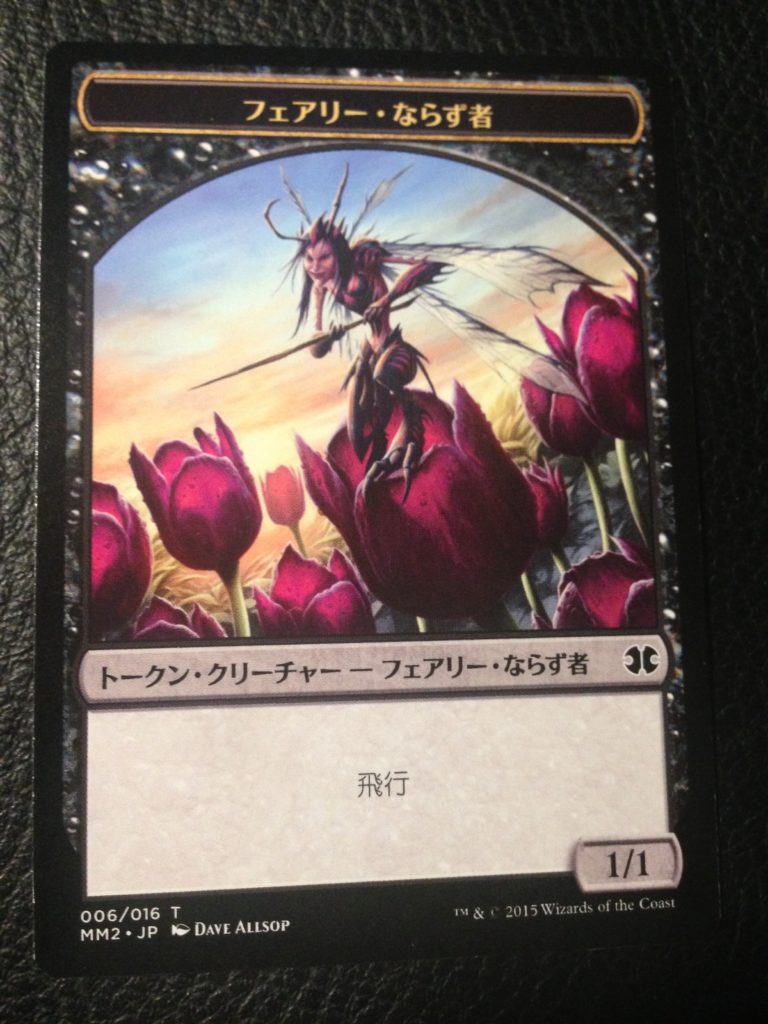