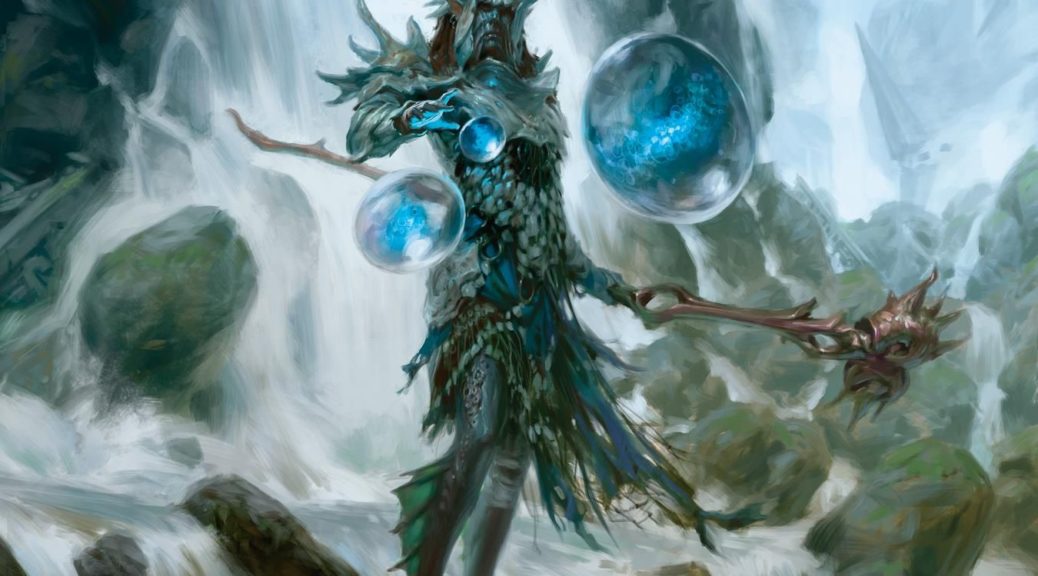 Between Rivals of Ixalan’s arrival and the ban list update, Standard got quite a shakeup. This is no more apparent than in the top 8 in the SCG Standard Classic, which saw two copies of Mono Red (obviously), the return of Mardu Vehicles, two different takes on dinosaurs/big monsters, and in a callback to Theros, WU Auras. Tenth place even had a full set of Favorable Winds(!?). Standard certainly looks promising, as any week one event that ends with two red decks in the top two slots means that nobody has figured out the actual best deck yet. Given how many Ghalta, Primal Hungers were floating around in the top 16, I have high hopes.

Meanwhile there’s a Modern Pro Tour in like, two weeks. First one in awhile. That should be fun. It’s the first Pro Tour I’m likely to watch, since uh, probably the last Modern Pro Tour. The format may be terrible for Wizards’ bottom line, but it sure is fun to watch!

One of the decks that seems to have gained the most ground in the last few months in Modern is Baral Storm. Whether you’re playing the Gifts version or not, it’s definitely been gaining metagame percentage for awhile, and is now one of the top ranked combo decks in Modern. Things are only looking better for the deck with Blood Sun, which allows it to play main deck pseudo-Blood Moon without disrupting it’s own mana base, while also cantripping in matches where it isn’t useful. Will Blood Sun actually make the deck? Got me, but it’s a new tool at their disposal.

A Modern Pro Tour is coming up, we know that. We also know Storm has been targeted by bans like eight times or something silly in Modern’s history, yet still exists as a tier one list. We also know that it’s a favorite of HoF-caliber players. Finkel has shown up with UR Storm at like every Modern Pro Tour? Or close to it. Having the best players in the world on an archetype is going to make it look good, even if it’s not.

Between the rise in the strength of the deck since Baral’s printing, and a few conditions on the immediate horizon that could trigger price spikes, I wanted to find somewhere the money could go. Right now I’m liking foil Desperate Ritual. It’s the best fast mana in the deck, and we haven’t seen any copies since 2013. Depending on whether you’re looking at MMA or COK, prices are in the $5 to $7 range. If Storm does well at PT ROI — especially with Blood Sun, which will get people more jazzed to try the deck than if it didn’t have a cool new card — we could see foils empty out, and I’d expect prices to land in the $12 to $20 range if that happens.

Modern certainly looks different than when I was playing regularly. Humans has become a legitimate tier one deck, and is possibly the second-most popular aggro deck in the format. I remember reading Sam Black’s theoretical article on the topic way back when Mana Confluence was released. Wild.

Anyways, it’s looking like the consensus list has four Chris Pikula’s main these days. It’s not surprising, as the card is a kick in the teeth for any combo deck and some amount of irritating for everyone else. Add in that it’s on theme with the tribal component, and you can lead into it with Kitesail Freebooter to see what’s in their hand, I understand why it’s a mainstay in the deck.

Non-foil copies from Alara and Planeshift have hit about $20, which is certainly a change. I remember the ALA copies costing $3 or something. Foil PLS copies haven’t been cheap in forever, but ALA copies have hung around $20 for some time. They’re still just above that, but with non-foils starting at $17, that gap is going to widen soon. We’ve seen this trend before. A card grows in popularity as part of a good deck, and demand is based on people playing the card in tournaments. Non-foil prices move first, and eventually catch the foils. Players start buying foils because why not, and then the foil price jumps out ahead by 25 to 100 percent.

Meanwhile, the Judge foils are sitting over there at maybe $35. With ALA pack foils at $22 to $25 and primed to move hard, Judge copies are tempting. Especially because A. they’re fairly old (a single run in 2006), and B. they look cool. I don’t think it’s unreasonable to see the Judge copies hit $75+, especially if Humans has a good run at the Pro Tour.

I’ve always got to check in with EDH for at least one card. One of the hot decks right now is Merfolk, helmed by ROI release Kumena, Tyrant of Orazca. Sounds like a friendly guy. Normally I wouldn’t expect a UG creature to be a tyrant, but hey, that’s why I’m not on the Wizards flavor team.

Kumena and his new slew of merfolk is driving people to the tribe in 99 card decks. The community has flirted with merfolk a few times, but the commanders have never been strong enough to stick. Kumena may change that. He makes commander damage easy, he’s a card drawing engine built in, and even permanently powers up your squad. Pair him with Merrow Commerce to completely take over a game.

If you’ve been listening to MTG Fast Finance (and why haven’t you? We just had @ToddStevensMTG on to talk ROI) you’ll know that a few merfolk cards have jumped since Kumena was spoiled. One hasn’t so far that I think is a good choice, and that’s Deepchannel Mentor. He’s a little pricey at six, but essentially makes your entire team unblockable. Considering that Kumena’s third ability is all about powering up your squad, and every Kumena build is going to be running as many Seedborn Muse effects as possible to abuse this, you’ll be able to turn your 12 dorky merfolk into a serious threat awfully quick. If you’ve got ten or fifteen guys on the field and drop a Commerce or Seedborn, tap your team twice a turn for three turns, then cast Deepchannel Mentor, everyone is going to be dead on the spot.

Deepchannel is another old merfolk, and foil copies were sparse before Kumena showed up. If you can catch them under $3, which is still possible, they should be good for $10 before long.