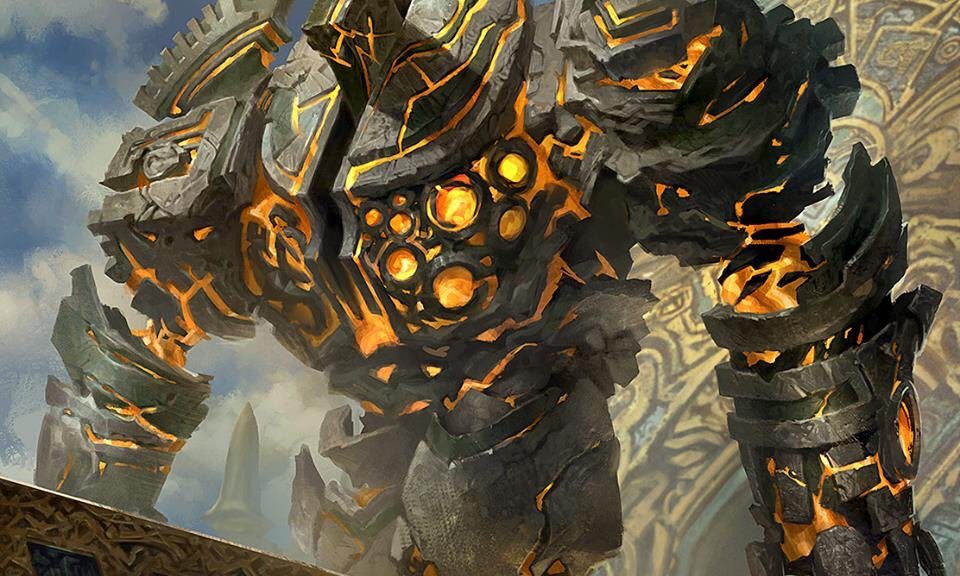 Dominaria was officially legal as of Friday, and it certainly made its presence known across all formats. Standard saw considerable card additions, with Tereferi, Karn, Lyra, Seal Away, and Blink of an Eye, among others, finding their way into main decks. Of course there were still five red aggro decks in the top eight of the SCG team constructed open, but it’s opening weekend, so that’s to be expected.

Modern and Legacy saw pips of Dominaria as well, with Karn especially making waves in Legacy. Pair all of this with Dominaria having the largest prerelease of all time and the set looks like it’s a smashing success by most metrics.

Two deck archetypes stole the show in Standard this weekend; UW control and red-based aggro strategies. UW control was roughly what you would expect; a few copies of a planeswalker, a top end creature to close out games, and a pile of removal and permission. Red strategies were either vehicle-heavy or not, but all had the same general goal of using Mountains to get ‘em dead quick.

Outside those two, there was a fair bit of green midrange at SCG. We also had a Standard MODO PTQ fire Sunday, which contained a lot of green decks, with varying levels of aggressiveness (although all were certainly trying to punch you hard.) An important factor here, and one of those tweaks that can spell a world of difference between our universe and alternate-universe Standard, is the presence of Llanowar Elves. We haven’t seen these guys since their doppleganger Elvish Mystic in Magic 2015. The presence of a unconditional one mana dork has many ripple effects.

One of those is how easy it is to play three drops, especially YGG cards. Elvish Mystic was powering out Courser of Kruphix constantly in Theros Standard, and I suspect we’ll see him slamming Jadelight Rangers constantly as well. On turn two you’re putting down a 4/3 that scrys one, or a 3/2 that draws a card and probably scrys one, or a 2/1 that draws two cards. A turn two 2/1 that draws two lands when it comes into play? I’m getting sweaty over here.

Clocking in at $9 or so, Jadelight Ranger is hardly an unknown quantity. Still, there’s room to grow there. Remember that Ixalan is missing the Masterpieces series, which means singles prices will be inflating in a way we didn’t see with Kaladesh or Amonkhet. If Jadelight Ranger becomes a pillar of the format as a backbone for all Gx decks, we could see a legitimate $15 to $20 rare in Standard again.

Not one, but two Standard cards? What world are we living in? It’s amazing but Karn had one hell of a weekend, both at the SCG Open and on MTGO. Most of the spectrum found a use for Karn, from midrange to Standard, colors be damned. We shouldn’t be too surprised; he’s a colorless four mana planeswalker. Even if he were weak to average on the power level scale every deck could decide if they could make use of his abilities. Karn isn’t weak though, which means not only does every strategy get to consider him, many will find use.

Perhaps even more remarkable is that Karn wasn’t just showing up in Standard. Both Mono-Red Prison (third) and Colorless Eldrazi (sixth) were casting copies in Legacy. Seeing Karn hit the tables in Legacy the very first weekend he’s available is definitely worth paying attention to. You know who else did that? Liliana of the Veil. Is Karn as good as LotV? Almost definitely not. But there’s a lot of room for him to be worse than LotV and still an absurd card. And while I haven’t seen him in Modern yet (not that he hasn’t shown up at all), I suspect he’ll make the journey. After all, if Legacy Eldrazi is making good use of him, I’d expect the Modern version to do the same.

Considering all of this, does that make Karn a buy at $35? That’s a tough sell. I don’t think you can spec on him here. Maybe at $25. $35 is too rich, too fraught with risk, to spec on. At least, too rich to buy twenty copies of. What about your personal playset? What about trading away your other brand new Dominaria cards for a copy? Those are much better ways to approach this. It appears there’s room for Karn to flex up to $50 in a set without anything approaching Masterpieces, though fair warning, it’s far from guaranteed.

I would be irresponsible if I didn’t find room for at least one new card for all the commanders Dominaria has bequeathed unto us. A set packed with legendary creatures is going to put a lot of new builds on the table, and build EDH players will. Keep in mind too that we’ve seen EDH players lag behind the rest of the world when it comes to purchasing cards. When Vampire Hexmage was spoiled in Zendikar, competitive players jumped on Dark Depths before the set was legal. EDH players are snap buying Spore Frog when they see Muldrotha spoiled though. They’re waiting until they end up with a Muldrotha in hand, then going through their binders to see what they’ve got for the deck, and then deciding if the want to add anything to the list. It takes time, and as such, there’s a slower ramp up for new commander staples. (Except for the ones speculators pounce on, like foil Secrets of the Dead.)

We’re truly through the looking glass now, with my first two cards this week being Standard driven, and my third hailing from Ice Age. Yes, ICE AGE. That Ice Age. The one that, pound for pound, is cheaper than firewood. The scourge of vendors and bulk managers everywhere, who buy 50,000 card collections and find 48,000 cards from Ice Age, Homelands, and Fallen Empires. One of the most feared set symbols out there for a subset of individuals.

And yet…Mystic Remora. Currently in 11,000 EDH decks on edhrec.com, putting it in the top 40 most popular blue cards in the format. (And that’s a competitive color, let me tell you.) It’s also a signature card in the most exciting, brand new commander of Dominaria. And finally, supply is…dwindling? There’s forty-ish vendors on TCG. SCG is out of NM copies, though they’ve got a pile of SP ones.

Floating at $1.50 to $2, these are cheap, but not free. If Muldrotha catches on as the next big thing, two things will happen. Every person that wants to play Muldrotha will add Mystic Remora (apparently). And everyone in the EDH scene who previously was mostly unaware of Mystic Remora will learn about it as they encounter it in the wild, and some of those players will be inspired to go pick up a copy for themselves, for whichever deck needs it. This is a double dip of demand that only particularly old cards get to enjoy. (Come on, Marton Stromgald.) Will Remoras hit $10? That definitely sounds like a stretch, but in a world with $2,000 Tabernacles, $8 Mystic Remoras don’t seem as absurd.