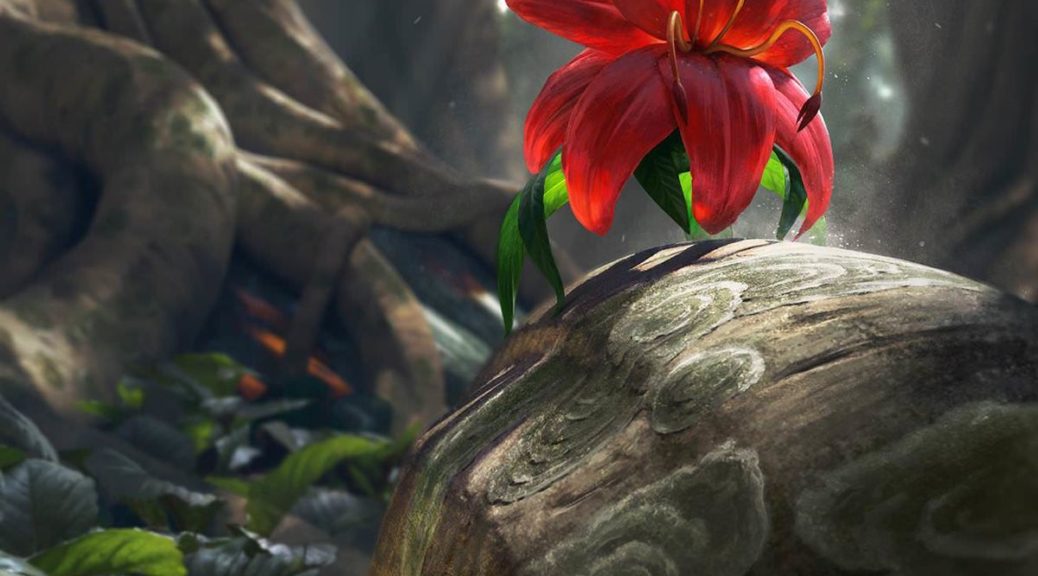 About twice a year, someone at my shop asks me if I’m *that* Cliff and I get to talk about either hot tips or the newest spikes in price. I like to take that opportunity to ask what I should be writing about, since my perspective is, well, just one among millions.

That happened this week, shoutout to Matt, who nominated this topic: What happens during these random-ass price spikes that have been happening at an incredible pace for the last three years?

Let’s take a trip through what happens in a buyout, and examine a test case.

We’ve seen a ton of these. My favorite is Narwhal.

Yup, this super-bulk rare, once overpriced at 25 cents, is now actually being bought on Ebay for about $1.50-$2. There was a brief shining moment where the listed price hit ten dollars.

These spikes are nuts, and mostly artificial. The psychology of it relies on greed, and the fear of missing out. The idea is that you don’t want to miss out on the easy money. (Another time, we’re going to get into details of how it’s not really that easy in most cases, but Travis’s seminal article My Spec Quadrupled and I Made 75 Cents Each tells a lot of that story.) If you buy it RIGHT NOW then you’ll be able to sell into the ongoing hype!

You also need to understand the methodology that we use (and other sites use as well) as price aggregators. We trawl TCG and other major retailers for what price they are buying and selling at, looking for changes from yesterday’s data.

A single store/organization, even the big ones like a Star City or a ChannelFireball, has a finite number of copies, and when those are gone, they are listed as sold out. There’s literally no price information, so that’s a piece of data which gets lost.

The data that remains is the current price listed. Not what the card has sold for, but what people want for it, and that’s a very important distinction.

Speculators have to decide how hard they are going to go after a card. You’ve likely heard us on MTG Fast Finance talking about the available copies on TCG as an indicator of supply, demand, and the third factor, individuals who bother to sell on TCG. Most players don’t sell there, but those who do are helping set the market. If the investment is made to buy out most/all copies of a card, only the most optimistic of prices is allowed to remain.

Price aggregators look at the range of prices available, but algorithms aren’t able to monitor completed sales yet, only look at what’s listed for sale at that moment. So a speculator buys up all ~150 copies of Narwal at let’s say $1 each. Then it spikes to ten because only the speculator’s $10 copies are still for sale, and the circle is complete.

Don’t overlook the non-near-mint cards when evaluating a market. If the NM is listed as being $20, but the LP version is still $5, then you know something’s up.

With the concepts clear, let’s do a test. We’re looking for a card that has low supply on TCG, low stock in other places, and has an attractive price. Matt suggested this card, and he’s on point: Life and Limb.

It’s a rare from Planar Chaos, those many years ago. It’s foil.for those who like that, it’s not on the Reserved List, but it can be abused in lots of ways, plus it’s big for a recent trending Commander: Slimefoot, the Stowaway.

Let’s look at Ebay’s completed sales, because we want to see what it’s selling for, not what people are asking for it.

Let’s check in with a couple of other retailers.

I want to add that Card Kingdom has two ‘VG’ available at $17, eight ‘EX’ at $23, and two NM at $28, I just don’t like how they display the versions available. Too much clicking for my tastes.

With this data in hand, we can say this card is poised to tip over, because there’s very little stock under $20. A few hundred bucks and there’d be no copies left under $30. There’s not likely to be a lot of these in binders, but given the small supply of Planar Chaos foils and just enough casual appeal…Most players aren’t going to dive for their Commander decks and dump a spiking card onto the market.

Our speculator buys up all the sub-$30 copies on the internet. So the only prices left are the expensive ones, the most optimistic of the TCG player listings. And Star City, for that matter.

If you’re investing in a random card like this one (not too random, given that there’s not many left and most people want top dollar for it) your hope is that the buylist price makes it high enough for this work to be worthwhile.

The aggregators can’t see any prices under $30, and now the average list price is going to go up, because it’s averaging the prices of the most optimistic TCG sellers.Eventually, the low-priced ones are all gone, leaving only the people who were hoping for a spike that have theirs listed at $60 or whatever.

So now there’s price alerts all over, that these foils have doubled in price. Those who still have theirs listed (the most optimistic) will then raise their prices, mostly, because they don’t want to sell too soon.

The speculator would really like to have the buylist price at stores go high enough that the extra copies can be sold to them in large amounts. Individual cards sold on eBay take forever and the cost of shipping and insurance is all on you.

Whether or not the speculator sells out into the hype, the price will trail downwards. We saw this with Narwhal, but here’s the important thing: the card is now $1.20 as opposed to the original price, and we’re something like 75 cents in pure profit each.

Also note the rapid decline, you either sell out fast, or you’re holding for the super long term. Our speculator might take either route, and there’s no telling which you’ll do at which time.

If you have enough copies, the best play is to sell enough to cover your initial outlay of cash and then sit on the leftovers for a long time as pure profit. Your future might depend on it!

4 thoughts on “Anatomy of a Buyout”