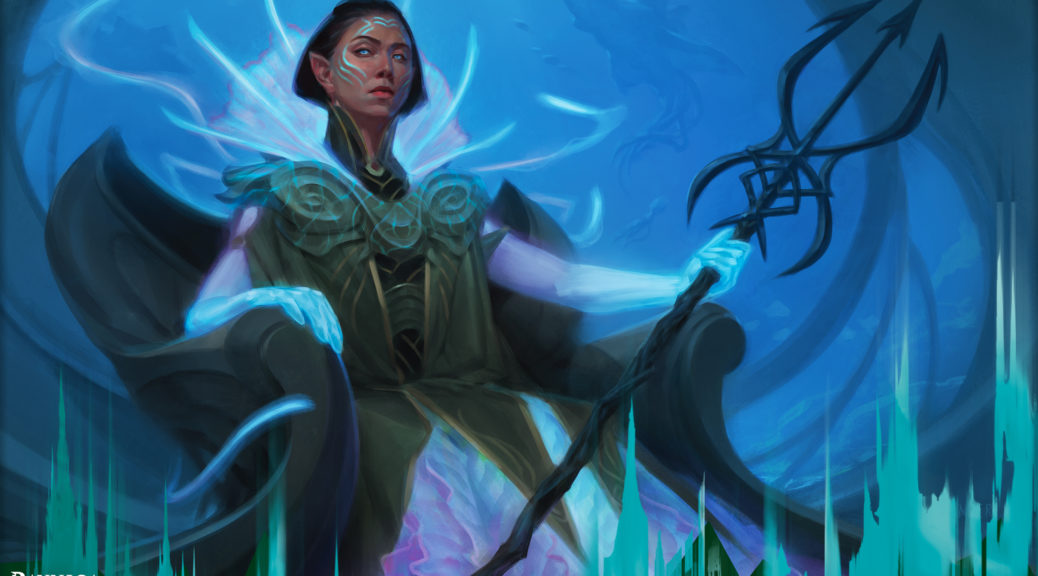 I typically don’t like to advocate cards with very high buy-in price, low supply and other cards like that. There are a lot of reasons for this. Perhaps the biggest one is that basically everyone who writes about mtg finance does picks like this. It’s sexy and it you call a card that’s teetering as it teeters and 3 or 4 of your readers get the last few copies (and help push it over the edge) you look like a genius to those people. I think this creates a lot of bad feels for most people, though. I have developed a method that lets me find cards long before they pop, giving people a good long time to get their act together, potentially sell other specs to free up money to get in and buy cards that aren’t teetering which could result in the orders getting cancelled once the seller gets wise of the incoming (or incipient) spike.

This has the unfortunate side effect of me “missing” obvious cards, meaning that I don’t talk about them. I also tend to use my limited column space to talk about cards I do like rather than discussing picks I overlook for various reasons. If I am ignoring a card because the buy-in is too high or the supply is too low, I do just that – I ignore the card. That has the unintended side effect of not hipping the readers to the cards that are about to topple. While I think other authors do a good job of identifying those cards, it’s possible I’m not doing anyone any favors by ignoring cards like that. If someone else didn’t tell you to drop $20 on Athreos, you’re probably wishing you had the opportunity to do that, now. I have a bit of a bias against cards like that, possibly, so I think from now on, I’ll include some notes about cards I am not advocating because identifying them is something I know how to do and a non-zero number of you might find it useful. Speaking of Athreos…

Athreos doubled. A lot of cards are going up ten-fold and a “mere” doubling seems quaint in comparison but I want to make the case for there being a lot of value for players in the identification of cards that are already $15+ dollars but are about to get a nod from a new deck like Athreos. There are a few groups of people who would prefer to see these kinds of cards rather than me calling $0.99 cards like Hallowed Spiritkeeper even if that Spiritkeeper hits $10 like I’m hoping it will.

Players who aren’t trying to buy their specs at retail and sell at retail may have some issues with buying cheaper cards that may top out at $5 or $6 even if they got them very cheap. If they are buying with the hope of outing to a buylist, they need to make a significant return because they are both buying and selling suboptimally. This is usually fine, especially if retail is $0.99 at the start and buylist is $6.50 at the end. If you can get dozens of copies from one person and only pay shipping once, that’s great. If you can only pay shipping to send to a buylist once, also great. But if the card goes from $1 to $5 and buylist goes to $2.50, the fees eat all of your profit. A card quintupling is nice, but Travis Allen basically abandoned the cheap spec life and wrote this article about how hard it is to get out of specs.

2. People who DO have a TCG Player store or similar retail out.

You need to be very sure that the demand is real because if you buy 100 copies of a bulk rare, you need to sell 100 copies of a bulk rare. Buylists are attractive because you can make one “sale” and be done with everything, but if you are trying to sell on TCG Player, you need to deal with those cards as “inventory” which means shipping them 1-4 copies at a time. Fees pinch you here, too, especially if you offer free shipping like most “I’ll be the cheapest listing on TCG Player to make sure it moves” sellers. A $1 card going to 3 and a $100 card going to $200 card is theoretically the same amount of growth if you bought 50 copies of the $1 card, but you’re looking at between 15 and 50 stamps, envelopes, TCG Player fees, etc. Your worst case scenario if you’re wrong on the $100 card is you sell it for like $90 and lick your wounds. If you miss on 50 copies of a $1 card, you put them in a fail box forever.

3. People who want to play Magic with the cards.

If you want to play Magic with Athreos, me having gained you $100 in value by convincing you to buy Black Market at $4 doesn’t help you because you still have to pay $35 for Athreos when you get around to building the deck. If you are buying 1 copy of a card because you’re building the deck, saving you $2 on a Skullclamp pales next to costing you $16 on an Athreos.

I don’t want to exclude those groups of people and while other writers on MTG Price do a good job of identifying when to buy Masterpiece Sol Ring and when to sell it and my niche is other cards, I would be remiss if I didn’t occasionally mention some cards I notice for the groups listed above. What’s the point of developing a solid, data-based methodology for EDH finance if you don’t show all your work and people think you’re a savant at finding dimes and missing Hamiltons? I don’t know how I want to structure the high buy-in cards I do notice from now on, but I’ll talk exclusively about a few there’s still time to buy today and we’ll worry about that next time. Or I’ll keep doing what I always do, Travis, Cliff and James will find your Intruder Alarms and you’ll try to buy them before they sell out and I’ll advocate Saproling Infestation and you may or may not make money.

Since I can actually find these cards, let’s talk about buy-ins around $10 or $15 that have room to go up.

I called this card at bulk and have basically never stopped making money off of it. I sold enough copies at that $4 plateau to pay for my whole order so I am just profiting at this point. (Or, since it’s Theros block, Propheting. Because I foresaw the price increase. And I made money. Look, they can’t all be gems). There is one lunatic with like 40 copies of this for $8 on TCG Player and the next person with more than one copy is charging close to $10. We are at a tipping point and Dictate’s $8 is still cheaper than the $12 for Grave Pact. Grave Pact, by the way, has a ton of printings. It’s also harder to cast than Dictate. I have never once cast this with Flash but that’s still a factor. Add that up, and Dictate shouldn’t ever be cheaper than Grave Pact which is admittedly down a bit from its peak but I think that’s only because Dictate was a credible budget alternative for a while. No longer! Dictate is going up up up and I never mentioned it before because I have “called” this card like 4 times and even though it always went up after, I wanted to find more Flesh Carvers. Don’t congratulate me for calling this again, just make some money and thank me by buying a year of Pro Trader so I don’t feel bad about calling cards I find copies of on Tuesday that I don’t think will make it to Thursday.

What’s Black and White and selling out all over?

Ravos is not that easy to reprint and I think Tymna, Thrasios, Vial-Smasher and a few other of the “ubiquitous” pairs are about to get very dear. Ravos is especially good in Teysa because he does 2 things you need a card to do and that’s very useful. It was going to go up anyway, but Teysa is making this disappear. I hope it’s not too late to grab a copy. Again, this is a card I reasoned would top out at around $18ish where Thrasios, Triton Hero or Tymna, the Weaver is, but they could all go to $30 and then all of us look stupid. At the very least, this was $12ish with a different demand profile and if this “merely” jumps 50%, I saved you $6 and you’re welcome. This is math I did in my head and didn’t include in all of the articles where I didn’t suggest you buy Ravos and now you know why.

It’s not just Teysa cards, either.

Both Vannifar and Nikya are putting in work here and Craterboi is flirting with its historic high. The graph already pegs the fair trade value at above what it was when it didn’t get reprinted in Modern Masters 2017. Do I love a $25 buy-in? Sure don’t. I liked this a lot more at $15. I also like a card that can dectuple and this isn’t hitting $150 bucks, ever, but this is a lot easier to sell, trade or buylist and you don’t ever want to pay $40 for a card that was once $5 so buy these now if you think you’ll use them before they’re reprinted again. Again, I think this card can grow by $7-$10 under likely conditions and there would have to be a serious run on it for it to get to $40 on TCG Player anytime soon, but this is also a card that is basically guaranteed to go up. Some people like the uncertainty in their specs to be “how much” and not “if” and this is a spec for you if that’s you.

This is a high buy-in for a card that was reprinted in a commander deck that had other valuable cards in it, but here we are. This has already doubled. Do I like its current price? No, but other people seem to and of all of the post-popped stuff this seems, to me, the most likely to retain value given its usage in decks outside of Vannifar a deck that, again, I don’t see people building.

In the future, I think I can do a wrap-up paragraph and mention a few of these cards briefly so it doesn’t look like I missed them and so you have the opportunity to save yourself money picking up a copy to play with. I’m not telling you how to use our website. I mean, I guess I used to be, but I won’t anymore. People want finance advice for different reasons and I have acknowledged that on the podcast for 300 episodes so it’s time to do that here, too. Thanks for reading.